Check out the full NC Local newsletter from March 16 for more on this story, the latest on the NC News & Information Summit, updates about new hires across the state, kudos for journalists across North Carolina and more. Sign up to get NC Local in your inbox every Wednesday.

Not long ago, as I was grousing a bit about the challenge of writing a narrative newsletter on the regular, my good friend Melanie Sill (founder of this one) had a beautiful suggestion: Talk to some other people doing the same thing. Write a newsletter about … writing a newsletter.

For me, writing NC Local, the biggest challenge often is deciding which main topic I’ll tackle each week. With a newsletter, that process sometimes feels … lonely. So I asked those folks to talk about how they do it. 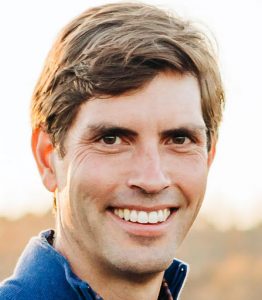 Jeremy Markovich is director of communications for the Program for Leadership and Character at Wake Forest University after two decades as a broadcast, print and digital journalist. He says he started writing Rabbit Hole in his spare time to again satisfy his urge to be independently creative and “get stuff out of my head” after his previous job at Our State magazine went from senior writer/editor to digital manager. Rabbit Hole is now a mix of free and reader-supported content. Adding a paid subscriber option, he says, “kind of sharpened it for me — OK, this is a business now … I’m really thinking about what I’m offering to people.”

“I keep a running file of stuff that just kind of pops into my head that I’m curious about,” he said, “and one of the things I try not to do  — this is gonna sound weird from a journalist — but I try not to think: Is this newsworthy?… Sometimes a lot of stuff that is kind of useful, that people might be wondering about, doesn’t get picked up on because, hey, this isn’t news, necessarily. But I might just see something and I’m like, well, somebody is talking about it. Somebody is curious. I’m curious. What’s the answer to that? Where is this gonna lead me? And sometimes, it doesn’t lead you anywhere… like, you’re not gonna beat Wikipedia on this.

“But then sometimes, you just ask a couple questions or you look into it a little more deeply … and it’s, ‘I don’t think anybody’s done anything on this,’ and that is what makes it spring to life.

“I did something on the elephant that rampaged around Wilmington, which was something I’d never heard of. Somebody just said to me, ‘What’s up with this?’ And I was like, ‘I don’t know, but I’m now fascinated by it, and you can outsource it to me.’ I like to dig in on stuff that I think would be a good question to somebody that is just, you know, drifting by on the internet.”

And that’s how you get the story of the license plate that got DMV’s nose out of joint. Or Mick Jagger having a quiet beer unrecognized at a Charlotte dive bar — owned by a guy named Brian Wilson. (Can’t make this stuff up.) Or the millions on TikTok who admired the Alpine charm of Gastonia.

Other insights: His goal, he says, is for readers of each piece to “maybe have one little thing that sticks with you … I’ve done my job if it’s made the place where you live more interesting.” 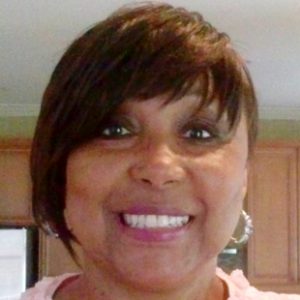 Melba Newsome is an independent journalist who stays busy writing for multiple publications. You may recall that she also promoted new ways for reporters to diversify sources as part of an RJI fellowship in 2020-21. She started the newsletter last summer after winning a two-year deal for funding and support from Meta, on its Bulletin platform. She said she does it “to spotlight environmental injustices and environmental racism, focusing on that part of the state, which is kind of a news desert.”

“When I was reporting a series for The (Charlotte) Observer and NC Health News about the impact of COVID on Charlotte’s Black community, following the numbers really closely, it just showed that statewide, there was a great deal of overlap between places that were hardest hit by COVID and the places that were most polluted, so there was definitely something going on there,” she told me. “I started looking at the numbers in that part of the state. It kind of started with looking at the Butterball plant out there, you know, the largest turkey plant in the world, and the people were sick and still forced to go to work. And then they had this whole thing — they were declared essential workers, but they were treated like they were expendable. Because you know, they had to keep going — if they didn’t go, they’d lose their jobs. And there was also this push by the administration to have them deported. It just seemed like one thing on top of the other. So there’s just a lot going on…

“In the time that I’ve been writing the newsletter I’ve made a lot of contacts with people who live there, people who are part of the conservation and environmental networks, and the environmental justice activists. So they tell me about something that’s going on, or something will come up nationally, and there’s often a local parallel to that.”

Other insights: “The good thing about this for me, as a freelancer, is that I dig way deeper into stories, and I always have other story ideas that come out of it that I can write about for other publications, in a different way … I keep trying to pare back. My problem is, I hate seeing a good story going untold. And especially if it’s something that you care about, and I care a lot about health disparities and environmental issues. Those things keep me up at night.” 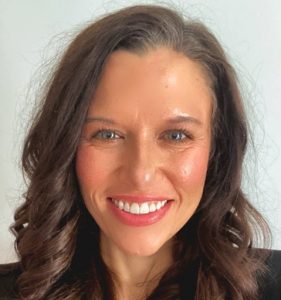 Kate Queram has been a reporter for several print and online outlets in the past decade and a half, including the StarNews in Wilmington and The News & Record in Greensboro. She joined States Newsroom in December, writing “practice newsletters” to test the concept, she said, and went live in January. She writes Evening Wrap five days a week as a topical, cleverly themed, conversational roundup of reporting from States’ capital-focused newsrooms in 26 states (and counting).

“Every morning at 10 a.m. I have a meeting with all the national editors,” she told me, “and they just kind of go through the top stories of the morning from their outlets, and that’s the list that I usually pull from … The theme really emerges in that meeting. Some days it’s very obvious, because the way things are right now, the big issues in state politics are fairly consistent across the country — there’s COVID, and there’s this push on critical race theory, and voting restrictions. Those are the big three. So it’s actually not that hard…”

I told Queram I was impressed with her consistent throughlines, but also with her voice, which has a proper amount of humor and a personal touch.

“I just sort of think about everyday life things in terms of the news,” she said. “I don’t want to make the newsletter about me. I’m not trying to do that. But I feel like it’s just natural to sort of tie it in to either something that’s going on, like pop culture, or something that’s happening with me. And one of the feedbacks that I’ve gotten — I have young kids; I have 3-year-old twins. So that comes up a lot. If you don’t have kids, that’s probably not that interesting, but I heard from a couple of people who were like, ‘It’s really cool that you just kind of put it out there.’”

Other insights: “I approach it like a conversation … I don’t snark for the sake of snark … We’re in this weird moment for democracy and also journalism in general, where this whole idea of ‘both sides’ is maybe not useful anymore. That’s a hard line for reporters to walk, but I feel like I have a little bit more liberty to do that in a newsletter. And I feel like that’s a pretty big responsibility as well.”

Great. But here’s what I most wanted to know…

How do you stay sane?

Queram: “This is the first non-reporting job I’ve ever had. I don’t do interviews, which I thought I would really miss, and so far I haven’t. But it’s a lot more intense. I sit down at 10, I do that meeting, and I usually just don’t move for, like, five hours. But then I’m done… Once I get into it, I like doing it. I get very engrossed in it. So it doesn’t feel like a slog.

“The part that’s difficult is, you know, the country is just depressed. A lot of the things that I’m digging into are just really exhausting. But I think I’m very well suited to what I’m doing, so it doesn’t drain me in that way.”

Markovich: “I have a full-time job, I have a family, and we’re very busy — so I do my very, very best to do this in a way to keep it manageable. So again, it’s my own thing, I’m kind of my own boss. I also am very aware that, yes, people have paid me money to support me. But my biggest thing is sustainability — I want to keep this going. So that’s why a lot of the things that I write about are things I have to be genuinely curious about and just take a short burst of time.” (The Jagger piece “came together in about an hour,” he said — “I wrote that thing on my lunch break” after reaching the bar owner and a couple of patrons. Some other pieces, he said, happen only after months of “plugging away.”)

Newsome: “What gave you the impression that I was sane?”

While we’re on the subject…

“People think their lives are boring, but if you talk to them for more than five minutes you will see that that is not true.”

Andrea Bruce, who has another Meta-supported Bulletin newsletter, Down in the County, a regular report from Pamlico County with lots of stellar photography, talks with The Assembly about the project.

BTW: Two useful newsletters for folks in news and information…