It’s an understatement to say these are challenging times for opinion writers.

Obviously, our society has rarely been this polarized. The internet has blurred the perceived lines between opinion and news content, which were never clear anyway to much of the audience. Misinformation is trusted by millions; solidly reported perspectives are dismissed as media propaganda. The supposed motives of mainstream media, always challenged, are questioned daily, perhaps more than ever.

Inside newsrooms, the definitions and rules of objectivity are changing. Much of the news reporting is becoming more interpretive. Threats are rife against those who report the news — let alone against those who bring provocative opinions and perspectives to the table — while social media make them more vulnerable.

And many news outlets are scaling back their production of opinion content. (See Gannett’s recent moves).

Given all of that, what’s it like to be a woman in her early to mid-20s, not long out of college, writing opinion content for daily metro newsrooms that are trying some new approaches?

That very small club includes Sara Pequeño and Paige Masten, members since last year of McClatchy’s North Carolina opinion team — Pequeño based at The News & Observer in Raleigh, and Masten at The Charlotte Observer.

I had the privilege of a frank chat with them the other day about what they do, and about their challenges.

Check out the full NC Local newsletter from June 15 for more from the Workshop, including industry news, job postings and shout-outs to journalists statewide. Sign up to get NC Local in your inbox every Wednesday.

With the possible exception of your investment portfolio (especially if you built it on the financial acumen of Matt Damon), everything this week is core-meltdown hot.

Dive into something deep

You’ll remember the Security for Sale series, a deep report by the McClatchy newsrooms in May on how corporate landlords were buying up single-family rental properties in North Carolina, to the detriment of renters.

Now the reporters behind that series and the Pulitzer Center, which helped fund the work, are sharing a toolkit that can help others investigate corporate rental ownership in their communities. They’ve included tutorials and are offering to help other reporters as they use the tools.

News & Observer investigative reporter Tyler Dukes, who led the effort, told me that for media in our state, “probably the best use would be to pull our North Carolina data and look for local stories. Which neighborhoods are seeing particularly active corporate buyers? How is that impacting renting and buying? 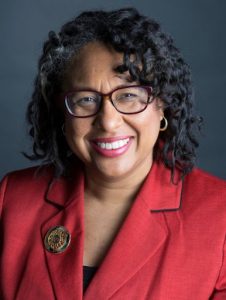 Rochelle Ford, who led a transformation of the School of Communications at Elon University as its dean for the past four years, has left that post to become president of Dillard University in New Orleans. She starts at Dillard on July 1.

Ford, who had been a distinguished faculty member at Howard and Syracuse universities before coming to North Carolina, worked with the faculty and staff to build a new departmental structure at Elon, creating six undergraduate programs in cinema and television arts, communication design, journalism, media analytics, sports management and strategic communication. She and the school have won several prestigious awards in these four years.

I had the privilege of catching up with her a few days ago during her last week at Elon (which, as you know, is the home of the Workshop and the NC Local newsletter). Naturally, we talked a little about gun violence — “we’ve got to deal with the crisis of racism, with the crisis of people lacking conflict resolution skills, and get back to the humanity, seeing each other as real people,” she said — before we discussed her tenure as dean, her views on journalism education, and the reasons for her optimism.