Check out the full NC Local newsletter from August 10 for more from the Workshop, including industry news, job postings and shout-outs to journalists statewide. Sign up to get NC Local in your inbox every Wednesday.

Whenever I encounter artistry — Dvořák’s Symphony No. 9 in E Minor, Op. 95; a complex barleywine, aged to bliss in a bourbon barrel; Messrs. Howard, Fine and Howard’s “Disorder in the Court” — I want not only to take it all in, but also to know: How’d they do that?

So I asked Barry Yeoman the other day about “Schism in the Body.” 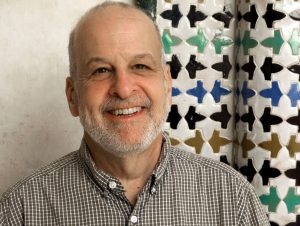 One thing I always appreciate about Yeoman’s writing is that it lets me multitask: While I’m learning about his subjects, I’m also learning something about craft. In “Schism,” a dive into a bitter divide in the United Methodist Church and within a Statesville congregation, published last week by The Assembly, he lets us hear the radically different viewpoints that are doing the rending, but manages to impart the humanity, the dignity, even the wisdom of each person we meet along the way.

Yeoman proves the axiom that good nonfiction writing comes from strong reporting — from taking the time, doing the digging, getting to know the people, being faithful to the truth, building trust. When you get a traditionalist pastor to admit to lust, and in such a lyrical turn of phrase — ‘My lands! She is fearfully and wonderfully made’ — well, obviously you’ve built a relationship.

Here’s what Yeoman told me, in a Twitter conversation, about the process:

I worked on the story for two months, from mid-May through mid-July. Much of that time was doing deep research into the history of the Methodist movement, the Church’s role as a mirror of American attitudes, and the 50-year fight over homosexuality. I interviewed clergy and scholars from across North Carolina.

The biggest challenge came from my decision to embed in a single divided church. The folks at Wesley Memorial were welcoming from Day 1, but it took a few visits before members agreed to talk with me. As the pastor, Chris Fitzgerald, told me in our first call, this was a sensitive subject and people’s hearts were tender. I felt it important to demonstrate that I wasn’t planning to parachute in and grab the story — that I would take the time to hang out and learn about the congregation slowly. So I showed up at church and sat in the back. I let Chris, then others, make introductions. I didn’t attend a Sunday school class until I was invited, and then I explained my mission to the whole class.

There were many follow-up conversations, including a fact-checking phone call or email exchange with each of the principal people I interviewed. That not only ensured accuracy, but it gave them a pretty clear sense of what to expect.

Kyle [Villemain, EIC of The Assembly] and I also made the decision to make a detour to Monticello United Methodist Church for two reasons. First, it was important to note that not every congregation was being torn asunder. Second, there were no openly LGBTQ people in the debate at Wesley Memorial, and I didn’t want to write about the United Methodists’ battle over homosexuality without interviewing an LGBTQ Methodist. Fortunately, I met Donna England, who was forthright about telling her story.

Read the story, if you haven’t, and see the complementary work of The Assembly’s lead producer and videographer, Julia Wall. And hear more from Yeoman about the piece, including how and why he chose Wesley Memorial as his focus, in a Q&A in The Assembly’s Sunday newsletter.