The NC Local News Workshop is grateful for the support of our Advisory Board members across North Carolina, who help us see and understand community information needs and opportunities across the state. They also help us build and provide support across the local news ecosystem. 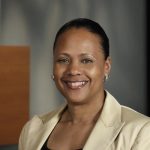 Monica Barnes serves as community engagement director for WTVD ABC11. She is a 25-year veteran of the broadcast industry and currently oversees all public service projects and community-related events for the station’s 23-county viewing area. She also initiated and led a station-wide DEI initiative now known as the Belong team. Prior to her current role at ABC11, she served as the Visitor Information Center manager for the Durham Convention and Visitors Bureau, as well as the public information officer for Durham Public Schools. Among her board and organizational memberships, are the Triangle Nonprofit Volunteer and Leadership Center, The Boys and Girls Club of Greater Durham and Orange Counties, the Wake Education Partnership, The Triangle and National Associations of Black Journalists and the Durham Alumnae Chapter of Delta Sigma Theta Incorporated, and many others. 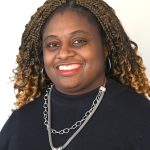 Rana L. Cash is the executive editor of The Charlotte Observer and oversees The Herald in Rock Hill, S.C. Before joining the Observer, Rana operated Gannett newsrooms in Georgia, including the Savannah Morning News where she was executive editor. Rana spent many years in sports journalism before becoming Sports Editor of the Louisville Courier-Journal. A native of Florida and proud graduate of Florida A&M University, Rana enjoys hiking, cooking, exercising and attending museums and live theatre events. 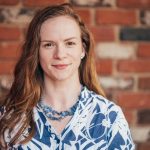 Lizzy Hazeltine is the fund coordinator for the NC Local News Lab Fund, which funds the NC Local News Workshop, and has worked in venture capital for startups and in journalism and media, including the startup phase of Scalawag magazine. She’s also a coach for the UNC Knight Table Stakes Initiative, which is focused on helping local news organizations build digital strategies for financial sustainability.

Greg Hedgepeth currently serves as director of marketing and communications for the N.C. State University Graduate School. He’s also the president and CEO of Substantial Media, LLC, a multimedia platform that seeks to amplify the voices and stories of black and brown communities, and also bring awareness to important issues that impact these communities on local, state and national levels. Greg has worked in the higher education marketing, communication and public relations industry for over 15 years, serving in leadership roles at both divisional and university-wide levels. Greg is a certified digital marketing professional, a husband, father of two beautiful little girls, an adjunct professor and a social entrepreneur. 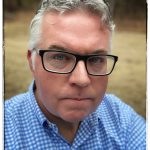 Bill Horner III is a third-generation newspaperman who followed his grandfather and father as publisher of The Sanford Herald, founded by W.E. Horner, Sr. in 1930. Now, 45 years after his first byline in that newspaper, Bill is part of the ownership group of the Chatham News and Record, where he serves as publisher and editor. The publication has won more than a dozen awards for column and editorial writing and reporting since 2019. Bill has worked on the staff of eight different newspapers, beginning with his early days at The Herald, where he was publisher from 1998 until his first retirement in 2016. He was given special citations for his service to Sanford and Lee County upon his retirement in 2016 by the Sanford Area Growth Alliance and the Lee County branch of the NAACP. One of Editor & Publisher magazine’s 15 “Editors Extraordinaire” for 2022, Bill and his wife, Lee Ann, who live in Sanford, have three grown children.

Paola Jaramillo is a Colombian journalist, immigrant, entrepreneur, co-founder and executive director of the Spanish-language non-profit news organization, Enlace Latino NC. Passionate about research and community, her work has been recognized with more than 24 national journalism awards by the National Association of Hispanic Publications of America (NAHP). Paola believes that now, more than ever, it’s urgent to create new journalistic spaces that tell well-written, informative and educational stories that provide the community with the necessary tools to make informed decisions. 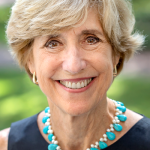 Susan King is the John Thomas Kerr Distinguished Professor in the University of North Carolina’s Hussman School of Journalism and Media, and served as the school’s dean from Jan. 1, 2012, until Dec. 31, 2021. Under her leadership, the school revitalized its undergraduate education curriculum, built the Curtis Media Center and surpassed its fundraising goal of $75 million, among other accomplishments. During her career, Susan spent more than 20 years in Washington, D.C., as an anchor and reporter covering politics, including serving as a White House correspondent for ABC News. She also reported for CBS, NBC and CNN, and hosted the “Diane Rehm Show” and “Talk of the Nation” for NPR. She was confirmed by the Senate twice during her five-year career in government during the Clinton administration. In 1999, Susan joined Carnegie Corporation of New York as vice president for external affairs, leading communications. She launched and led the Carnegie-Knight Initiative on the Future of Journalism Education in collaboration with the John S. and James L. Knight Foundation. She serves on numerous boards, including BBC Media Action, WUNC Public Radio, Carnegie Council on Ethics and International Affairs, Carolina Beacon and the Leadership Roundtable. She is a founder of the International Women’s Media Foundation and was recognized with the IWMF’s Lifetime Achievement Award in 2019 and the prestigious Scripps Howard Administrator of the Year Award in 2020, among many other honors. 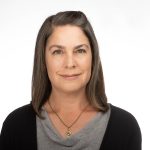 Catherine Komp has two decades of experience in public and nonprofit media, serving in various positions including content director, editor, reporter, producer and host. Catherine advocates for diversity in public media leadership, staff and programming; expanding community engagement and partnerships; and creating space for youth voices on public media platforms. Catherine is currently BPR’s director of content. She’s previously served as senior editor at VPM News and executive producer and senior editor at FSRN. Catherine was a 2020 Fellow in the CPB/ASU Editorial Integrity and Leadership Initiative; a winner of the Virginia Press Association’s 2020 Leadership and Innovation Awards; and has received dozens of other journalism awards for work, including a 2018 National Edward R. Murrow Award for Excellence in Sound.