News has a short attention span, but a recent panel turned into a forward-looking, insight-rich session showing the way for North Carolina media to build better long-term coverage of Asian American and Pacific Islander people — and support AAPI journalists — to make and deepen connections in our increasingly diverse state.

That was the NC Local News Workshop’s aim in bringing together five journalists and a community leader on May 14: To look beyond the immediate. We wanted to learn from the journalism discussion that followed the murders of six women of Asian descent in Atlanta, amid new attention to the reality of anti-Asian violence and rhetoric as an ongoing reality. 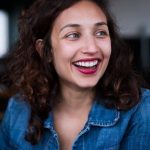 I hope you will watch it for yourself, because no summary is as good as hearing these panelists’ insights in their own voices and words, led by WUNC host Anita Rao. We were joined by Chavi Khanna Koneru, cofounder and executive director of NC Asian Americans Together; WRAL-TV anchor Renee Chou; News & Observer reporters Julian Shen-Berro and Ashad Hajela; and Waliya Lari, a former WRAL executive producer who now is head of programs and partnership for the Asian American Journalists Association, our cosponsor.

In North Carolina, where the diverse population of AAPI people represents one of the state’s fastest-growing groups, our panelists pointed out opportunities for better journalism that also helps newsrooms build relationships and audiences. Yet many newsrooms lack key resources for being able to cover these communities — language skills, relationships and sources — and don’t realize the gaps till they’re in the midst of a breaking news story.

AAJA responded to the events of spring by publishing updated guidance for covering AAPI people and issues, an an audio pronunciation guide to the Atlanta victims’ name, and additional resources for understanding and reporting accurately.

Yet mistakes often happen at that basic level, Lari noted: Mentioning a detail that is ordinary in one culture as noteworthy, for instance. She referred to a 2016 piece she wrote for RTDNA, “The Words of Journalists Have Power,” that offered descriptions of two men — one a suspected terrorist, and one her husband — with details such as having recently grown a beard, having emigrated from Afghanistan, and other elements often used in descriptions of terror suspects.

Read moreWe’re missing a lot in covering NC’s AAPI communities: Hear how that can change

in the days and weeks after an Atlanta-area gunman killed eight people, including six women of Asian descent, news coverage prompted a national discussion about journalism’s gaps and blind spots in covering AAPI people and communities.

The Asian American Journalists Association‘s staff and members stepped up quickly to provide invaluable guidance and accountability for media, many suddenly trying to cover people and communities where they had little grounding, and also to mobilize support for AAPI journalists.

Now the NC Local News Workshop is teaming up with AAJA for a Zoom workshop May 14 from 2-3 pm to help North Carolina media and communities gain from lessons learned through this coverage and the ensuing conversation.

Moderator Anita Rao, WUNC journalist and host, will lead a panel featuring NC journalists, national and state AAJA leaders and the head of NC Asian Americans Together, and taking on key questions:

We want your voice in this conversation, which can help North Carolina media move from reaction to response and long-term improvement: Find details here, or register right away here.

Check out the full NC Local newsletter from April 14, including how to get support to attend the Collaborative Journalism Summit, shoutouts for WSOC’s housing series, a new local news website for Davidson County, a new website to guide news organizations on unpublishing content, and lots more about North Carolina’s vibrant local news ecosystem. Sign up to get NC Local in your inbox weekly.

After more than a year of some of the worst gut punches ever to journalists, Jane Elizabeth says it’s “time to tackle the biggest challenge so far: rebuilding and reconceptualizing the local newsroom.”

Elizabeth was managing editor of The News & Observer and The Herald-Sun for 28 months of multiple crises — layoffs, a pandemic, new workflows, social upheaval, disinformation, attacks on the media, political turmoil, McClatchy’s bankruptcy — until she left last November. She’s now a media consultant working with a former employer, the American Press Institute, to identify the most important parts of that “biggest challenge” and jumpstart some solutions we can share … and she needs your help.

The project focuses on joining the participating media organizations as a learning cohort and support network for their efforts to better represent, include and serve North Carolina residents who are Black, Native American, Latino, or LGBTQ, and other stakeholders who have lacked representation or agency in media.

It grew out of national and local conversations in the summer of 2020, as the Black Lives Matter movement and a series of other events brought new scrutiny to inequity and representation gaps within media organizations as well as in their content and coverage.