Bloom '17 will appear in season two of HBO's "The Gilded Age" as socialite Caroline Stuyvesant.

Nicole Brydon Bloom ’17 will be joining the cast of season two of HBO’s “The Gilded Age.” Bloom’s character, Caroline Stuyvesant, is described as “a beguiling socialite who is the perfect heiress for marriage” and full of “wit and disposition” in a Deadline article announcing her in the role.

Bloom, who originally came to Elon as a journalism major in 2013, says watching Elon Acting’s production of “August: Osage County” as a first-year student awakened her desire to pursue an acting career.

“They were so encouraging of me taking risks as an actor. In auditions it is really easy to fall into, ‘What do I think casting directors are looking for and how do I fit into that.’ And that can be very limiting,” she said. “Elon was so good about emphasizing finding a way to make the character you, instead of what you think it should be.”

Originally from the Tri-State area, Nicole always had an affinity for New York City and had hoped her postgraduate plans would take her there. Upon graduating in 2017, she spent her summer in Kentucky doing regional theatre but found her interest in film and television expanding. Shortly after, she found the opportunity to move to New York City and began auditioning for film and television. Some of her more recent credits include Chloe Cooper on “Law and Order: SVU,” Lilia in “The Affair,” and Sarah in “1BR.”

Bloom initially auditioned for season one of “The Gilded Age” and shared her strong admiration for creator Julian Fellowes’ work with “Downton Abbey.”

“I loved Downton Abbey and Julian Fellowes’ work. I was still in college when I heard the rumors that he was making a new show like the ‘New York version of Downton Abbey.’ I emailed my agent, and I was like I have to be in this. I told my agent, ‘If this comes up, I would love the opportunity to read for them,’” she shared.

While Bloom did not end up joining the cast of season one, she still believes that everything happened the way it was supposed to.

She reflected, “All good things take time. It wasn’t meant to be, and I do believe that because I met my now fiancé a month later. If I had been filming or had gotten the opportunity, who knows where I would’ve been?” She continued, “It didn’t go my way initially, but I was really happy when they circled back for season two.” 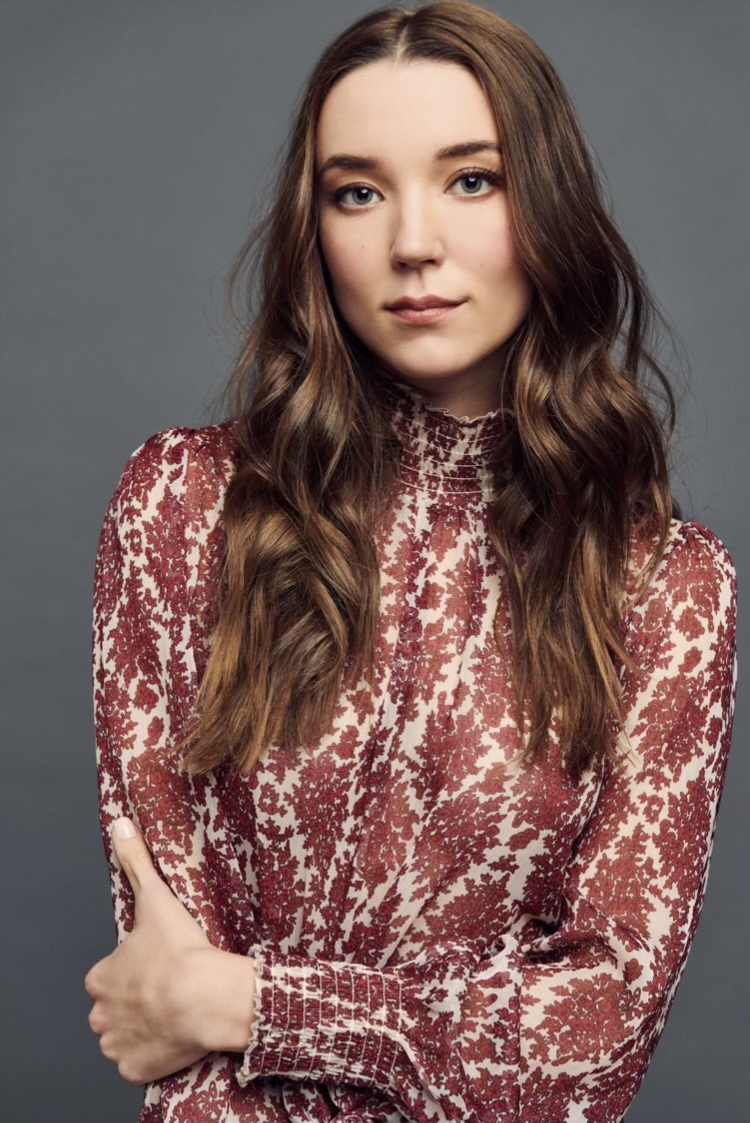 Despite her growing career, Bloom has felt the strong rejection that comes with working in the entertainment industry. In surrounding herself with people who support her as well as exploring other outlets and interests, Bloom was able to build the resilience to sustain her acting career.

“Find other outlets, other creative outlets, whether it’s drawing or reading or whatever, find those things that will keep you going when you’re getting no’s from acting,” she suggests.

Her other piece of advice to emerging artists?

“Pick an area to live in where you know you will be happy, regardless of your acting,” Bloom said. “The industry is hard. There is so much rejection. You have to find where you place that. Surrounding yourself with the right people and finding different avenues and outlets and different interests that can keep you busy while you are pursuing what you love. If you are happy, your work will be better.”