The work with be performed in McCrary Theatre on Friday, Saturday and Sunday. It's directed by Fred Rubeck, choreographed by Faythe Kelly with Christopher Rayis serving as music director.

Elon University’s Department of Performing Arts wil be offering its production of the Broadway hit “Into the Woods” Feb. 11-13 in McCrary Theatre in the Center for the Arts. 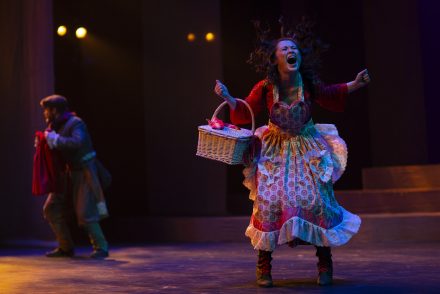 Stephen Sondheim’s funny, clever, poignant Tony award-winning work reimagined classical fairy tales woven into one new story exploring the nature of desire and reality. From its opening on Broadway, “Into the Woods” has delighted audiences worldwide, partly because it peers so honestly into the nature of human desire.

The production is directed by Professor of Performing Arts Fred Rubeck and choreographed by Faythe Kelly. The music is directed by Christopher Rayis. The full cast and creative list is available in the online program.

Rubeck offers this note on the production:

I have been hoping to direct Into the Woods since I first heard the original-cast Broadway recording over thirty years ago. At that time, I admired the cleverness of the concept (this was long before Shrek!) and the mind-blowing depth of its wordplay (about the cow, Milky White: “while her withers wither with her” Who in the world dreams up lyrics like that?!?) Sondheim had me hooked since I first saw Sweeney Todd years prior — this cemented the deal. I soon began to learn the breadth and depth of Mr. Stephen Sondheim’s contributions to theatre history. Mr. Sondheim’s recent death saddened us all.  While this production was in planning for months prior to his demise, I hope today that our version of Into the Woods can serve as our modest memorial to his theatrical genius.  There shall never be another. 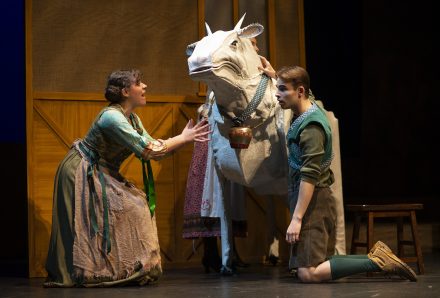 I recall at the time hearing some critics referencing Into the Woods as a kind of allegory for the AIDS crisis. One who knows the era can easily find references to those times and the struggles so many endured. But I think to link the play to that era exclusively shortchanges its value as a work of art. Could this musical not speak to a nation shaken to its core by the unthinkable attacks of 9/11? Could the “giant” we battle today not be a global pandemic?

Part of the genius of this work lies in its ability to connect to the audience of any era at the human level. This is not a documentary about a baker and his wife- it’s not about health crises or murderous attacks. Into the Woods asks each of us to consider what do we dream and wish; to ponder the joy and folly of our dreams; to ask what do we fear, and what will we do to get what we wish; and how will we handle the reality the next morning?

What is your wish? What giant do you battle?
I wish you all the best on your journey with us this evening. 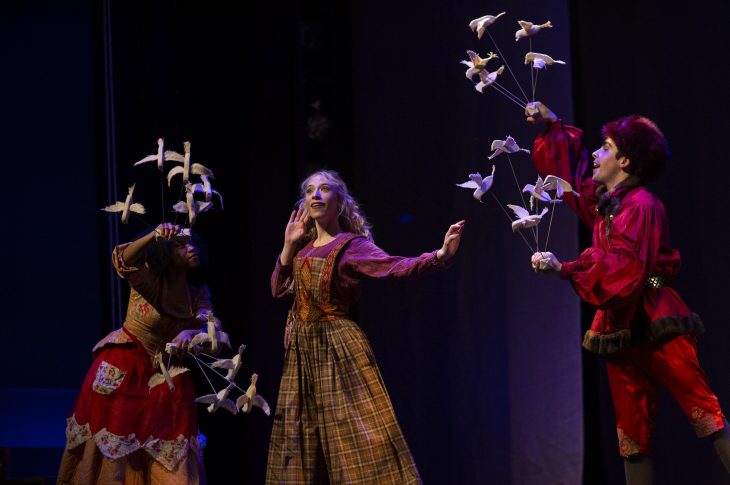 The performances on Friday and Saturday begin at 7:30 p.m. and Sunday’s performance begins at 2 p.m. Tickets are available online at elon.universitytickets.com.