A Hindu festival of color and sharing love, Holi marks the end of winter and the beginning of spring where colored powder is thrown to celebrate the earth returning to color and life, and good triumphing over evil. Note to participants: wear old clothing that can get dirtied by paint. Sponsored by the Truitt Center for Religious & Spiritual Life

The Department of Art at Elon offers multiple scholarships. Every year, students compete for these scholarships by submitting a portfolio that documents their performance in studio classes and their active participation in the art community. This exhibition represents art from this year’s recipients. 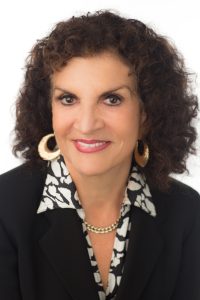 Dr. Marta Tienda studies social inequality and its racial, ethnic and gendered variations. The Maurice P. During ’22 Professor of Demographic Studies and professor of sociology and public affairs emerita at Princeton University, she has written extensively about fair access to higher education. She is co-author of “The Hispanic Population of the United States” (1987), the first national comparison of the major nationality groups, and has contributed to other important books and more than 200 scholarly articles. She is a member of the American Academic of Arts and Sciences, the American Academy of Political and Social Sciences, and the National Academy of Education. Sponsored by Phi Beta Kappa, North Carolina Eta Chapter 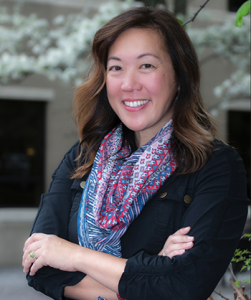 A professor of counseling psychology in the Lynch School of Education and Human Development at Boston College, Belle Liang’s research explores positive youth development including mentoring and relational health in adolescence and young adulthood. She is the principal investigator in the Purpose Lab and is currently developing True North, a curriculum and web-based application for creating purpose profiles to be used in schools and universities. The lab also explores topics such as mentorship, gender, social oppression and privilege, and whole-person education. Admission: $15 or Elon ID. Tickets available beginning March 15 at elon.universitytickets.com.

The Percussion Ensemble’s exciting spring program features the music of contemporary composers. Directed by Mariana Poole, it includes a variety of musical styles played on both traditional and “found object” instruments. Sponsored by the Department of Music

The author of two memoirs and two collections of personal essays, Sonja Livingston writes about poverty, devotion, women and the shifting landscape of the Catholic Church. Her first book, “Ghostbread,” has been widely adopted for classroom use and won the AWP Prize for Nonfiction. She has received a NYFA Fellowship, an Iowa Review Award, a VanderMey Nonfiction Prize, and an Arts & Letters Prize, as well as grants from Vermont Studio Center and The Deming Fund for Women. Livingston teaches at Virginia Commonwealth University and the Vermont College of Fine Arts.

McCrary Theatre, Center for the Arts

The cherry orchard will be sold to pay its owner’s debts. Can the characters agree on a way to save it? As the auction nears, former serfs debate with aristocrats to ponder and plan for a future they cannot clearly envision, but one that fills each of them with apprehension as they negotiate their conflicting thoughts and emotions surrounding creeping, unknowable change. The Cherry Orchard was Anton Chekhov’s last play. Written in the early 20th century and directed at the Moscow Art Theatre by Konstantin Stanislavski, it is widely considered a masterpiece of the modern theatre. Admission: $15 or Elon ID. Tickets available beginning March 18 at elon.universitytickets.com.

The Elon Orchestra and Dr. Thomas Erdmann close his 18th year as music director. Featured in the program will be Elon faculty member and alumna Gretchen Bruesehoff ’09 singing Handel’s “Laschia ch’io pianga’ from the opera “Rinaldo.” The charming “Capriol Suite” by Peter Warlock will also be performed. Sponsored by the Music Department 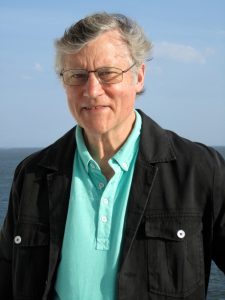 William Ferris and his research team have curated more than 100 photographs taken in the heat of the 1960s Civil Rights Movement in the American South, by activists or local news photographers who documented the history taking place before their eyes.

Born and raised in an anti-segregationist family in Mississippi, Ferris taught English at Jackson State University (1970-72), taught in the Afro-American and American Studies Programs at Yale University (1972-79), served as professor of anthropology and founding director of the Center for Study of the Southern Culture at the University of Mississippi (1979-97), and served as professor of history and senior associate director of the Center for the Study of the American South at the University of North Carolina at Chapel Hill (2002-17) where he is now the Joel R. Williamson Eminent Professor of History Emeritus. Admission: $15 or Elon ID. Tickets available beginning March 24 at elon.universitytickets.com.

Holy Week: Stations of the Cross

All are welcome to participate in the annual Stations of the cross on the Christian observance of Good Friday. This walking journey involves prayer and reflection on the passion and death of Jesus Christ.

Elon Hillel hosts Elon’s annual Passover Seder, a musical and interactive community journey from slavery to freedom that is open to the entire community. Please join us to celebrate renewal, springtime and freedom. Tickets will be for sale at www.elon.edu/hillel. Sponsored by Hillel and Jewish Life

Susan Joy Hassol is an award-winning climate change communicator and author known for making complex issues accessible to the public for 30 years. She was the writer of the first three U.S. National Climate Assessments, an HBO documentary, and recent articles in The New York Times, The Boston Globe, The LA Times, and Scientific American. Climate change is a manmade problem and it has manmade solutions. Because the world has so far failed to act with the necessary urgency, we now face a climate emergency. But crises can also present opportunities, and many of the solutions to the climate crisis solve other problems too, resulting in a safer, healthier, more equitable world. In this wide-ranging keynote, Susan will share a vision of the future we can create and discuss pathways for reaching it. She will help us see that our actions matter and the future is in our hands. Sponsored by the Office of Sustainability; Center for Environmental Studies; Doherty Center for Creativity, Innovation and Entrepreneurship; Kernodle Center for Civic Life; and the Strategic Communications Department

A professor of counseling psychology in the Lynch School of Education and Human Development at Boston College, Belle Liang’s research explores positive youth development including mentoring and relational health in adolescence and young adulthood. She is the principal investigator in the Purpose Lab and is currently developing True North, a curriculum and web-based application for creating purpose profiles to be used in schools and universities. The lab also explores topics such as mentorship, gender, social oppression and privilege, and whole-person education. Admission: $15 or Elon ID. Tickets available beginning March 15 at elon.universitytickets.com.

Exhibition continues until May 20

élan, “The Music of Stevie Wonder”

Elon’s a cappella/vocal jazz ensemble, élan, presents a tribute concert to the music of acclaimed singer/songwriter Stevie Wonder. From early Motown throughout his career, the concert will feature some of Stevie’s greatest hits. Sponsored by the Department of Music 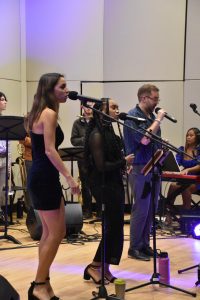 Under the direction of Lecturer in Music Virginia Novine-Whittaker, the Elon Music Ambassadors will showcase its Spring touring concert, featuring a wide variety of genres from jazz to pop. This eclectic ensemble consists of 11  talented musicians, instrumentalists and vocalists, each selected by the music department faculty to represent Elon University to prospective students and perform for special university events. Sponsored by the Department of Music

Join us to mark Yom HaShoah or “Day of Remembrance of the Holocaust and Heroism.” Every year Elon gathers as a community to commemorate the victims of the Holocaust and to remind us all of the terrible deeds that can be carried out when bigotry, hatred and indifference are regarded as normal. Elon students, faculty and staff will share quotes and stories to remember the lives of those who died as a result of the racial purity measures in German-controlled Europe during World War II, to honor those who survived, and remind of their experiences during this dark time. Sponsored by Hillel, Jewish Life and Jewish Studies

Yom HaShoah: The Reading of the Names

Elon will gather in the tradition to read aloud the names of persons who perished in the Shoah accompanied by a year and location one after another. We will participate in this collaborative act of remembrance to emphasize the depth of loss of Holocaust victims. Sponsored by Hillel, Jewish Life and Jewish Studies

“Movin’ On” picks up where “A Chorus Line” left off. A humorous and compelling look at the lives of six successful Broadway performers trying to sing and dance their way out of the chorus line. Admission: $15 or Elon ID. Reservations are highly recommended and will be offered beginning April 22 at elonperformingarts.com. 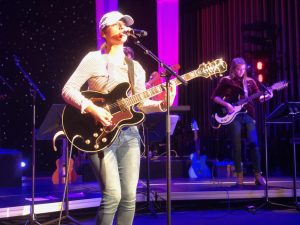 The Electric Ensemble’s Songwriter Showcase features original music composed and performed by singer-songwriters and other talented musicians in Elon’s Music Production & Recording Arts program in a variety of musical genres and styles. Sponsored by the Department of Music