A Conversation with Tommy Orange 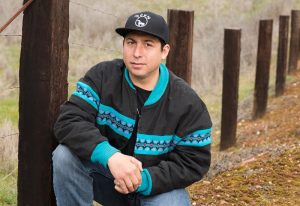 Tommy Orange’s “There There” is an exceptional debut novel that grapples with the history of a nation while showcasing a side of America few of us have ever seen. After noticing a lack of stories about urban Native Americans, Orange created a remarkable work that explores those who have inherited a profound spirituality, but who are also plagued by addiction, abuse and suicide. “There There” tells the story of 12 characters who each have private reasons for traveling to the Big Oakland Powwow, and who come together after a brutal act of violence. Admission: $15 or Elon ID. Tickets available beginning November 29 at elon.edu/boxoffice. For information, call (336) 278-5610. 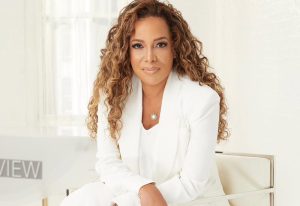 Sunny Hostin is a three-time Emmy Award-winning legal journalist, former federal prosecutor, New York Times bestselling author, and co-host of The View. At Elon, she will explore the way Americans shape their perceptions of justice through both established and emerging sources of news and entertainment.

In May 2021, Hostin released her debut novel, “Summer on the Bluffs” (William Morrow), which skyrocketed to #11 on The New York Times Bestseller List. The first book in her “Summer” trilogy is being adapted into a series as the first major project for Sunny Hostin Productions. In the fall of 2020, Hostin released her memoir, “I Am These Truths: A Memoir of Identity, Justice, and Living Between Worlds,” with HarperOne.

Hostin has been featured in The New York Times, The Wall Street Journal, Forbes Women, Essence, Newsweek, The New York Post, Latina and Ebony. A sought-after public speaker, she has delivered a TEDxTalk titled “A Possibility Model” and spoken at and moderated panels for the U.C. Berkeley Graduate School of Journalism, Corporate Counsel Women of Color, and the National Bar Association, and served as a witness at the Federal Judiciary’s Congressional Hearing for the Public’s Right of Access to the Courts.

The Distinguished Leadership Lecture Series presented by The Joseph M. Bryan Foundation is an integral part of Elon Law’s Commitment to learning, lawyering and leadership. The series brings accomplished leaders from a variety of disciplines to Elon University to share their experiences and perspectives with students and faculty. Admission is free and no tickets are required. Elon Law encourages RSVPs at law.elon.edu/leadership to help interested guests receive timely information and updates. 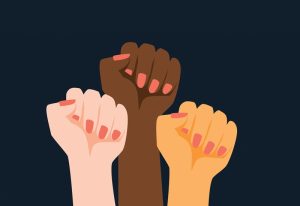 It’s the summer of 1972. The battle to ratify the Equal Rights Amendment is ramping up across the nation. Congresswoman Shirley Chisholm is campaigning for president. And in midtown Manhattan, a group of women have created a magazine “for feminists who love fashion.” As the war in Vietnam intensifies, and the Watergate scandal erupts, the charged political and social climate challenges friendships and the future of the magazine itself. Poignant and hilarious, “The Inferior Sex” looks at finding your politics, your community and your voice in an ever-changing world.

Content warning: The Inferior Sex is set in a women’s magazine in 1972. The women discuss issues of sexism, sexual assault, sexual harassment, sexuality, racism, microaggressions and systemic racism. Admission: $15 or Elon ID. Reservations will be offered beginning January 13 at www.elonperformingarts.com.