In this edition of #ElonTBT, we celebrate a campus staple as Alumni Memorial Gymnasium turns 70 years old. 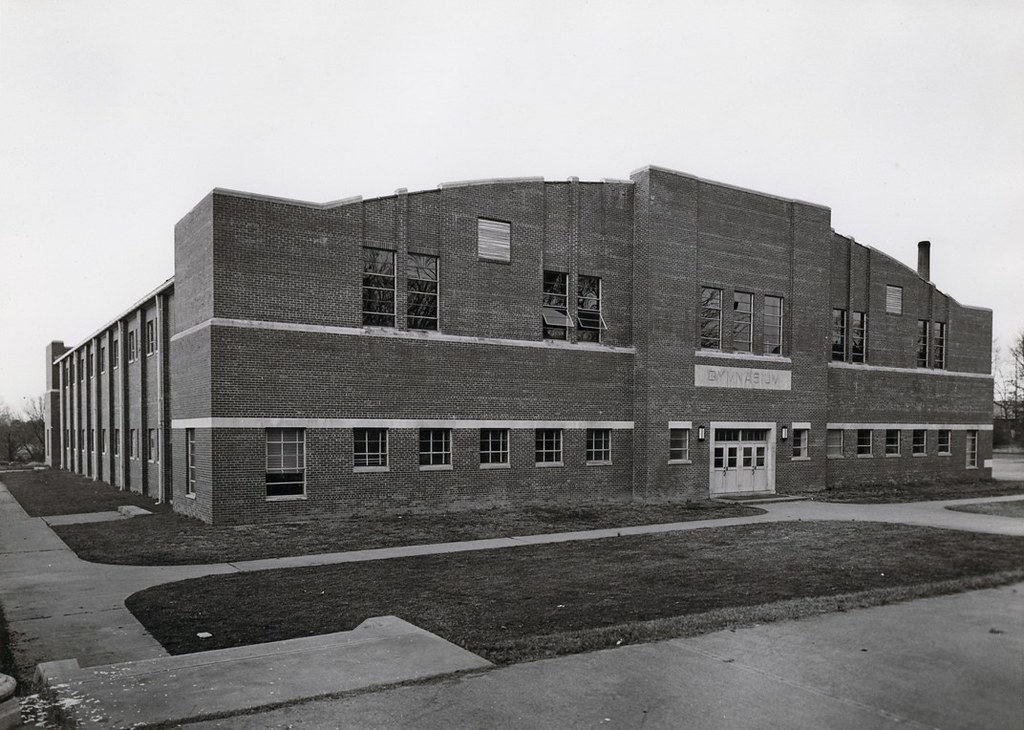 On Jan. 14, 1950, Elon opened a new gymnasium meant to honor Elon students and alumni who fought and died in World War I and World War II. Seventy years later, Alumni Memorial Gymnasium is still a key landmark on campus, serving as a venue for sports, entertainment and other events for Elon and surrounding communities.

The construction began as a key feature of the “Elon College Stabilization and Improvement Fund” capital campaign of the mid-1940s, but a passionate group of alumni would later take the lead on the project.

Following the second World War, Elon’s Alumni Association offered to build the gym and raise funds for the project, collecting $86,000 in donations from September 1946 to February 1949. The Board of Trustees later voted to borrow $145,000 to help with the completion of the gym.

The Alumni Association found creative ways to build the gym and remain within the budget. Louis M. Kearns Jr. ’26 developed the plans for the building as his gift to the campaign, and the Alumni Association served as general contractor for the project. Alumni Secretary James F. Darden ’43 bought the materials, created a payroll and led the effort to raise money for the building, and the Alumni Association hired students to help with construction for the minimum wage rate of 75 cents per hour. Additionally, a physics class led by Professor A.L. Hook designed and installed the gym’s electrical wiring.

The community’s work paid off as the new gym opened less than a year after its March 1, 1949, groundbreaking ceremony.

Alumni Gym hosted its first public event on Jan. 14, 1950, as 2,250 students, alumni and fans watched the Elon men’s basketball team host Catawba College. The Fighting Christians lost 66-57 in what the Jan. 25, 1950, edition of the Maroon and Gold student newspaper called a “terrific battle” with 16 lead changes.

The gym was formally dedicated on Dec. 2, 1950, at halftime of Elon’s basketball game against UNC-Chapel Hill. The Class of 1950 marked the moment by presenting the school with a bronze plaque, etched with the names of Elon alumni and students who died fighting in the World Wars.

After its first 40 years of service, the gym underwent its first major renovation in 1992. The upgrades included the addition of air conditioning, new flooring, bleacher seating, offices, classrooms and renovated locker rooms. The project was made possible by a $250,000 pledge from Trustee Emeritus Bob McKinnon ’62 and Della Vickers McKinnon ’62 and a $50,000 challenge grant from the Kresge Foundation.

A lead gift from Trustee Jeanne Swanner Robertson and her husband, Jerry Robertson, brought on another major renovation for Alumni Gym in the summers of 2010 and 2011. The project added new seating areas in the north and south ends of the gym and replaced all bleacher seating with theater-style seats. The gym was also outfitted with a new sound system, lighting and video boards, as well as new locker rooms, meeting rooms and office space for the men’s and women’s basketball and volleyball teams. The gym floor was named Robertson Court in recognition of the couple’s gift to Elon.

Alumni Gym continues to host a wide variety of campus events, including the Call to Honor, Elonthon and other university gatherings, 70 years after first opening its doors.

Winter Wonderland, a celebration in its third year, will take on a new form in 2021 as Elon Outdoors, the Student Union Board and Late Night Elon will invite students to take part in a three-day event.

The economics consulting student applied his business coursework in the competition organized by online retailer Chewy.