Working with the Pew Research Center, the center asked hundreds of tech, business and policy leaders what they think digital spaces will look like and how people will use them in 2035.

Looking ahead more than 20 years, what will digital spaces look like and how will people use them? In the fast-changing digital world, it’s hard to predict, but Elon’s Imagining the Internet Center and the Pew Research Center have picked the brains of top minds on that question for their latest report, “Visions of the Internet in 2035.” 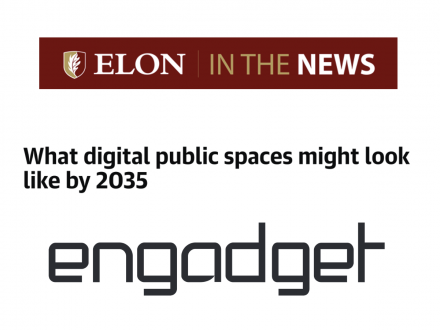 In a recent article, the technology media outlet Engadget highlighted the new report, noting that of those polled, 61 percent of respondents predict that things will change for the better by 2035 while 18 percent argued that currently “digital spaces are evolving in a mostly negative way.” Just 10 percent think the internet’s evolution is mostly positive.

From the article by reporter Andrew Tarantola:

Their concerns centered around four thematic problems: Humans behave selfishly when not tethered by traditional societal norms; the rate of online advancement has confounded society’s less tech-savvy members, making them more susceptible to malicious digital systems they don’t fully understand; governments are increasingly ineffective at regulating the tech industry; and, as such, trolls, scammers and Nazis continue to run amok in digital public spaces. And though few of the respondents held much confidence in society’s short term solutions, many remained hopeful that we’ll get our collective act together and start acting like grown-ups on the internet by the middle of the next decade. Three cheers for low bars.