Rosen will lead a series of workshops during his two-day visit to campus.

The Elon Music Theatre program in collaboration with the Gender & LGBTQIA Center has the privilege of hosting guest artists each semester to help foster the learning and growth of their current students. As part of Elon’s initiative to make its spaces more inclusive and to partake in constructive discussions, the Music Theatre program strives to bring in artists from underrepresented communities. 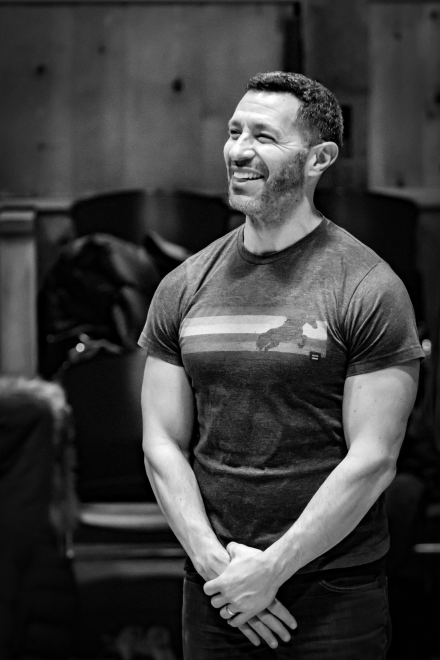 This semester, the program will host gender and queer theorist Roger Rosen to lead several workshops in a classroom setting.

Rosen will come to campus on April 11 and 12 and will teach the following workshops:

Unless otherwise indicated, all events are open to all within the Elon community.

The Music Theatre program is excited to dive deeper into discussions based on Gender in Theatre and further our understanding and appreciation of Queer Culture.

After receiving his BFA in Acting from Tisch School of the Arts, he began a nearly 20-year career in Musical Theater. That career took him to 47 states, Europe, and to Broadway, where he swung and dance captained the 2004 revival of Fiddler on the Roof starring, Alfred Molina and Randy Graff, then Harvey Fierstein, Andrea Martin, and Rosie O’Donnell.