Taylor comes to Elon from the University of Iowa, where he has served for the last three seasons as an assistant coach under Fran McCaffery. 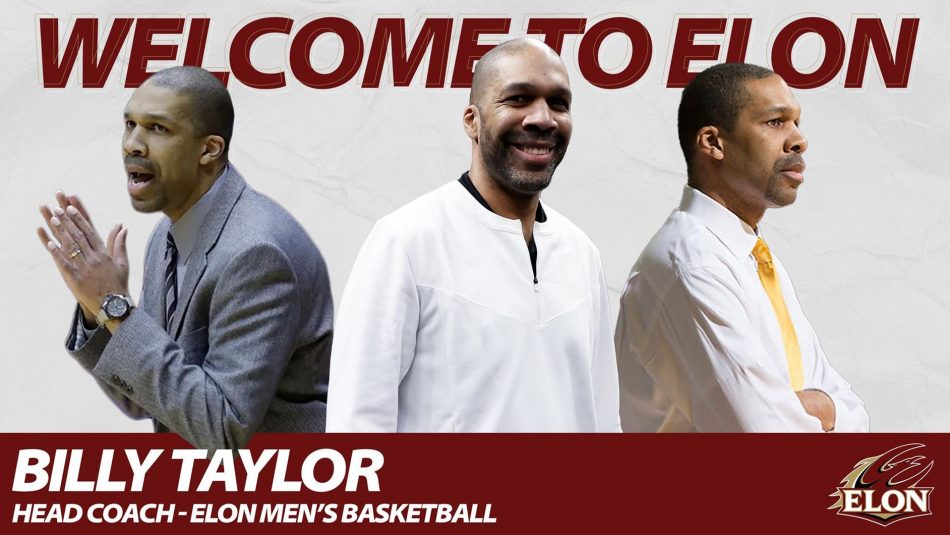 Elon University Director of Athletics Dave Blank has named veteran coach Billy Taylor as the 19th head coach of the men’s basketball program. With 14 years of head coaching experience, including 11 at the NCAA Division I level, Taylor brings experience and knowledge to the sideline. He has been a part of teams, either as head coach or on staff, that have advanced to the NCAA Division I Men’s Basketball Tournament seven times.

“I am humbled and honored to accept the head coaching position at Elon University,” Taylor said. “I want to thank President Connie Ledoux Book and Director of Athletics Dave Blank for offering me the opportunity to serve the student-athletes in our basketball program. As a program, we will pursue excellence on the basketball court, in the classroom and in the community. Our family is excited to begin this new journey, and we look forward to joining the Elon community.”

Taylor spent five years as head coach at Lehigh University followed by six seasons as the head coach at Ball State University and three at Belmont Abbey College. He comes to Elon after spending three years as an assistant coach at the University of Iowa, his second stint with the Hawkeyes.

A two-time Patriot League Coach of the Year (2003, 2004), Taylor led Lehigh to both the regular season and tournament titles in 2004, earning a bid to the NCAA Tournament that season. He also guided Ball State to the 2009 MAC West Division crown. He has 24 years of coaching experience, starting as an assistant coach at his alma mater, the University of Notre Dame, in 1998.

“I want to welcome Billy, his wife, Avlon, and his three children, Gavielle, Tamia and Savion, to Elon,” Blank said. “Billy’s background impressed everyone involved in our search, including his head coaching experience, his NCAA Tournament experience, and his time spent in the region. We are confident that he is a great fit for the student-athletes on our current team and we look forward to his leadership in our program, our department, and on our campus.”

Over the last three seasons, Taylor and the Iowa Hawkeyes have been a mainstay in the national rankings and NCAA Tournament, winning the 2022 Big Ten Tournament championship. The team won 26 games in 2022, the second-highest single-season win total in program history. During his time at the university, Iowa was led by two-time national player of the year Luke Garza along with Keegan Murray, a finalist for the Wooden Award and Naismith Trophy.

With Taylor on the sidelines, Iowa was one of the top offensive teams in the country, ranking fifth nationally in scoring average in both 2021 (83.7) and 2022 (83.2). The program also led the country in assist-to-turnover ratio in both seasons.

Taylor’s first head coaching opportunity came in 2002-03 at Lehigh, where he went 81-69 in five seasons, including 43-27 in the Patriot League. His teams went .500 or better in league play in each season, winning the 2004 regular season and tournament titles, going 20-11 overall and 10-4 in conference action. In his first season with the Mountain Hawks, the program had the nation’s second-largest turnaround, improving its win total by 11 victories. His 2005-06 squad set the school record for conference wins in a season with an 11-3 mark. 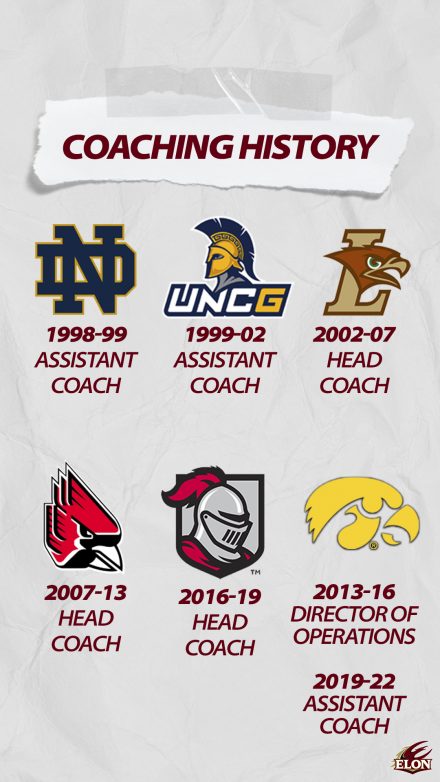 Ball State hired Taylor for the 2007-08 season, where he coached for six seasons. The Cardinals finished either first or second in the Mid-American Conference (MAC) West Division three times and advanced to the MAC Tournament semifinals twice.

Taylor left Ball State and began his first of two stints at Iowa, serving as Director of Basketball Operations from 2013-16. He was then named the head coach at Belmont Abbey, where he turned the Crusaders’ program around. After 26 wins combined over his first two seasons, Belmont Abbey went 23-8 in 2018-19, a record that included a 14-4 mark in Conference Carolinas. Although he moved on to Iowa following that season, he built a foundation for the Crusaders to go 61-25 in the three seasons since.

A four-year letterwinner at Notre Dame, Taylor was recruited by Digger Phelps, was a team captain as a senior, and started 79 career games. He graduated with a degree in accounting and computer applications in 1995. He also earned his CPA license in 1998.

Taylor and his wife, Avlon, have two daughters, Gavielle and Tamia, and a son, Savion.