Members of the university community gathered on Young Commons on Monday, June 27, for the Pride Month Community Celebration.

“With everything going on in the country, especially with politics getting more and more radical and divided, having spaces like this makes me feel as if I’m in a safer place,” said Dahvon Davis ’24 during the celebration. “It makes me feel seen and heard.”

Fifty-three years ago today, June 28, 1969, marked the first day of a six-day protest known as the Stonewall Riots. The riots were a series of protests by members of the gay community following a police raid on the Stonewall Inn, an LGBTQ+ bar in New York City.

The Stonewall Riots are considered a spur for the gay rights movement, not just in the United States, but globally. June has been officially recognized as Pride Month since 1999 when former President Bill Clinton declared it “Gay and Lesbian Pride Month.” President Joe Biden has since expanded the recognition to be LGBTQ+ Pride Month in 2021. 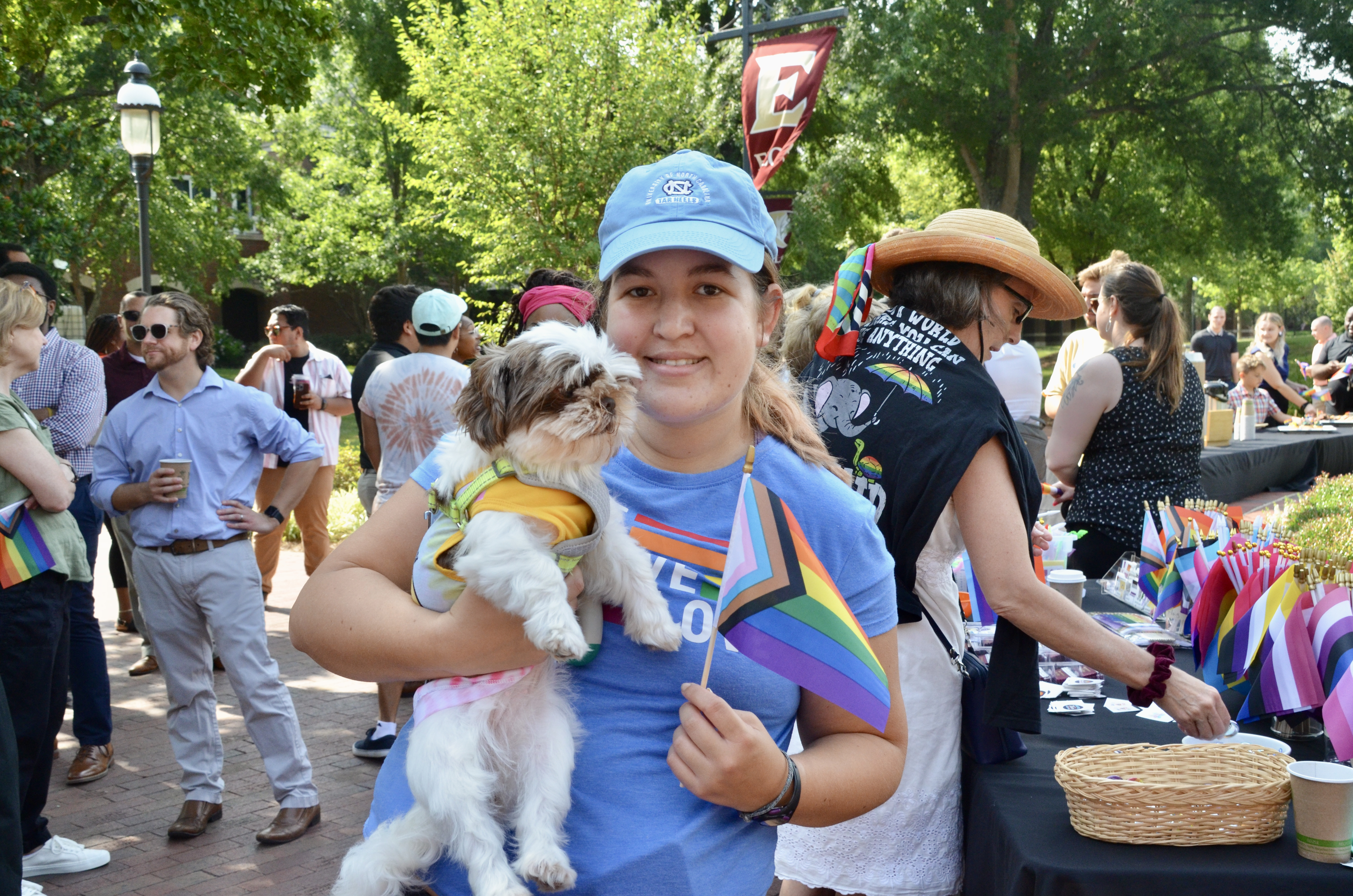 Randy Williams, vice president and associate provost for inclusive excellence, said it’s refreshing to have an event focused completely on community and belonging.

“The social cohesion that we have here has been so much of a hallmark on the Elon experience,” Williams said. “It’s important to see this physically displayed. There may be times when people say it, or you think it in the back of your mind, ‘I think Elon is a good place, I think they’re supportive of me and my identity.’ But then seeing an event like this is affirmation.”