Lovitz starred for the Elon men’s soccer program from 2010 to 2013, helping the Phoenix to four conference championships including three straight tournament titles.

Lovitz played all 90 minutes against Charlotte, making his 16th start of the season out of his 17 matches played during his third year so far with Nashville SC. Charlotte won the match 4-1, and Lovitz spoke about the growing soccer culture growing in North Carolina that allowed him to compete back in the state at the MLS level.

“It’s amazing,” said Lovitz after the match. “It’s special considering going to school in North Carolina and knowing how strong the soccer culture is. It’s just a matter of time before the MLS came to North Carolina. Seeing that Charlotte was the first to break the mold in that sense, it’s been nice to see them grow into the league and, from a personal standpoint, to come back and have so many friends, family, love and support nearby. That’s what makes this league special and that’s what makes playing away so fun sometimes.”

Lovitz became the highest-drafted player from Elon in the 2014 MLS SuperDraft after being selected 24th overall by Toronto FC. During his nine-year career in the MLS, he’s played for Toronto FC, CF Montréal and Nashville SC. He’s also received 13 caps for the United States Men’s National Team. 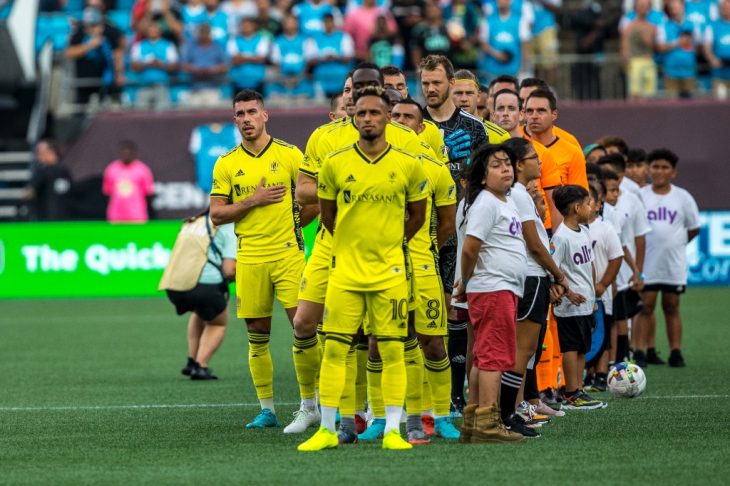 “Danny continues to play at an incredibly high level of consistency and it was great to see the alumni come out and support him,” Reeves said. “His career is a great example to our players that consistent hard work and self-belief can take you all the way to the top. The university and our program are proud of all that Danny has already achieved and wish him continued success.”

Lovitz starred for the Elon men’s soccer program from 2010-13, helping the Phoenix to four conference championships including three straight tournament titles. He also helped Elon to three NCAA Tournament appearances and was named the Southern Conference Player of the Year in 2013.

“It’s very special and I think about it all the time, frankly, just what Elon meant to me and what the soccer program did for me at the time,” Lovitz said. “It’s just a special experience to know that the Elon community is near and present is just great. Just the outpouring support on social media and having individual people reach out and seeing many familiar faces who I love in the stands makes me very happy and appreciative for the continued support.