Kathy Beal had her first child in 1979 and left her job to spend the first year at home to be with him. When she decided it was time to go back to work, she applied at several places with no luck. Eventually, going through a hiring agency and former treasurer at Elon, Buster Bulter, she was hired as a Payroll Specialist on the spot. During her time at Elon, Beal was promoted to Payroll Administrator and was a member of the inaugural Staff Advisory Council at the start of the 2011-12 academic year.

Beal never dreamt that she’d spent 42 years at Elon, but is beyond grateful that she did and will behind a network of lifelong friends.

“I will miss my Elon family the most. The lifelong friendships formed through the years is incredible,” Beal said. “Elon has been very  good to me and given me so many opportunities to learn and travel. My husband and I hope to travel some, relax and enjoy time with friends and family.”

Tom Brinkley joined Elon in 2011 to help in the creation of the Student Professional Development Center. As the executive director fo the SPDC, Brinkley had the fortunate opportunity to rebuild the career center with a wonderful team of highly talented professionals.

Although he officially retired in December 2021, he has continued to assist the Boldly Elon strategic plan during the Spring 2022 semester. His future plans include spending more time with his wife, Susan, and their six grandchildren and catching up on the traveling he has missed out on during COVID.

“I will miss everything about working at Elon, from the students to faculty and staff,” Brinkley said. “I appreciate the support that the SPDC has received over the years from Elon administration, parents and employers, which has allowed the SPDC to earn national recognition, most recently ranked No. 4 in the country by the Princeton Review.”

After retiring from the Chapel Hill Police Department, Barry Coe joined Elon in the fall of 2007 and began as a security officer. He then became a community service officer and was tasked with helped support non-enforcement activities within the Elon Campus Safety & Police department.

Coe said every day at Elon is interesting because of how varied and diverse the Elon community is. Observing and interacting with his peers, the administrators and students of Elon are what Coe said he’ll miss the most.

“The campus is an attractive environment in which to spend the hours of service,” Coe said. But the one thing, he’s most appreciative for is “the gift Elon gave my daughter to fund a bachelor of science degree in applied mathematics,” Coe said.

Director of Events, Office of the President 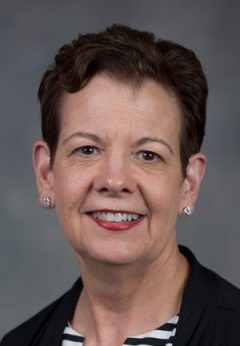 Carolyn Ent started her Elon career in 2007 after Sara Peterson, former chief of staff in the President’s Office, persuaded her to come. With a detest for the brutal winters of Ithaca, New York, where she was working for Cornell University, and an affinity for the people at Elon, she decided to make it her new home.

What Ent will miss most about Elon is working with the staff and planning the President’s holiday party and staff tailgates. “Seeing the Elon marching band at the staff tailgate is one of my favorite memories plus working at Maynard House with the president,” Ent said.

In her newfound free time, Ent plans to continue working with her husband on their antique and jewelry businesses. She will also do some independent conference planning.

Assistant to the President, Associate Professor of Education and Vice President Emeritus for Student Life and Dean of Students 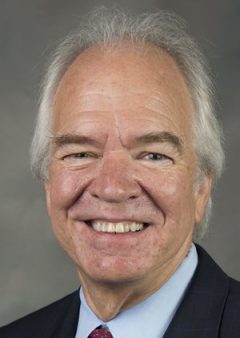 Smith Jackson was attracted to Elon because it is a community with a “positive restlessness-constantly seeking and striving to improve, determined not to be satisfied” in its pursuit to inspire and empower students to thrive, succeed and realize their dreams.

He came to Elon as dean of students in 1994 and served as vice president and dean of students from 1997 until 2017 when he led the founding of Elon’s Master of Arts in Higher Education program, which just graduated its third cohort of students. What he will miss most about coming to Elon every day is the collaborative relationships and teamwork of world-class staff, faculty and university leaders unified in advancing students’ learning in and out of the classroom.

Jackson plans to spend time with his magnificent wife, René, their three children and five “five and under five-year-old” grandchildren, pursue creative endeavors such as woodworking and playing the piano, enjoy nature and be alert to opportunities for civic and community involvement locally, as well as seeing the many wonders of this great nation.

Head of Acquisitions in Belk Library

Sandra Kilpatrick began working at Elon in 1988 to be closer to home. It ended up being the best decision she’s ever made. Her duties working in Belk Library started with filling out cards in the library card catalog and ordering books.

As time when on, she had become the Head of Acquisitions in Belk and ordered books and other items from all over the world. Her favorite memory  of her time at Elon is when she moved into Belk Library.

Her plans for the future are “to do whatever whenever! My motto is, ‘I can always do it tomorrow,'” Kilpatrick said.

Beverly McQueen joined Elon in the summer of 2003 after relocating from Maryland. McQueen began as a program assistant for gift planning and corporate relations before becoming the assistant director of advancement services.

McQueen retired from full-time work at Elon in June 2021 but continued to work part-time as a coordinator of advancement services. McQueen said she’ll miss all the co-workers who have become friends and the wonderful working environment at Elon.

During retirement, McQueen plans to travel the United States and spend more time with her children and grandchildren.

Program Assistant for the Department of Education and Wellness & Exercise Science 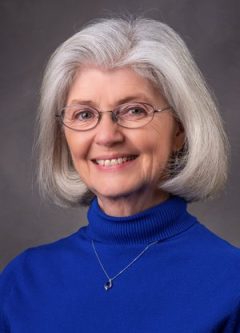 Oct. 16, 1991, was Debbie Perry’s first day at Elon. Her neighbor, Karen Hughes, worked in the Bursar’s Office at the time and told her about a job opening for a part-time secretary position in the School of Education. “I may very well be the last program assistant, then secretary, still at Elon that had to take a timed typing test as a part of the interview process,” Perry said.

For the last 30 years, she’s held the same position in the department through several name changes and separating into three schools. But one thing has remained constant — her admiration for the faculty and staff in the School of Education and her colleagues across campus.

“Aside from the typical travel and spend more time with family, etc., my plan is to learn how to ‘be still and know,’ practice mindfulness and let this journey evolve organically to see where it takes me,” Perry said.

Vice President for Access and Success and Professor of Education

Jean Rattigan-Rohr came to Elon in 2007 as an assistant professor in the School of Education after being recruited from the University of North Carolina at Greensboro.

What she’s achieved in the 15 years afterward is nothing short of monumental. Rattigan-Rohr was the first Black professor to be tenured in the School of Education, the first Black woman to be a member of the senior administration at Elon and the first Black person to be named a vice president at Elon. In 2008, she founded the “It Takes a Village” project, a national and international literacy outreach initiative for struggling K-12 students.

As a published poet and playwright, Rattigan-Rohr looks forward to having the time to completing her anthology of works.

“I will miss the wonderful colleagues with whom I have worked and the many friendships I have made here,” Rattigan-Rohr said. “I will also miss the great community partners, public school Village students and their families.”

Linda Somers worked as a receptionist for the Athletics Department for 22 years after working for as a secretary for the football team at Elon.

Noting a famous quote, “When you go down the road and see a turtle on a fence post, you can bet it didn’t get there by itself,” Somers recognized the many people at Elon who have helped her along the way.

“None of us could do our jobs without each other,” Somers said. “So many people made me look good and I thank them for that. I miss the staff and students.”

Her future plans include spend time with her husband on their farm and “doing nothing or anything I like, whenever I like.” 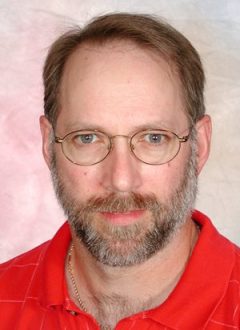 Paul Weller started at Elon in February 1997 after leaving Sherwin-Williams. “My new supervisor wanted a plant engineer rather than a plant chemist,” Weller said.

Weller said he’ll miss coming to work every day but will spend his newly acquired leisure time to working in his woodshop.

Administrative Assistant in the School of Law

Sue Williams has been a member of the Elon University School of Law since its inaugural year in 2006. She joined the law school because she wanted to be a part of an “energetic, growing and challenging” school of higher education that also offered room for advancement.

Williams served as the law school’s receptionist, faculty assistant and assistant to the offices of Development and Alumni Relations before her retirement in September 2021.

“I miss the many friends, both staff and faculty, that I made while working at the law school,” Williams said. “The camaraderie that I experienced with the different groups at the law school was exemplary.”

In retirement, she plans to spend more time with her grandchildren and great-grandson, gardening, traveling and her favorite hobby, knitting. 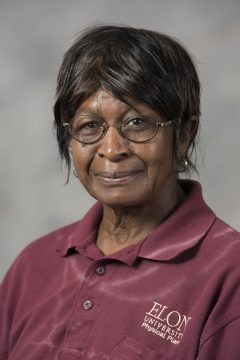 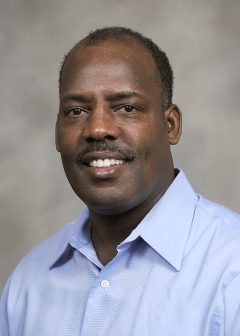 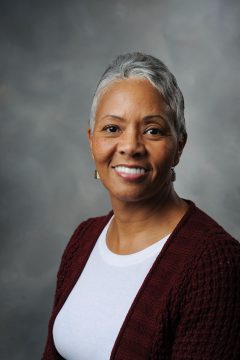 Special assistant to the vice president for finance and administration 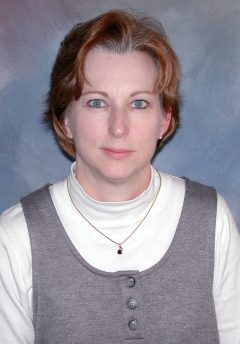 Maintenance mechanic for the School of Law 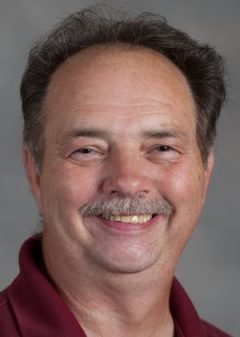 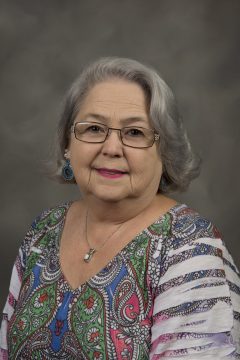 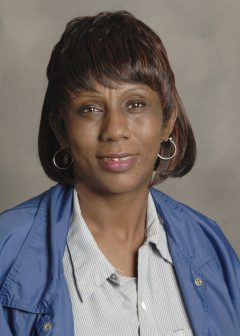 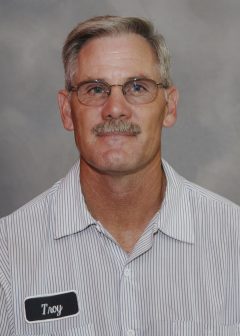 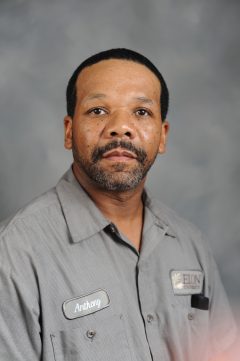 Part of Morgan Earp L'22’s legacy at Elon Law will be an online resource she developed for North Carolina parents and guardians whose children find themselves facing criminal charges.

The team has become a tight-knit group, building strong bonds on and off the rugby pitch.

Campus Recreation and Wellness provides information, tips, and resources regarding alcohol use and reducing alcohol-related risks during the holidays