DeMaurice Smith, the veteran executive director of the NFL Players Association, will serve as the keynote speaker for this spring’s Elon Sport Management Symposium slated for Wednesday, April 20. With a theme of “Changing Dynamics in Sports Media,” the annual symposium will also include two panel discussions featuring industry experts from prominent sports media organizations.

The free, in-person event will be held in the School of Communications’ Turner Theatre from 4:30 to 7:30 p.m., kicking off with an hourlong conversation between Smith and Assistant Professor Bill Squadron. There are General Admission and Media ticket options available on the symposium’s Eventbrite page.

Drawing from his decade-long run as leader of the NFL Players Association, Smith will address topical issues facing the country’s most popular sport, providing unmatched perspective into the players’ increasing use of social media, the collective bargaining process and the relationship between the NFL owners, the league’s players and media organizations and journalists. Smith is well positioned to discuss all NFL-related subjects and was reappointed to his fifth term as executive director last fall.

“We could not be more thrilled to welcome DeMaurice Smith to campus to share his incredible experiences shaping and transforming the NFL. Unquestionably, the NFL is a ratings Goliath, and to have Smith share his insights will be invaluable to our current students learning the business of sport and looking to better understand the sport media landscape.”

Lucia’s assessment of the NFL’s popularity is spot on. According to Variety, the NFL earned 39 of the 100 slots for top telecasts in 2021, including the No. 1 spot with the Super Bowl.

Following Smith’s conversation, the symposium will shift gears to panel discussions, beginning with the “Athlete-Generated Content: Brand Management or Journalism?” panel. Participants include Paul Fichtenbaum, chief content officer for The Athletic, Sean Conboy, editor-in-chief of The Players’ Tribune, and Merritt Mathias, a member of the North Carolina Courage, a professional women’s soccer team based in Cary, North Carolina.

“Technology, social media, ubiquitous photo and video capture and the 247 news cycle have greatly altered the traditional dynamics of sports journalism and media,” Squadron said. “This year’s annual Sport Management Symposium is meant to provide attendees a look at how fans now receive sports information, and predict the how that future will unfold. Led by DeMaurice Smith and our outstanding panelists, we will have an important, timely conversation on these subjects.”

Leading up to the symposium, Smith and the panelists are expected to visit with Sport Management Department classes and students. Additionally, Smith will have a 20-minute media availability session for interested parties. To RSVP for the media availability, contact Communications Manager Tommy Kopetskie at Tkopetskie@elon.edu. 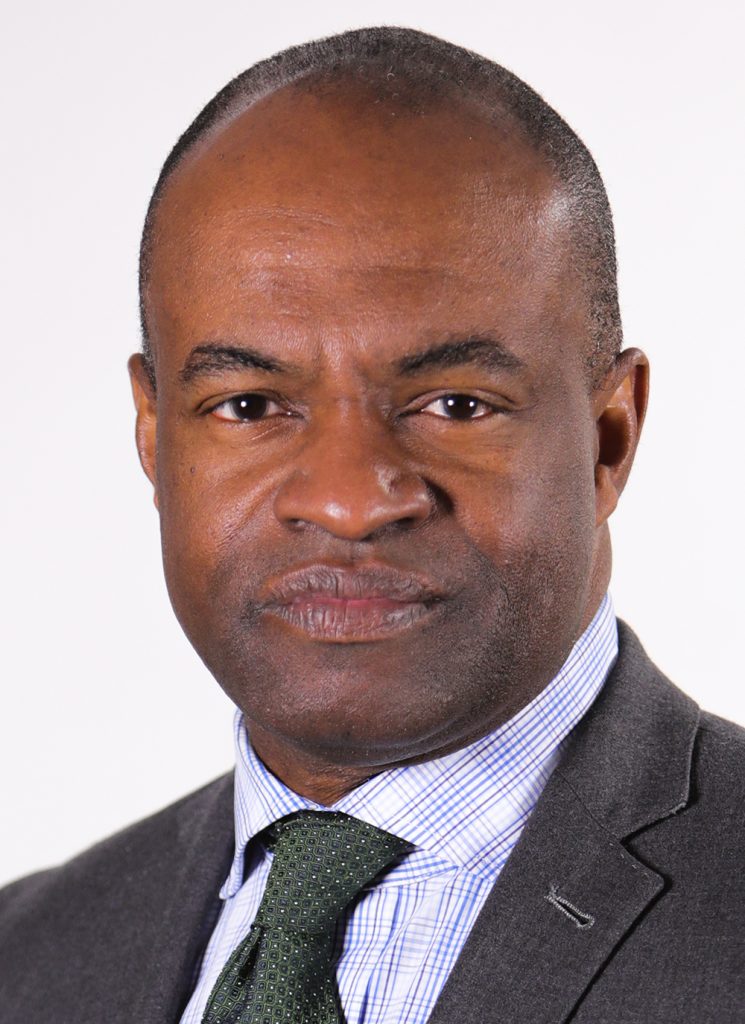 DeMaurice Fitzgerald Smith is executive director of the NFL Players Association, the labor union representing NFL players. He was reappointed to his fifth term as executive director in fall 2021. In 2020, he successfully negotiated his second long-term collective bargaining agreement with the NFL. The 11-year deal introduced an additional game into the regular season, while also providing players with their guaranteed highest share of NFL revenue in history. In 2011, Smith signed an historic 10-year collective bargaining agreement with NFL management, leading the players through the owners’ 132-day lockout. The two CBAs remain the longest-standing agreements between labor and management in any sports league. Prior to his NFLPA work, Smith was an assistant United States attorney in the District of Columbia and was counsel to then-Deputy Attorney General Eric H. Holder, Jr. He served as a partner in the law firms of Latham & Watkins, LLP and Squire Patton Boggs, LLP, representing corporations, boards of directors and senior executives in civil and criminal matters. Smith is a sought-after motivational speaker and guest lecturer on the topics of leadership, ethics, sports law, and high-stakes negotiation. A native Washingtonian, Smith resides in his hometown with his family. 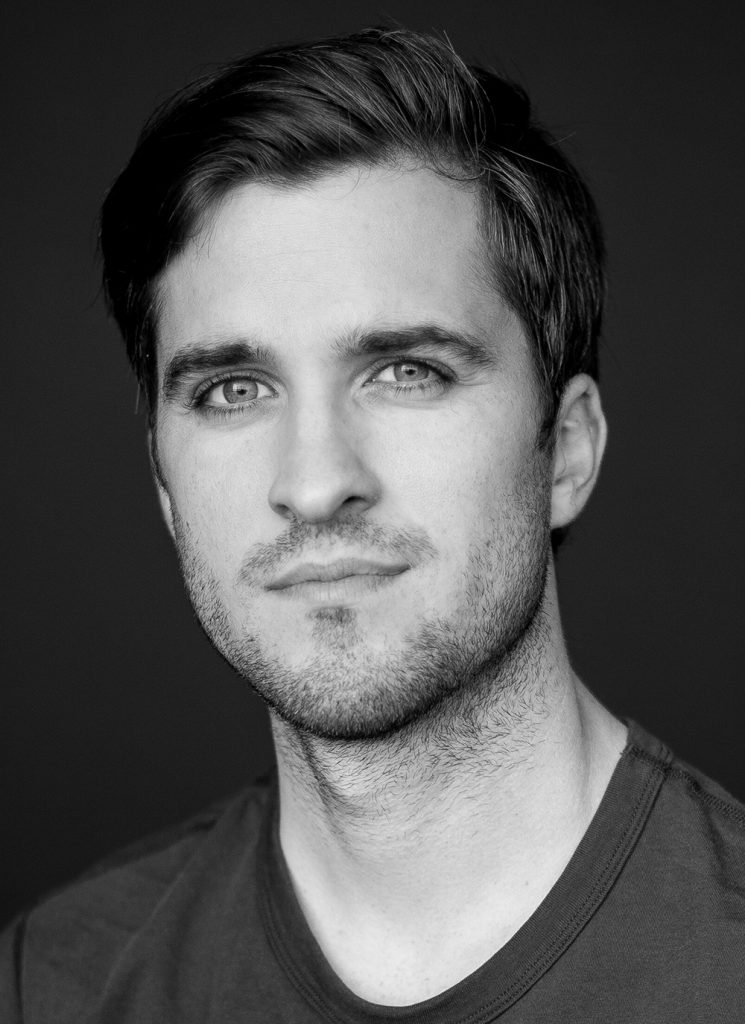 Sean Conboy is the editor-in-chief of The Players’ Tribune, where he was one of the founding editors at the launch of the company in 2014. In his role, he has worked hand-in-hand with several of the world’s top athletes, including Kobe Bryant, Allen Iverson, Russell Wilson, Damian Lillard, A’ja Wilson, Megan Rapinoe, Romelu Lukaku and Raheem Sterling. He has also directed some of the Players’ Tribune’s groundbreaking video features, including NBA legend Lamar Odom discussing his battles with drug addiction and depression. Prior to joining The Players’ Tribune, Conboy was a contributing writer for Wired Magazine. 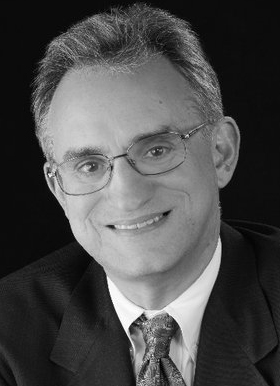 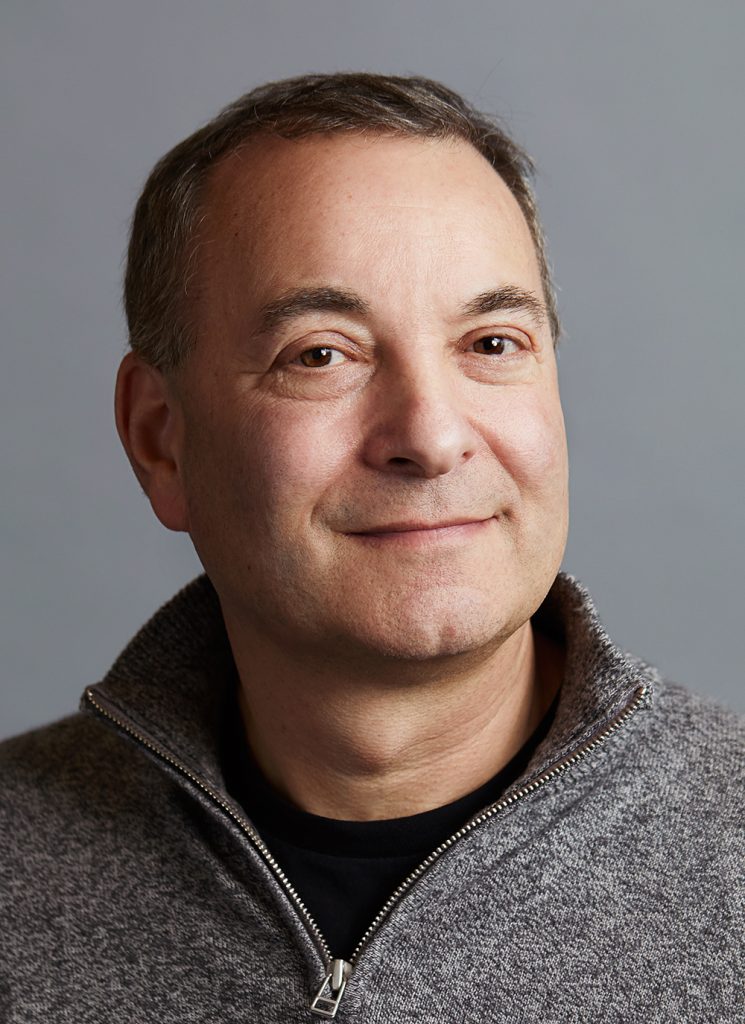 Paul Fichtenbaum is the chief content officer of The Athletic, a sports subscription website that was acquired by The New York Times. Previously, he was the editor-in-chief of the Sports Illustrated Group, overseeing all cross-platform editorial operations for SI, SI Kids and Golf Magazine. During his career, Fichtenbaum has won numerous industry awards, including an Emmy, an Ellie (National Magazine Award) and a Webby (sports video). In 2014, he was named Ad Age Editor of the Year. 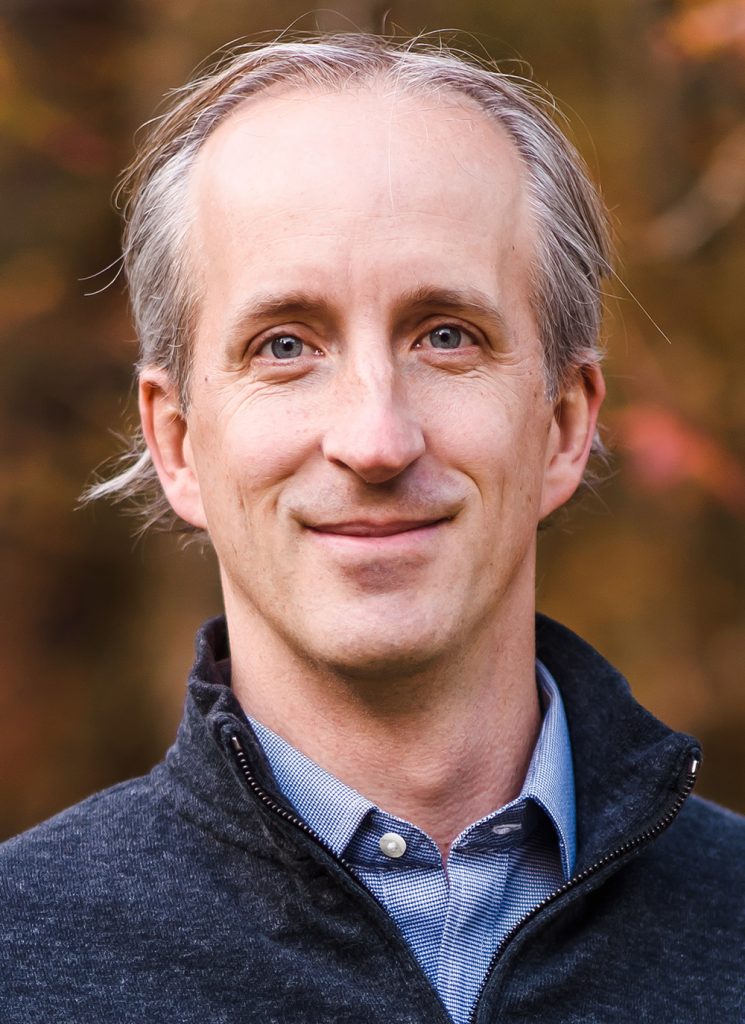 Ted Keith is an assistant managing editor at Sports Business Journal, the so-called “bible” of the sports business industry. He oversees cover areas including baseball, football, hockey, soccer, finance and sports culture. Before joining the Journal, Keith spent 15 years at Sports Illustrated as a reporter, staff writer and senior editor for SI Kids, SI.com and the parent magazine. He is a 2002 graduate of the University of North Carolina at Chapel Hill, and he lives in Chapel Hill with his wife and family. 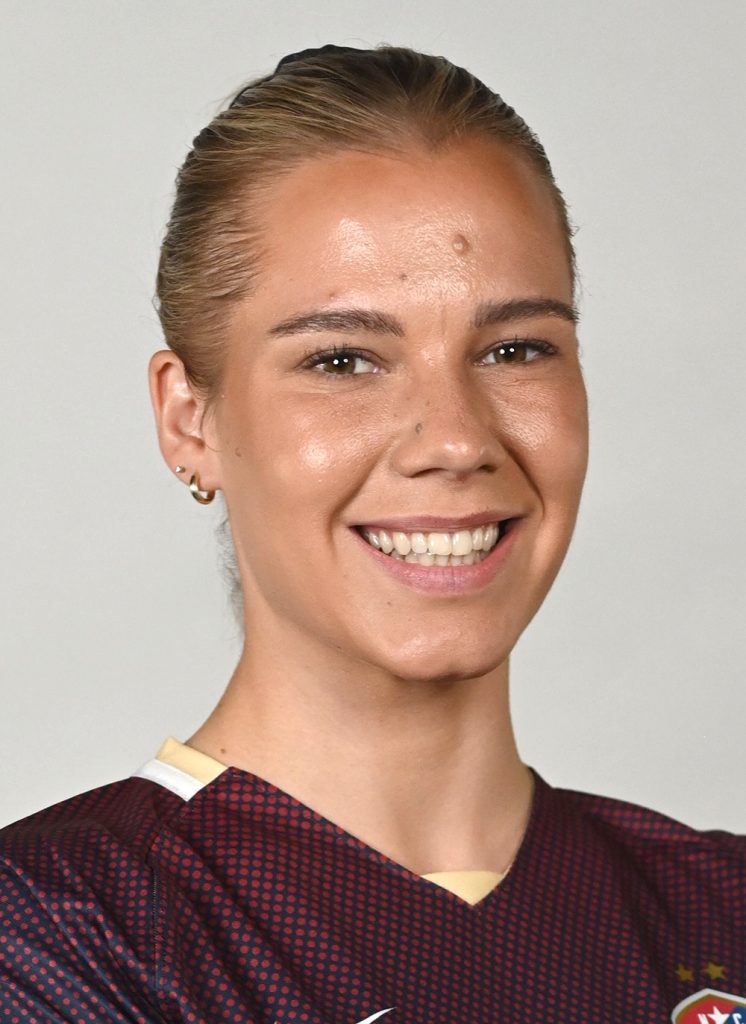 Merritt Mathias is a defender for the North Carolina Courage, a National Women's Soccer League franchise in Cary, North Carolina. She has been a part of the Courage since 2018, has played in almost 70 games for the club, and has won two NWSL Championships (2018, 2019), two NWSL Shields (2018, 2019) and the ICC Championship in 2018. She previously played for FC Kansas City and Seattle Reign FC. A native of Birmingham, Alabama, Mathias excelled at an early age and was a Parade Magazine high school All-America selection in 2007. She played collegiately at the University of North Carolina at Chapel Hill and Texas A&M University. 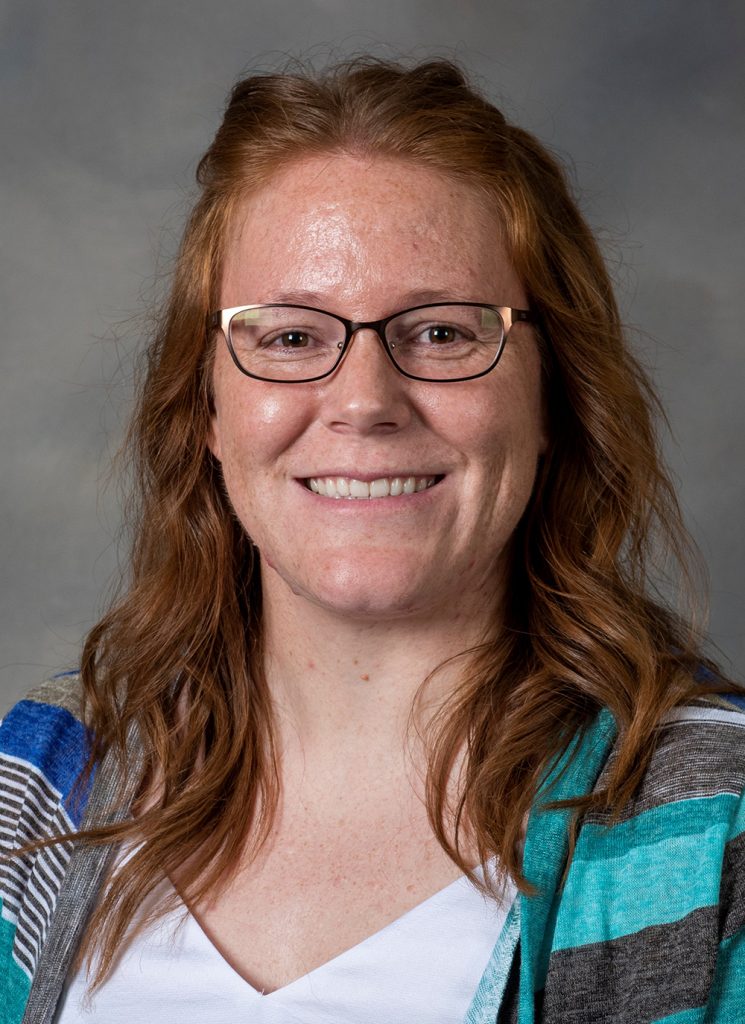 Lauren Walker is an assistant professor exercise science at Elon University, and she focuses on the psychosocial aspects of youth sport and youth sport coaching. Specifically, her recent work has examined the impact of leadership roles and ways to improve the captaincy leadership experience in youth athletes and the impact of informal means of learning (e.g., communities of practice, social media groups, social networks) in the education of a youth sport coach. She has worked in conjunction with several community partners including the Michigan High School Athletic Association (MHSAA), the National Federation of State High School Associations (NFHS), USA Swimming and the Ross Initiative in Sport for Equality (RISE).