Many Elon students and alumni who have recently received national and international fellowships keep in touch with their friends, families and their alma mater through blogs. See and read about what some of our award winners are doing in the blogs below. 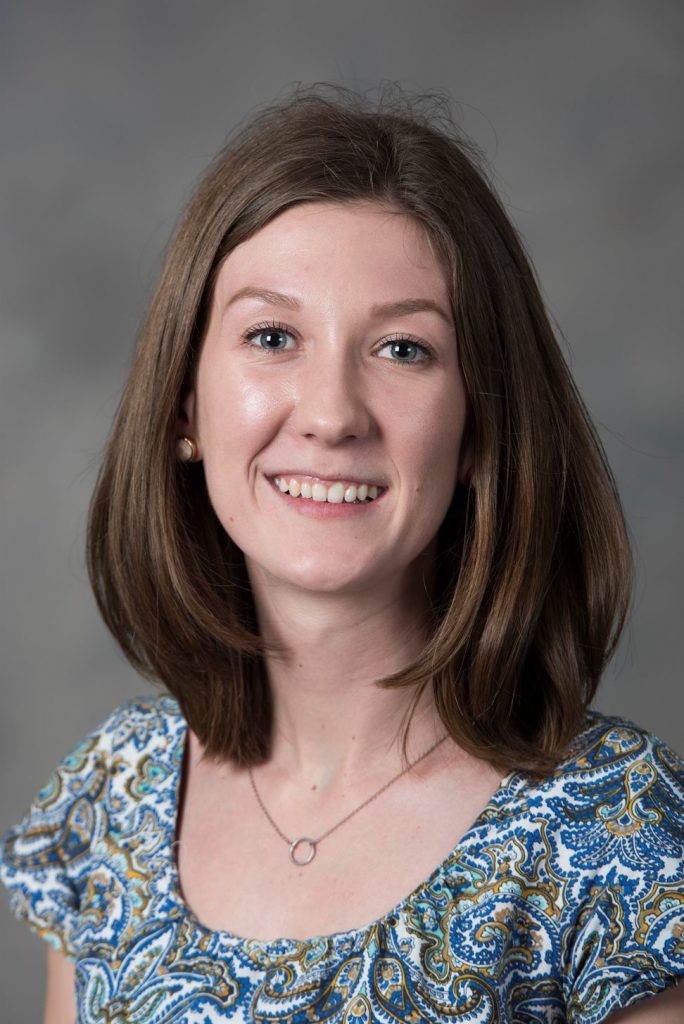 Sarah Holdren, an anthropology and public health studies major, received a Fulbright Study/Research grant to Finland. At Elon, she was an Honors Fellow, a Harvard T.H. Chan Multidisciplinary Research Training Fellow, and a member of Phi Beta Kappa. She also served as executive director of outreach and collaboration for Elon Volunteers! and was volunteer coordinator at the Open Door Clinic of Alamance County. A recipient of the Lumen Prize, Holdren focused on how the medicalized culture of neonatal intensive care units impacts the experiences that mothers have feeding their infants. It’s an area of research Holdren will continue to focus on during her time at the University of Turku in Finland. Sarah also received a National Science Foundation Graduate Research Fellowship, and following her Fulbright year, she will begin graduate study in Narrative Medicine at Columbia University. Her plans long-term include attending medical school and becoming a maternal and child health physician and scientist. Follow her blog, "Searching for Sisu." 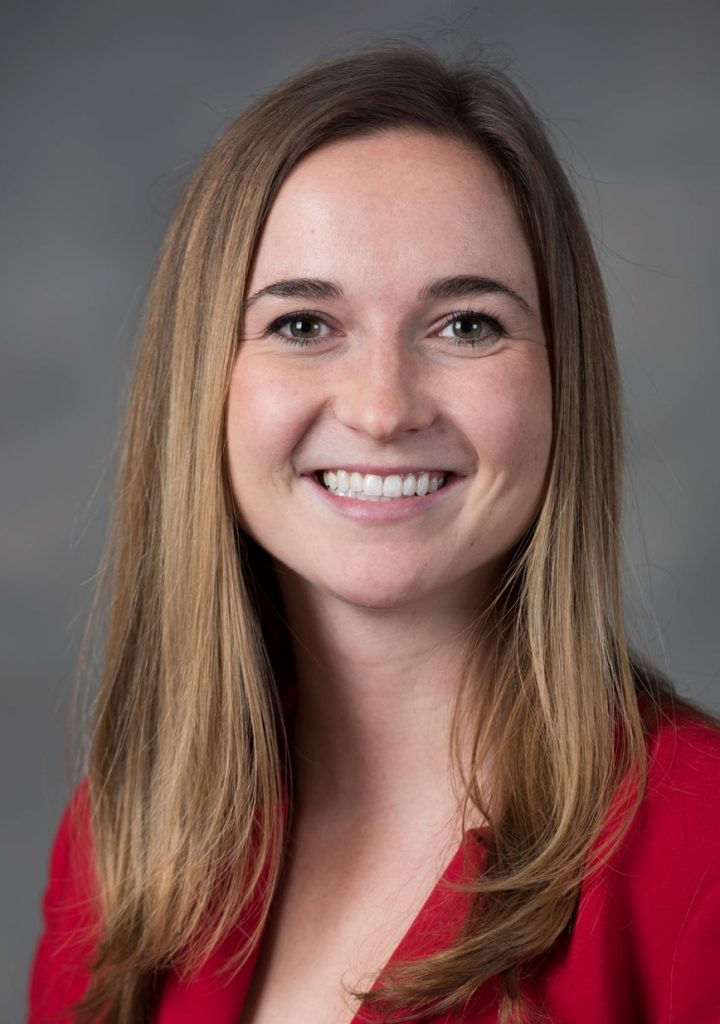 Megan Graves, a Spanish and Psychology major, received a Fulbright English Teaching Assistantship in Tenerife, Spain. At Elon, she studied abroad in Argentina and in Ghana and conducted research on how language impacts assessments of autism spectrum disorder in young children, and how to provide multicultural assessments and therapy strategies for Spanish-speakers. Her academic excellence earned her Phi Beta Kappa membership. Following her time in Spain, Graves plans to pursue a doctorate in clinical psychology with a focus on autism spectrum disorder in young children, particularly in Spanish-speaking communities. Follow her blog, "Fulbright Gringa." 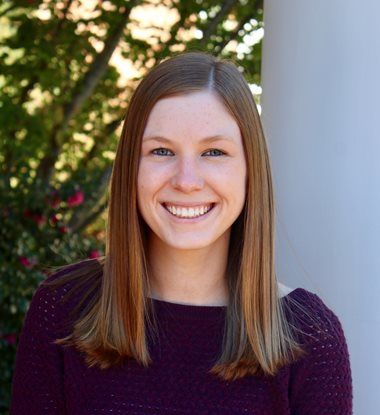 Jacqueline "Jackie" Spencer, an Elementary and Special Education major with a Spanish minor, received a Fulbright English Teaching Assistantship in Logroño, Spain. At Elon, Jackie was a Teaching Fellow and spent a semester in Costa Rica, where she taught a conversational English class for adults. Jackie is excited to return to the country where she lived and studied for a year in high school. After her year in Spain as a Fulbright student, she plans to teach at an elementary school that is serving a high percentage of children from low-income families. Follow her blog, "Jsprolo Abroad." 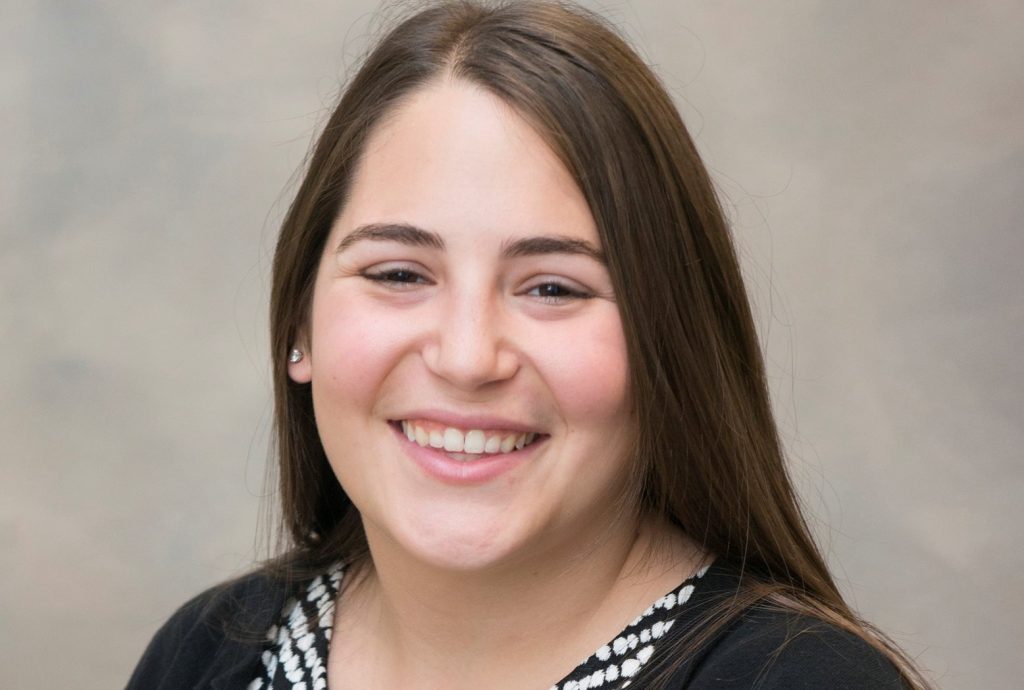 Morgan Goldstein, an Elementary and Special Education major with a Spanish minor, received a Fulbright English Teaching Assistantship in Spain, where she will teach elementary students in the La Rioja region. As an undergraduate, Morgan gained substantial teacher training through five practicums and cross-cultural experience through a semester in Toledo, Spain, a service program in Malawi, and a Taglit-Birthright heritage trip to Israel. Morgan was also an Elon University Tour Guide and New Student Orientation Leader. Following her grant, Morgan plans to teach in ethnically diverse urban schools with higher Hispanic populations and eventually to pursue graduate study in Education. Follow her blog, "Goldstein Goes Global." 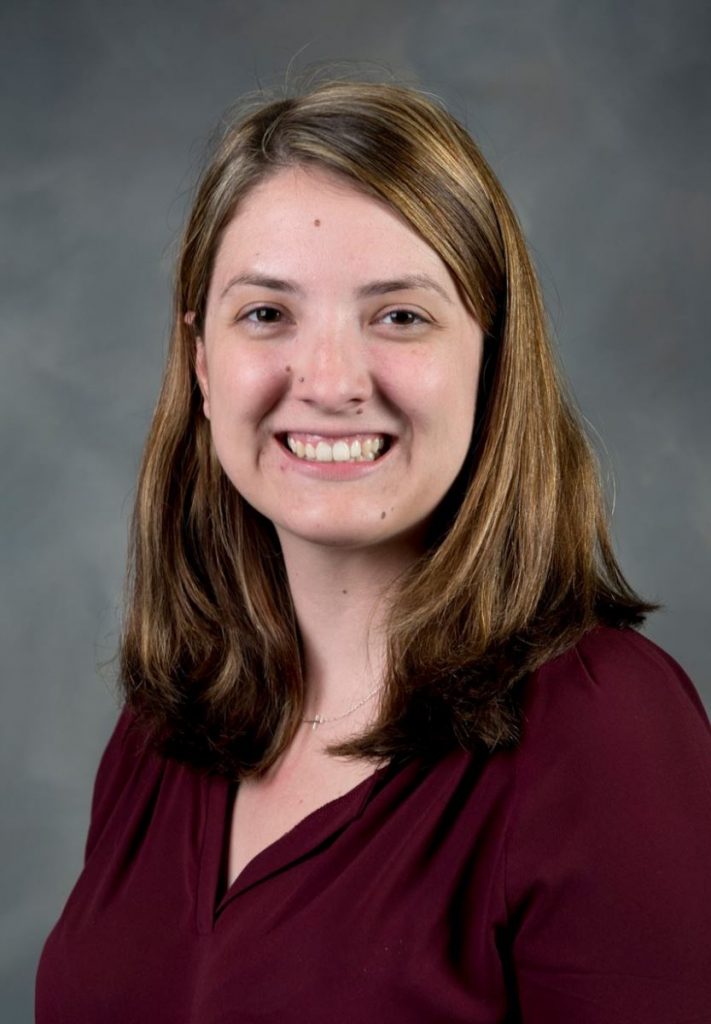 Christine Fortner, a Leadership Fellow and an Elementary Education major with a Leadership Studies minor, received a Fulbright English Teaching Assistantship in Thailand. As a student, Christine gained significant teaching experience through six practicums, including multiple summers teaching abroad in Panama, Bolivia, and Kenya, and through work as a camp counselor, an orientation leader, and a teaching assistant for Elon 101. Moreover, she served as the Senior Director of the Center for Leadership and the Challenge Course Director. Following her Fulbright, Christine intends to teach in the public school system in Washington, D.C. and to later pursue a MA in Education. Follow her blog, "Fortner on Fulbright." 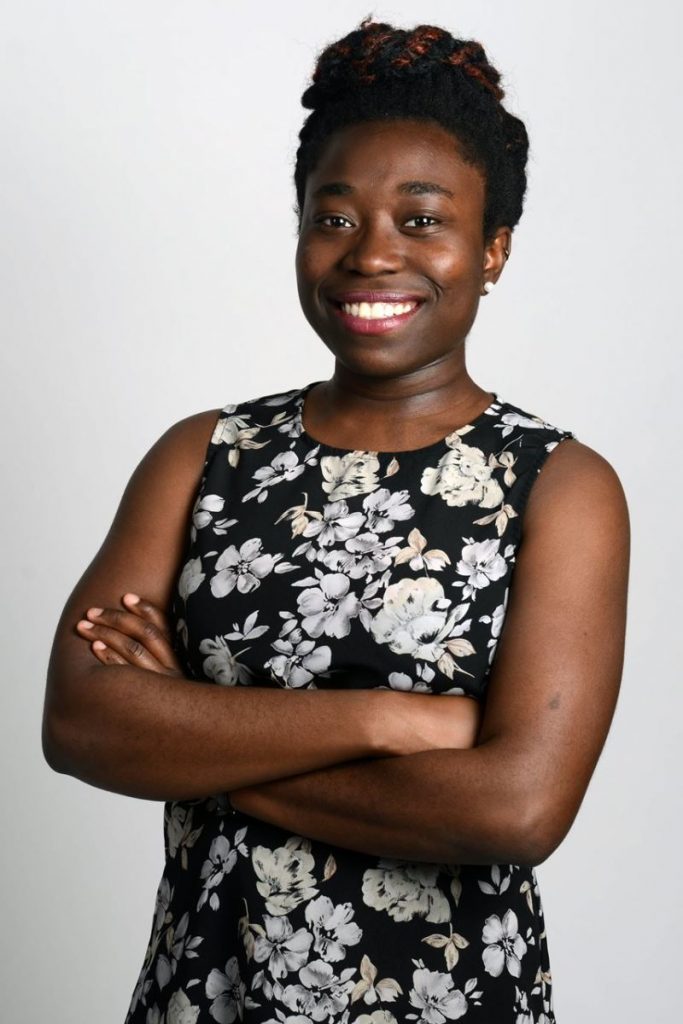 Omolayo Ojo, an International Studies major with minors in French, African Studies, and Communications, and an Honors Fellow and Kenan Scholar from Tall Timbers, Maryland, received a Fulbright English Teaching Assistantship in France. As a sophomore at Elon, Omolayo received the Boren Scholarship to fund her semester in Senegal, where she studied Wolof and French. Her on-campus involvement ranged from working in the Global Education Center, the President's Office, and University Admissions; to conducting research on Senegalese Migration Narratives with support from a Lumen Prize; to co-founding the Elon African Society, among other achievements. Following her Fulbright, Omolayo hopes to work in the Bureau of African Affairs and eventually pursue graduate studies in Immigration Policy. Follow her blog, "Finding Nkem." 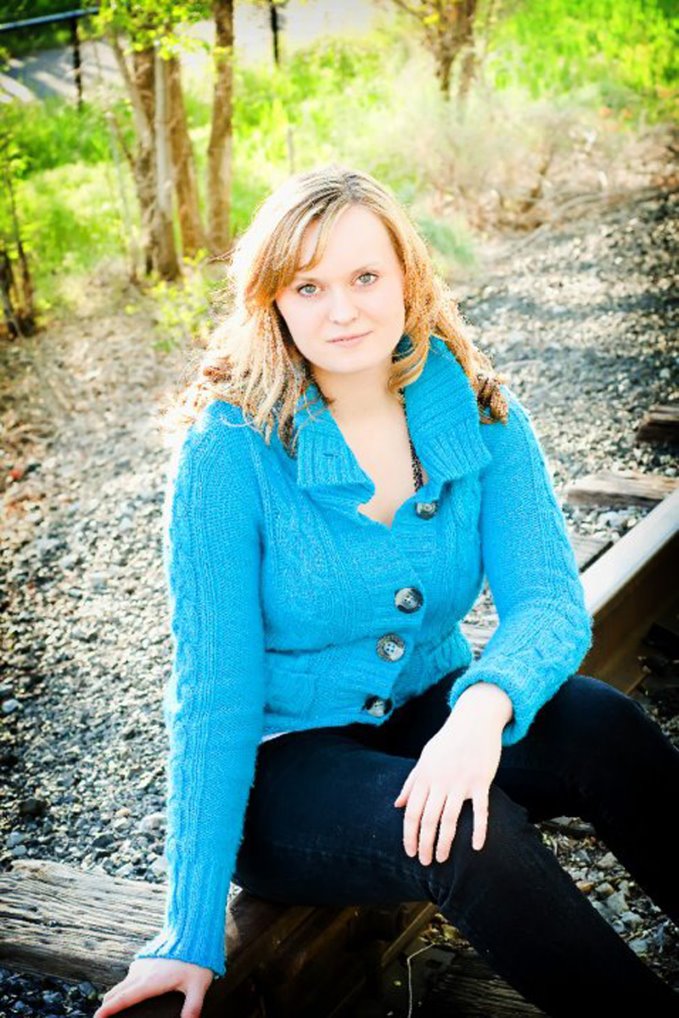 Erin Gorang, a Human Service Studies major and Honors Fellow from Salt Lake City, Utah, received a Fulbright English Teaching Assistantship in South Africa, where she studied abroad for a semester as an Elon student. In her time at Elon, Eryn was Leader in Collaborative Service for a Title I high school in Burlington and coordinated projects including a tutoring service for at-risk students and the Cinderella Project, which provides prom dresses for low-income students. Following her grant, Eryn intends to pursue a career in African educational development. Follow her blog, "On the Go Go Gorang." 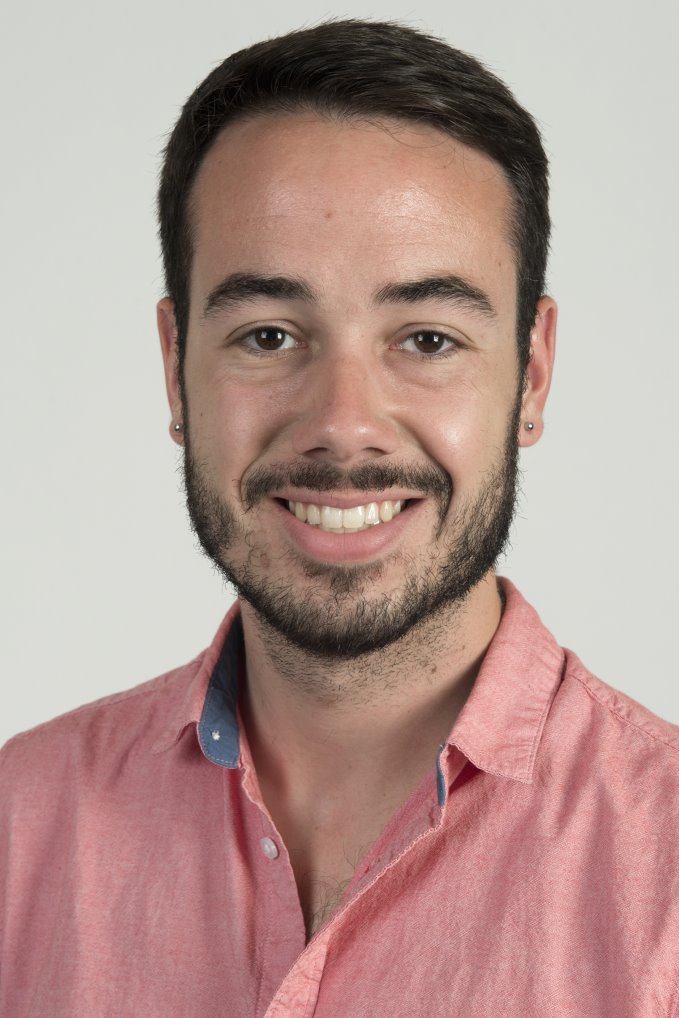 Kyle Whitaker, an English major and Honors Fellow from Duluth, Georgia, received a Fulbright English Teaching Assistantship in Malaysia. As a student, he was active with the co-ed acapella group Twisted Measure, New Student Orientation, and SPARKS peer education. Whitaker graduated from Elon as a member of Phi Beta Kappa. Upon returning from Malaysia, he intends to earn a graduate degree in higher education and student affairs. Follow his blog, "Yellow Lines & Tire Marks." 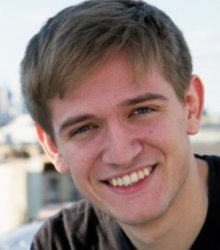 Daniel Koehler, a filmmaker based in New York, received a Fulbright-National Geographic Fellowship to fund a documentary film project depicting the experiences of the San living near the Central Kalahari Game Reserve. While at Elon, Dan was a media arts & entertainment major and, through support of a Lumen Prize, spent seven months in Zambia producing a documentary titled "The Tobacco King." Follow Dan's Blog on the National Geographic official website. 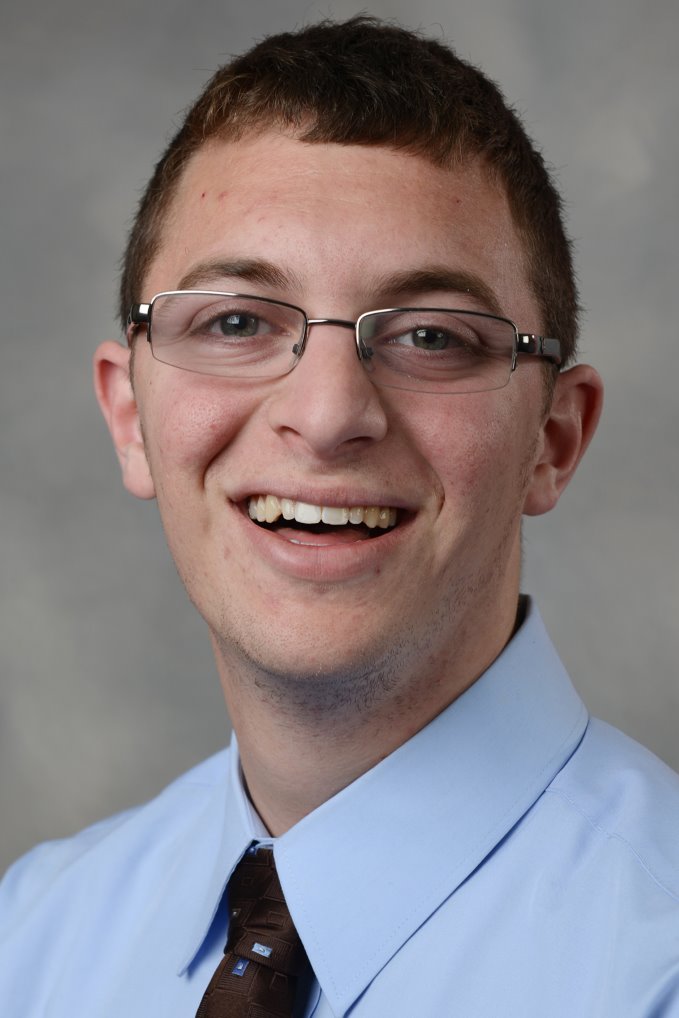 Mathew Goldberg, a psychology major originally from New Jersey, received a Fulbright English Teaching Assistantship in South Korea. Recipient of several leadership awards during his time at Elon University, Goldberg is an Isabella Cannon Leadership Fellow and a Periclean Scholar with an active interest in leadership studies. Goldberg hopes to one day open a nonprofit dedicated to helping marginalized students achieve academic success and become leaders in their communities. Follow his blog, "Matthew's Realm." 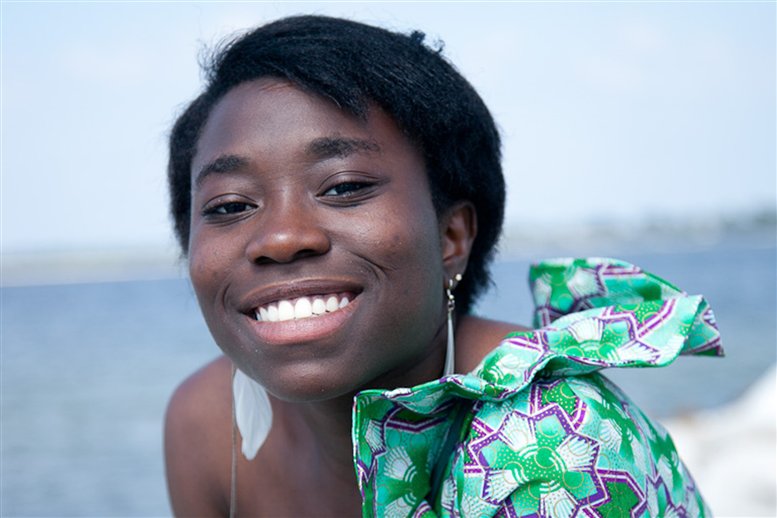 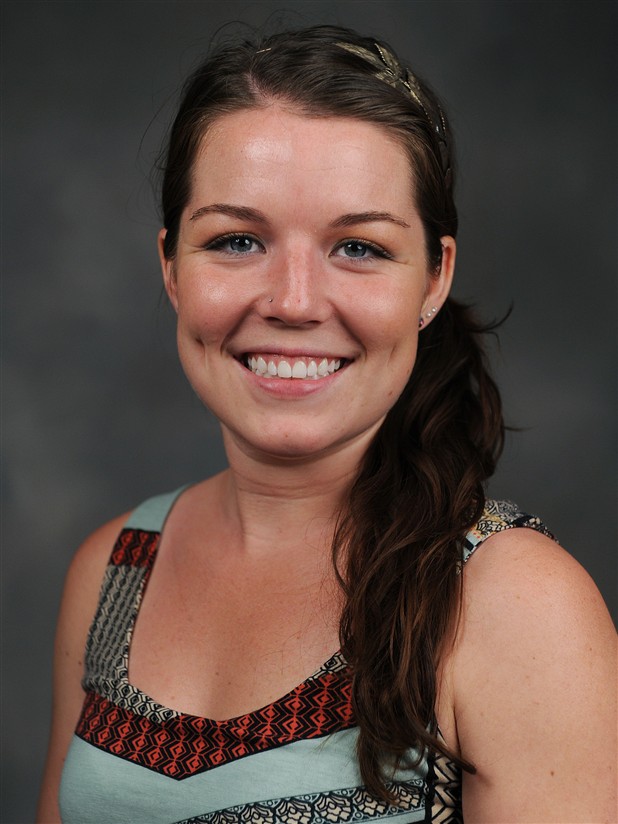 Natalie Lampert, an international studies and English double major, received a Fulbright English Teaching Assistantship to teach English in Sri Lanka. An Arlington, VA native, Lampert was a Periclean Scholar and and Elon College Fellow while at Elon. She studied abroad in Ghana. Lampert hopes to work for a magazine before pursuing a master's degree in creative nonfiction or journalism. Follow her blog "Cabinets of Wonder." 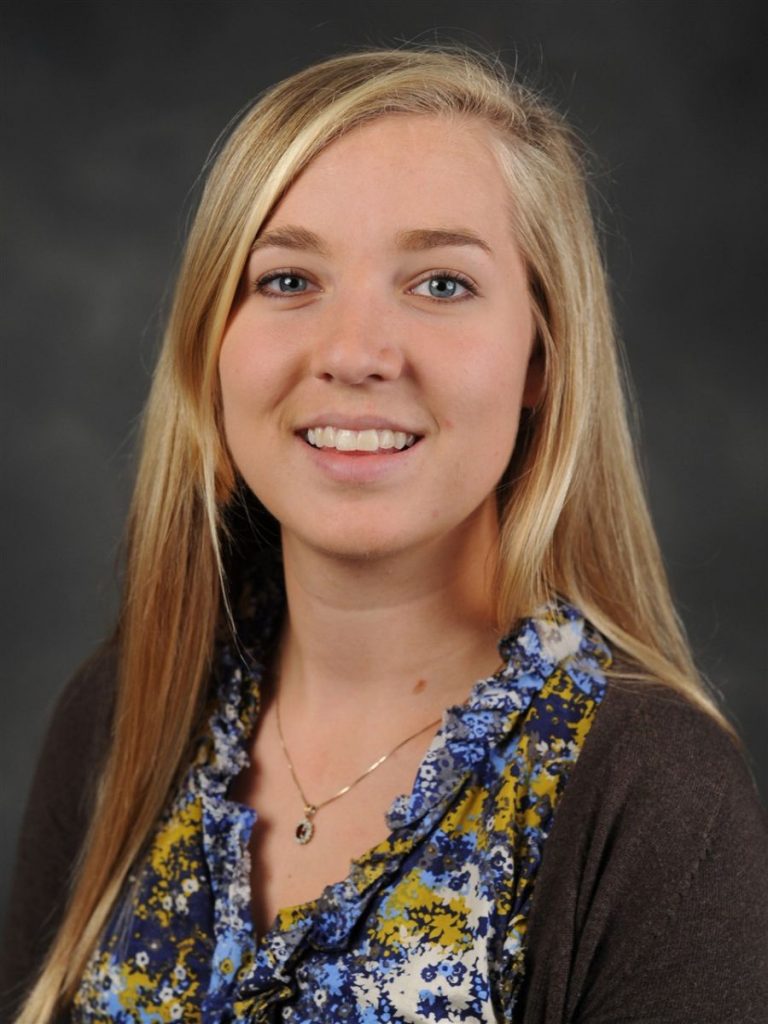 Shannalee Van Beek, an international studies and English double major, received a Fulbright English Teaching Assistantship in Bahrain. An Indian Trail, NC native, Van Beek has studied Arabic and previously taught in Egypt. She currently serves as an International Programs Advisor at Elon University and eventually hopes to pursue graduate work. Follow her blog "The Two Seas: Adventures of a Fulbrighter in Bahrain." 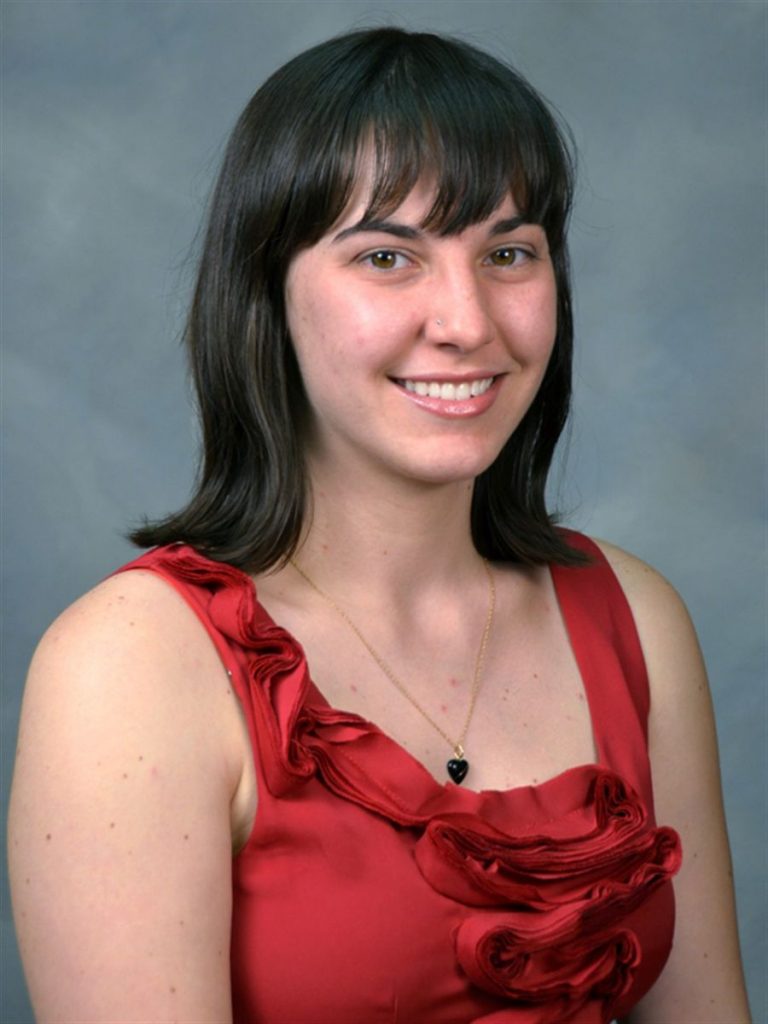 Gabrielle Dean, a media arts & entertainment and international studies double major, received a Fulbright English Teaching Assistantship to fund one year in Taiwan teaching in an elementary school. A St. Augustine, FL native, Dean studied Mandarin Chinese both at Elon and during a semester abroad. Follow her blog "Turning Taiwanese (I really think so): Adventures of a Fulbrighter." 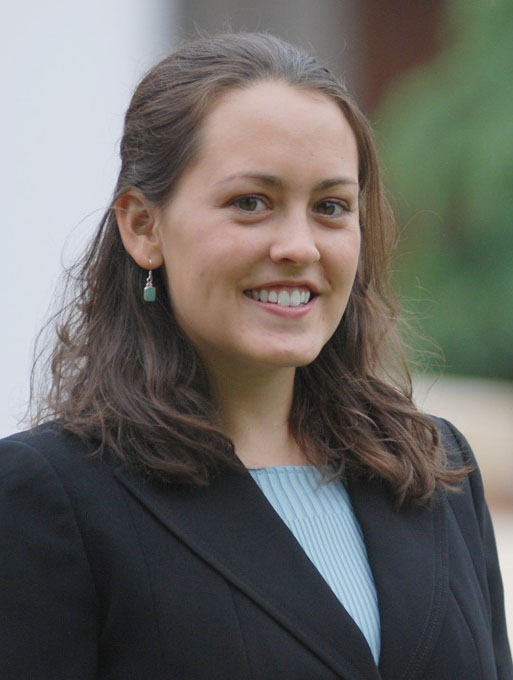 Molly McKnight Costigan, a Spanish major, received a Fulbright English Teaching Assistantship to fund one year in Spain teaching in an elementary school while conducting an independent project. A Frankfort, KY native, Costigan used her language skills to work with children through a sponsorship with the Valencian Regional Government and the Commission for Cultural, Educational and Scientific Exchange between the United States and Spain. Read about her experiences in her blog, "It's okay...I make up words in English, too." 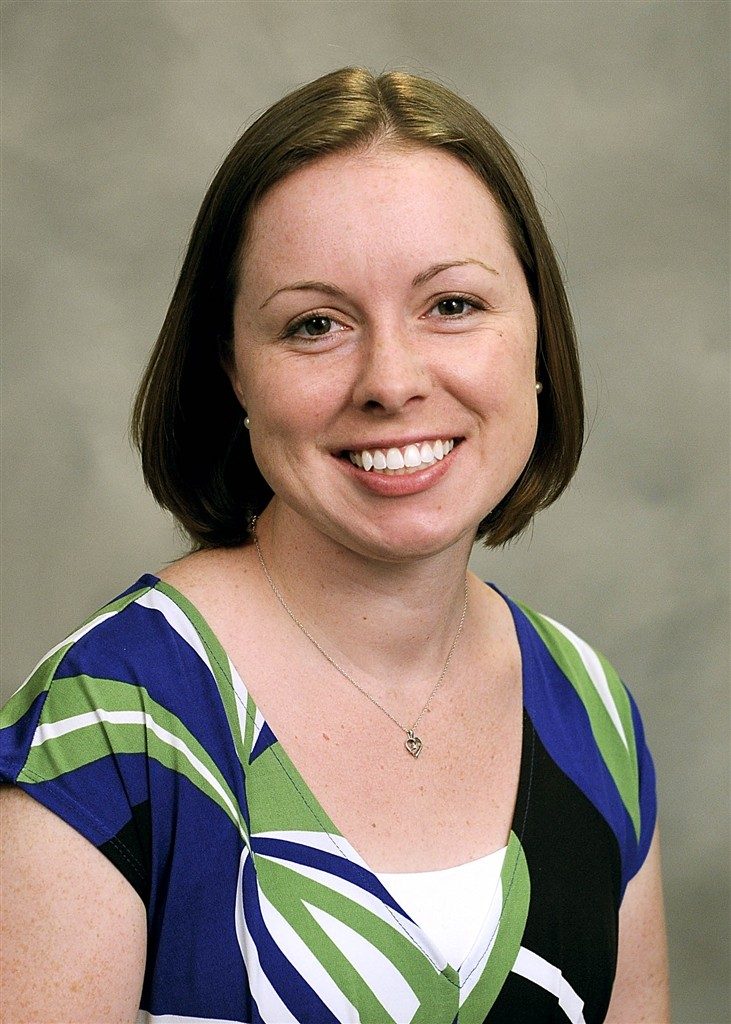 Rebecca Watts, a Spanish and international studies double-major, focused her research at Elon on linguistic transfer, or changes in the Spanish language due to the influence of English. Watts, who was awarded a Rotary Ambassadorial Scholarship, lived in Mexico City, Mexico, and eventually plans to pursue a master’s degree in Latin American Studies. Read about her experiences in her blog, "Becca in the D.F." 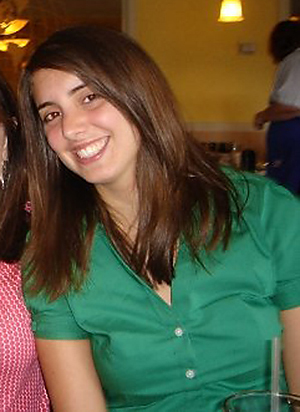 Christina Orangio spent a year living in Missoula, MT, serving as senior leader for Campus Corps with Montana Campus Compact. She received a Rotary Ambassadorial Scholarship that allowed her to study in South Africa to pursue her research, which focuses on eradicating poverty worldwide through environmental education and management. Learn more in her blog, "Life After Elon: Where Service Leads." 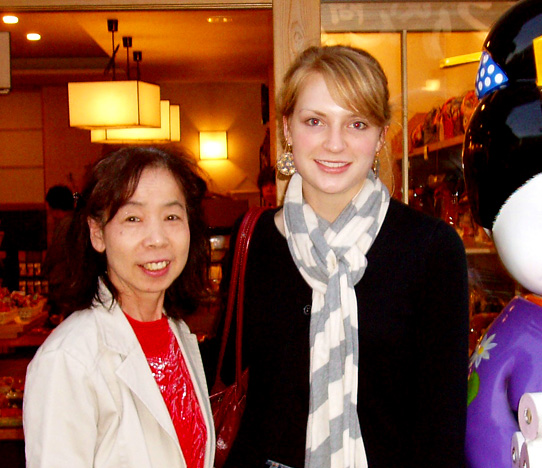 Victoria Davis, a political science and international studies double-major, served as a U.S. Fulbright Scholar in Japan. She recounted her work and cultural adventures in her blog, "The Year Without Frosting: A Fulbrighter in Japan." 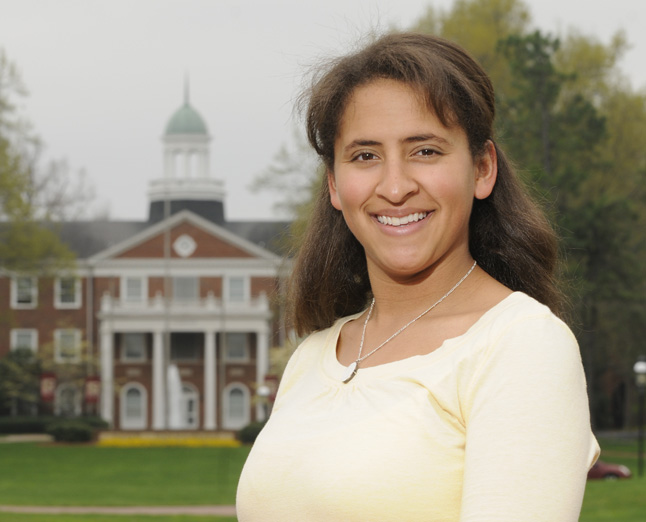