School of Communications students collected a total of nine awards in the Broadcast Education Association’s 2022 Festival of Media Arts, an international digital media and broadcast competition for faculty and students.

As part of the Osman’s Producing for the Screen class last spring, Shriver and Chavez – now graduates, then seniors – wrote the early script for “Purple Man,” a 16-minute film about grief, love and purple paint.

The many stages included recruiting a robust cast and crew to make the film, traveling to Wilmington, North Carolina, to shoot on location, and finding just the right makeup to ensure the lead character was the perfect shade of purple. That last hurdle involved getting insights from makeup artists in Los Angeles. As one might guess, makeup, the beach and sweat aren’t a great combination.

The students’ efforts paid off and the final version of “Purple Man” recently won first place in the Narrative Category of the 2022 Broadcast Education Association Festival of Media Arts. It was one of nine School of Communications projects recognized in the international digital media and broadcast competition for faculty and students. A complete list of Elon’s award recipients can be found below.

“While we have been fortunate to have regular success in the Festival of Media Arts – including some strong finishes in the Narrative Category – this is the school’s first-ever win in the category,” said Vic Costello, associate professor of cinema and television arts and current BEA president. “We are thrilled for Christian and Tyler, and glad to see their hard work – and their tremendous project – rewarded.”

Osman commended the duo for exceeding any expectations he had for the class project.

“They went beyond what was required and expected,” he said. “They weren’t just doing it for class or for grades. They did it because they love filmmaking. They have passion for it, and wanted to make a great short. This was all about storytelling and telling a good story. They went beyond what you would ever require for a course. That’s powerful – to see them having that passion.” 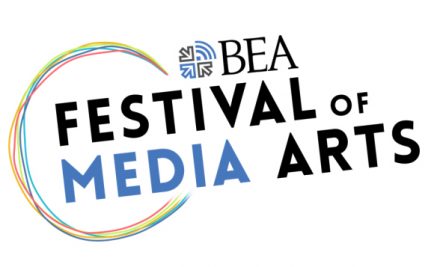 Other notable Elon finishes in the Festival of Media Arts included two second-place awards – “I’ll Be Gone” in the Music Video Category and “30 Minutes,” the 11th season of the “60 Minutes” Masterclass, in the TV News Magazine Category.

The 2022 Festival of Media Arts winners will be recognized April 24-25 during the festival in Las Vegas. Each year, the competition receives more than 1,500 submissions. BEA, a nonprofit organization in Washington D.C., focuses on driving insights in media production and career advancement for educators, students and professionals around the globe.