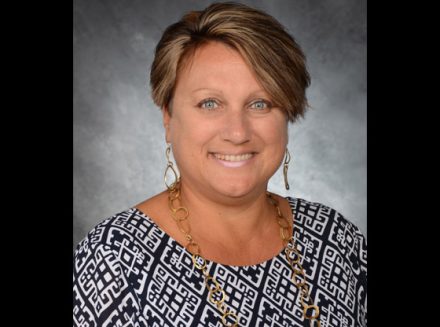 According to the Sandhills Sentinel, Wiley is “a student-centered educator who has worked tirelessly to instill an atmosphere of continuous learning and improvement for both students and staff. If you visit the school campus and classrooms, it is evident that her focus on improving culture and academics resonates with her staff. In addition, Wiley demonstrates an understanding of the importance of communicating with and involving all stakeholders as she engages parents and the community.”

“No good learning can come without a positive relationship. That is what I believe, that’s what I stand on,” Wiley told The Pilot newspaper. “I have an amazing staff. With the support that I get from my parents and the community, I’m just blessed. It is truly about building those relationships and the rest falls into place.”

Wiley’s 28 years in education have been spent exclusively in middle schools, according to The Pilot. She was named New Century Middle School’s Teacher of the Year in her first year with Moore County Schools and soon earned principal licensure through Sandhills Leadership Academy. Wiley moved to West Pine Middle in 2020 after serving for three years as principal at Elise Middle School.

Wiley has a bachelor’s degree in middle grades education from Elon and a master’s of education in secondary school administration/principalship from UNC-Pembroke.