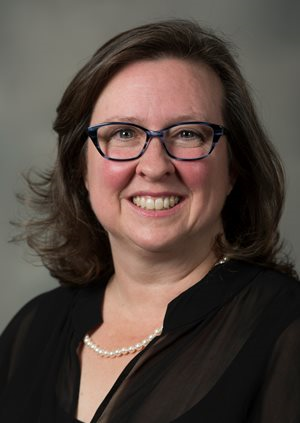 Professor of Religious Studies Toddie Peters was featured in two recent articles – one from CNN and the other from USA Today – and an essay in The New Yorker on the topic of abortion in the wake of the Supreme Court’s decision to uphold Mississippi’s 15-week abortion ban and overturn Roe v. Wade on June 24.

In the USA Today article, titled “Religions don’t agree on abortion. That’s why some faiths plan to take their case to court,” Peters, an ordained Presbyterian minister, addressed how conservative Christians in the United States play a significant role in how abortion is framed.

“When you require a woman to justify their decision to get an abortion, that assumes that abortion is wrong. And where is that assumption coming from? Christian activists,” Peters told USA Today reporter Trevor Hughes. “It’s just stunning to me the power that ideological perspective has on everybody’s life in the U.S.”

The CNN article focuses on how the Supreme Court recalibrated the abortion debate by shifting the language from “potential life” in the original 1973 Roe v. Wade ruling to “unborn human being” adopted from the Mississippi statute. The article from Eliott C. McLaughlin said this may seem like a “semantic argument,” but Peters suggests otherwise.

The language in the ruling has a “veiled religious narrative,” Peters told McLaughlin even without any explicit mentioning of God, Christianity or the Bible.

“That is an enormous shift,” Peters said. “It erases whole groups of people who have different religious beliefs.”

An essay appearing in the New Yorker titled “Is Abortion Sacred?” by Jia Tolentino also draws from Peters’ insights, quoting from her book, “Trust Women: A Progressive Christian Argument for Reproductive Justice.”

The debate about abortion in America is “rooted in the largely unacknowledged premise that continuing a pregnancy is a prima facie moral good,” the pro-choice Presbyterian minister Rebecca Todd Peters writes. But childbearing, Peters notes, is a morally weighted act, one that takes place in a world of limited and unequally distributed resources. Many people who get abortions—the majority of whom are poor women who already have children—understand this perfectly well. “We ought to take the decision to continue a pregnancy far more seriously than we do,” Peters writes.