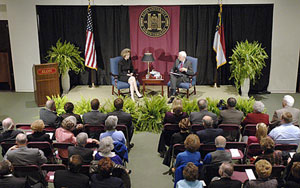 The Distinguished Leadership Lecture Series presented by The Joseph M. Bryan Foundation is an integral part of Elon Law's commitment to learning, lawyering and leadership. Endowed through a generous gift from The Joseph M. Bryan Foundation of Greensboro, N.C., the Distinguished Leadership Lecture Series brings accomplished leaders from a variety of disciplines to Elon to share their experiences and perspectives with students and faculty. 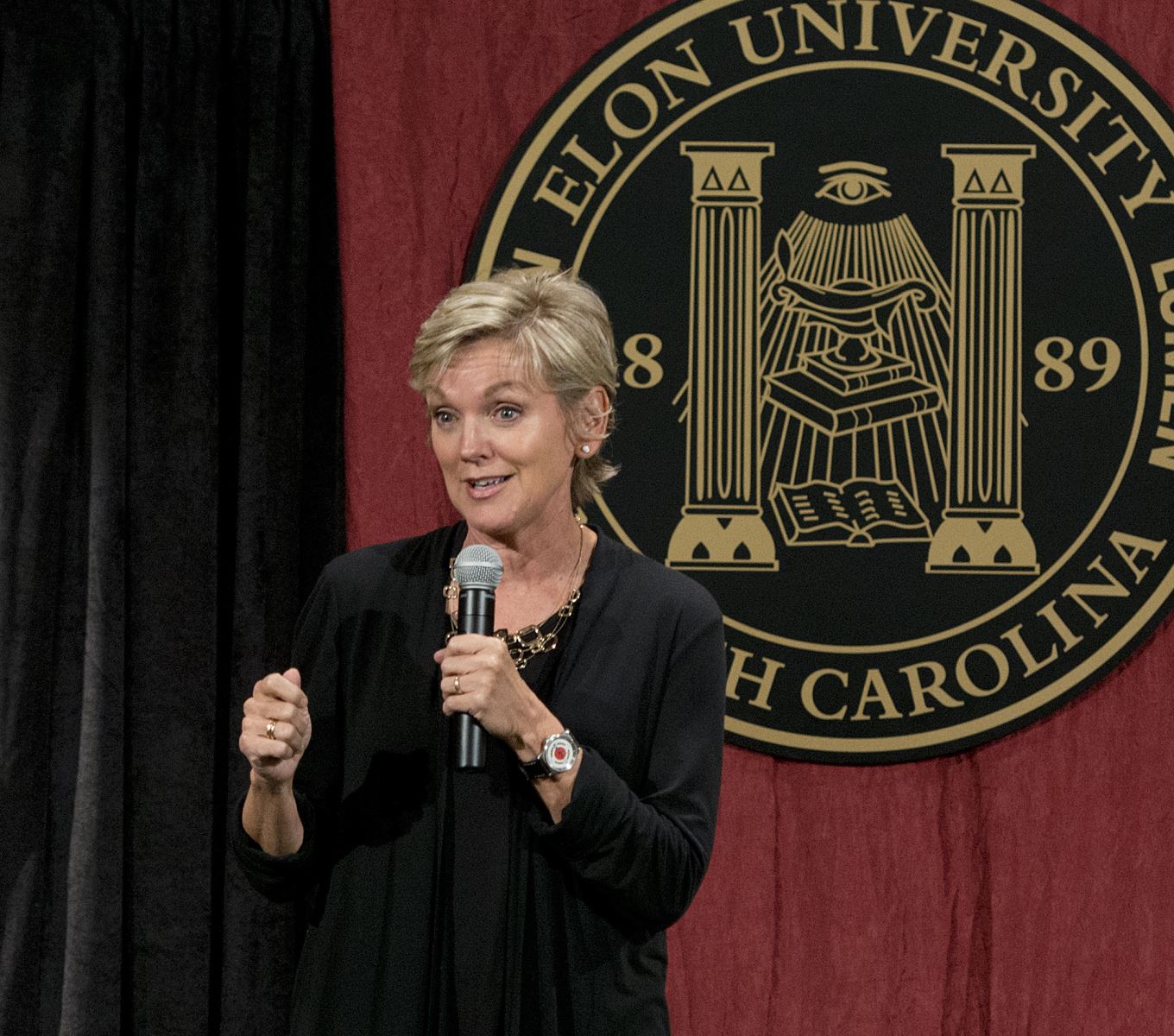 “If you’re not serving as a public lawyer, if you’re not stepping forward to infuse state legislatures and Congressional seats with the knowledge that you gain here, we just lose that benefit and it is a shame for the world. You have to step up and remember that it is not about you, it is about the changes that you want to make. By the power vested in me as a former governor, I hereby declare all you young people invited to lead.” 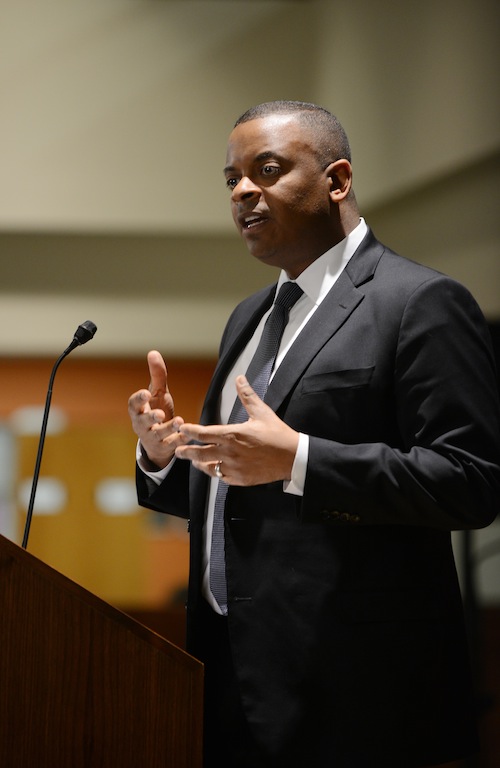 “The same system of laws that made it possible for my great-great grandmother to be sold into slavery later made it possible for me to gain a strong education and five generations later to be the mayor of the largest city in North Carolina. As a profession, we cannot take that legacy for granted. I wish for you that you will accept not only the privilege of being a lawyer but the responsibility to help our nation and world grapple with the challenges of the moment.”
Read the story 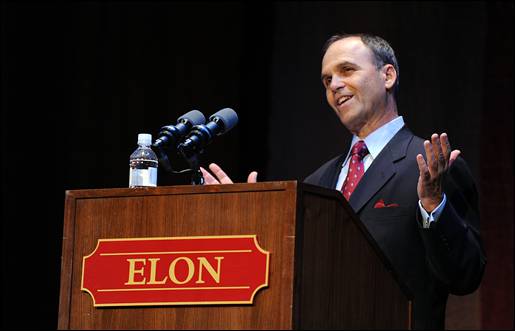 "[Americans] see positive potential in the law and they see in the law something that the market does not give them. I think the reason people are interested in the law has to do with the pivotal role it plays in society in determining questions of value."
Read the story

"Republicans are stalling on [judicial] nominees whether they are controversial or not... And the Democrats haven’t pushed it...and the people who are paying the price for this are litigants and the judicial system. For all the judges I know of both parties, the behavior of both parties in this is frankly confounding."
Read the story 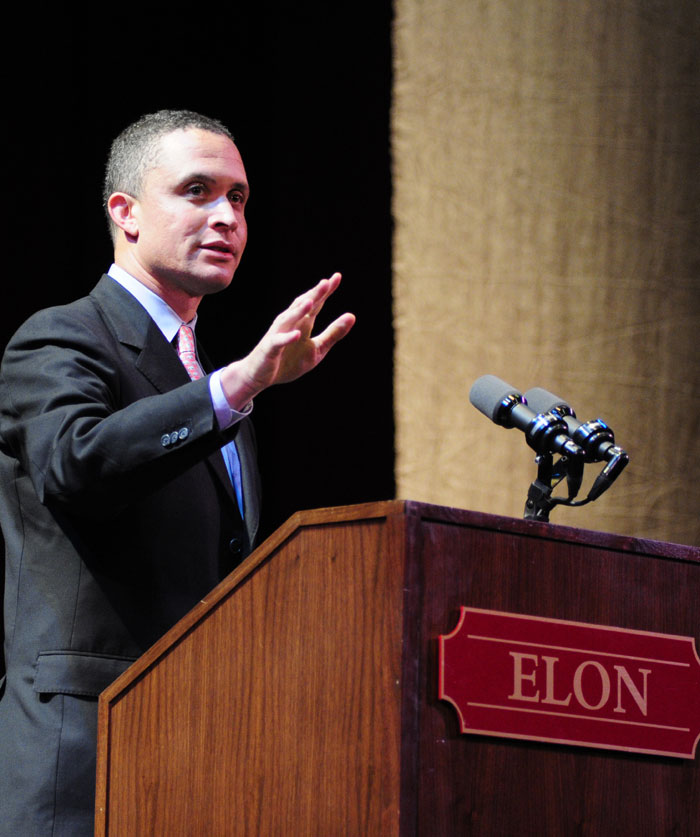 “The willingness to recognize when you’re right, and the courage to say when you’re wrong and correct it, in so many ways that’s the true test of leadership. If there was ever a time in which the kind of leadership that has defined America’s greatness since our inception was needed, that time is now.”  Read the story 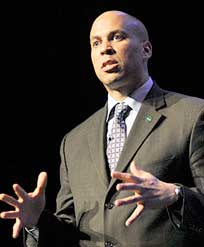 “Will we take ownership of our nation? Will we not look for blame but accept responsibility? This is our challenge - this is the test of this fledgling democracy still in its youth. Can it be bold enough, rich enough and inclusive enough to fulfill the dreams of our ancestors?”
Read the story 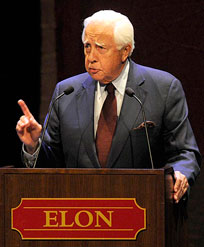 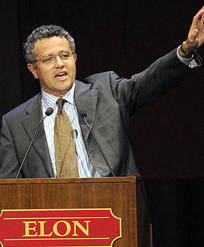 "What was it that changed about the Court after 2000? Justice O'Connor changed. She moved to the left because she saw that George W. Bush, the president that she put in office with her vote in Bush v. Gore, was not the kind of president she thought he was going to be."
Read the story 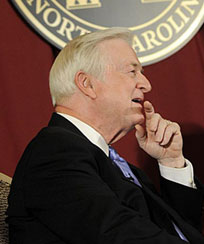 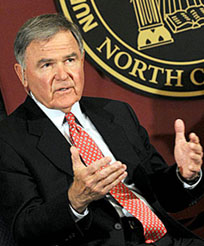 Bryan Foundation President
Former Mayor of Greensboro
March 7, 2008
"If you have a good idea, people want to be part of something exciting. They want to make a difference."
Read the story 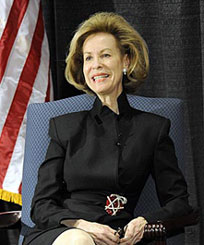 Former United States Ambassador
to Finland
February 20, 2008
"An organization's success, or lack thereof, has everything to do with leadership. Leadership filters down a lot faster than it filters up."
Read the story 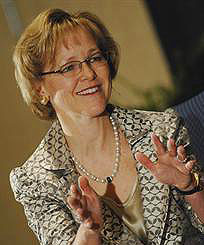 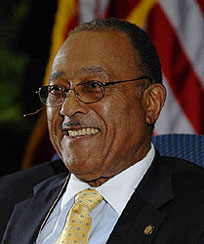 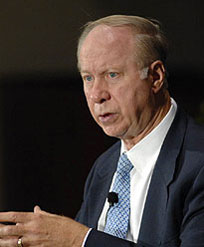 "More and more people are beginning to understand that leadership is not a top-down kind of ‘do this, do this, do this.’ Leadership today is much more about drawing the best out of people who are in your group.”
Read the story