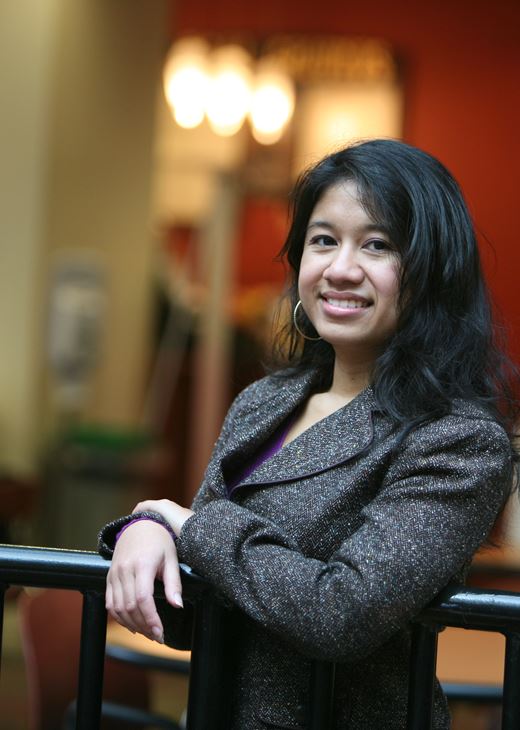 In her role as refugee policy advocate for the Montagnard Human Rights Organization, Anna Ksor Buonya L’10 spoke at a congressional hearing examining Vietnamese government human rights violations. Testifying in April before the U.S. House Foreign Affairs Committee, Subcommittee on Africa, Global Health, Global Human Rights and International Organizations, Buonya focused on the religious persecution and human rights violations faced by the Montagnard indigenous people of Vietnam. She urged the U.S. government to negotiate and obtain the release of all Montagnard prisoners before advancing more U.S. government defense and trade treaties in Vietnam. 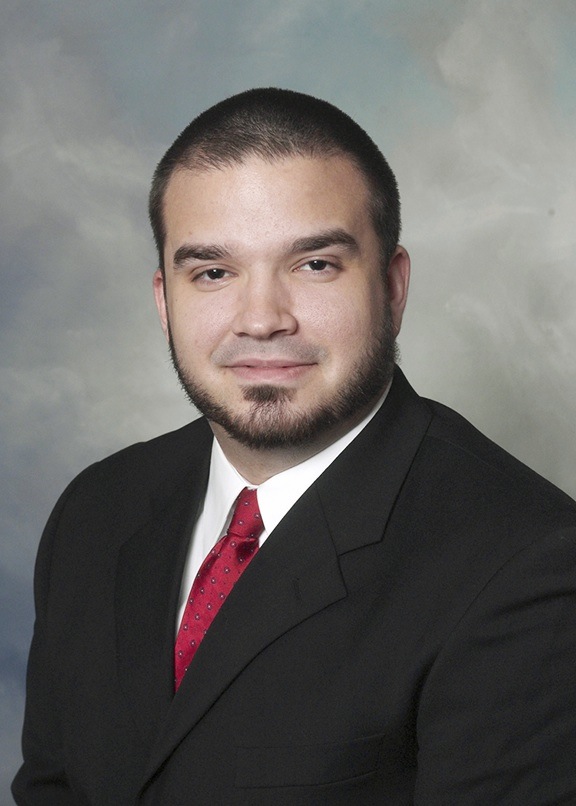 As a Legal Fellow at the American Civil Liberties Union of Pennsylvania, Jonathan C. Dunsmoor L’10 oversaw the Bailey v. City of Philadelphia project which involves teaching law school students and attorney volunteers the fundamentals of Fourth Amendment stop-and-frisk policies based on the U.S. Supreme Court decision in Terry v. Ohio. Dunsmoor’s work in this area stems from a 2010 federal class action filed by the ACLU of Pennsylvania and the law firm of Kairys, Rudovsky, Messing & Feinberg in U.S. District Court for the Eastern District?of Pennsylvania, alleging that thousands of people each year were being illegally stopped, frisked, searched and detained by the Philadelphia Police Department (PPD) as part of its stop-and-frisk policy. In 2011, the parties involved reached a settlement agreement, which included establishing a monitoring system for the review and analysis of future PPD stop-and-frisk data. 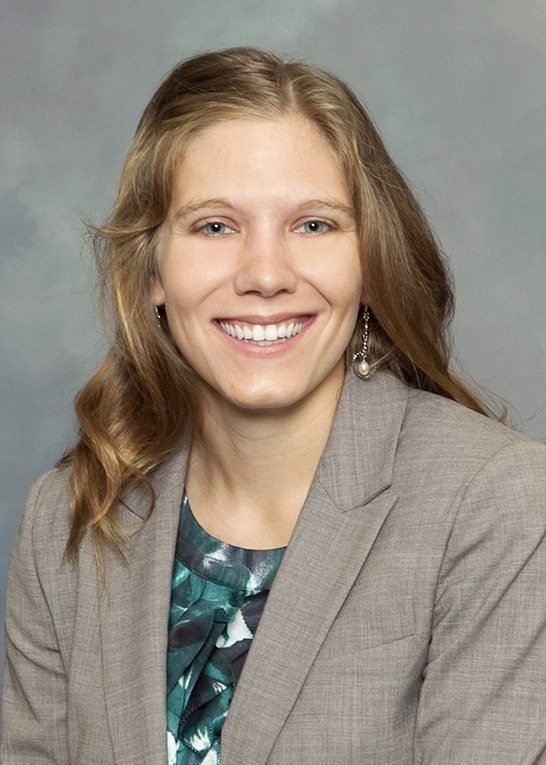 Melodie Menzer L’13 is the 2013 recipient of Elon Law’s highest honor for a graduating student— The David Gergen Award for Leadership and Professionalism.

Menzer is a founding member of the Pro Bono Board at Elon Law. She served in leadership positions in Delta Theta Phi and the Tax Law Interest Group while at Elon and acted as a case manager in the Innocence Project. In addition, she served clients in the law school’s Wills Drafting Clinic and Tax Counseling for the Elderly programs. In the community, Menzer volunteers to teach GED students, builds homes with Habitat for Humanity and volunteers as an active Big Sister in the Big Brothers/Big Sisters program. 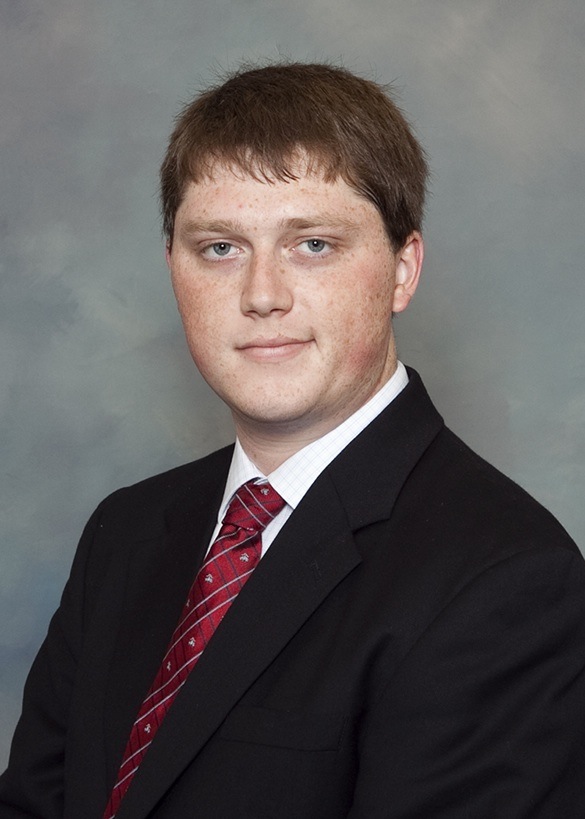 John Warren’s article, “Holding the Bench Accountable: Judges Qua Representatives,” examines how justices operating within electoral schemes of judicial selection must maintain the integrity of their adjudication duties in the context of partisan and ideological attacks on their decisions during election cycles. While attending Elon Law, Warren was the symposium editor of the Elon Law Review. A Note by Warren will appear in that journal in fall 2013, titled “Tale of Two Andersons: Anderson v. South Carolina Election Commission and Anderson v. Celebrezze–An Examination of the Constitutionality of Section 8-13- 1356 of the South Carolina Code of Laws Following the 2012 Primary Ballot Access Controversy.” Warren is scheduled to begin a clerkship in August for Judge John W. Kittredge of the S.C. Supreme Court for the 2013–14 term in Columbia, S.C. 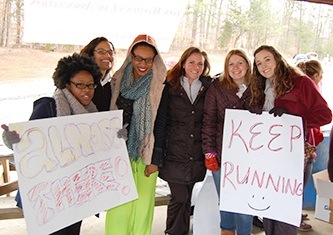 Each year, the Women’s Law Association (WLA) at Elon Law and the Elon Law Alumni Association coordinate the Barbara Sullivan 5K Race for Women’s Health in conjunction with Elon Law Reunion Weekend. Named for the mother of Ann Sullivan L’09, who lost her life to a brain tumor, the race raises funds for women’s health issues that affect family members of Elon Law students and alumni.

“The students and alumni of the Women’s Law Association, and all members of the Elon Law community who participated in the race, are gratified to support the work of important women’s health organizations each year through this charitable event,” said Ivy Oakley L’11 who led alumni organizing efforts for the race. “This race is one of the important Elon Law traditions that we are all committed to supporting for years to come. 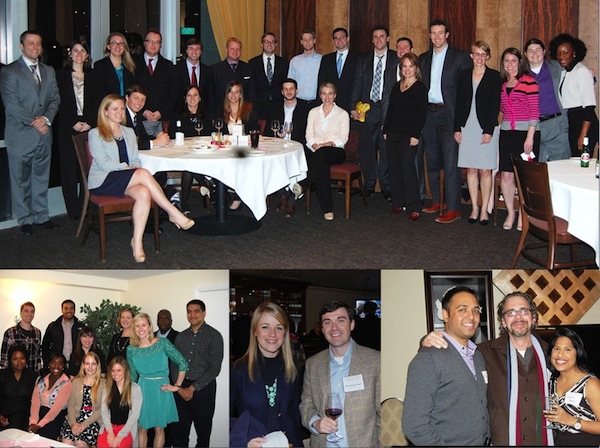 Each year, the Elon Law Alumni Association organizes receptions to build alumni connections throughout the state and nation, including events in Charlotte, Greensboro and Raleigh, N.C., and Washington, D.C.

Jon Aust is an associate attorney with the Bedard Law Group, P.C. in Duluth, Ga.

Katie Bobb is the Director of Legal Services for the Gwinnett Sexual Assault and Children’s Advocacy Center in Duluth, Ga.

Jennifer Bowden joined R. Steve Bowden and Associates in Greensboro, N.C., as an associate in 2009, where she concentrates in negotiating, settling and litigating person injury cases.

Chad Hinton, a partner with DeLoatch & Hinton, PLLC in Tarboro, N.C., was elected to the Edgecombe County Board of Elections in July 2013. Members of that body selected Chad to serve as chairman of the board. In addition, Chad was appointed by Governor Pat McCrory to the Board of Trustees of Edgecombe Community College. He was also recognized for outstanding service as President of the Tarboro Rotary Club from June 2012 to June 2013.

Amy Holthouser received the Distinguished Rotarian of the Year award from Rotary District 7680 in May of 2013 for exemplifying “Service Above Self ” in her daily life as a Rotarian and as a member of her community. Amy was selected to be a part of the Lake Norman Chamber of Commerce’s 2013–14 Leadership Lake Norman Class, a development program for informed, qualified individuals capable of providing leadership for the Lake Norman region. Amy works for The McIntosh Law Firm in Davidson, N.C.

Adam Arthur was elected to a second term as Chairman of the Family Law Section of the Greensboro Bar Association. As Chairman, Adam, with other members of the bar and bench, led a significant revision to the Civil Case Management Rules (Local Rules) of the 18th Judicial District Court. Adam moderated and taught a CLE on the new rules. He continues to serve on the committee concerning Civil District Court local rules. Adam serves as a judge to the Guilford County Teen Court.

David Morrow II ’07 was named an American Bar Association Business Law Fellow in June 2013. In July, he received the National Bar Association’s 2013 Junius W. Williams Young Lawyer of the Year Award, recognizing his contributions to society as a young lawyer, and the NBA’s 2013 President’s Award during its 88th Annual Convention in Miami, Fla. David was named a 2013 “Top 10 Under 10” alumnus of Elon University in April 2013, in recognition of his civic and professional leadership.

Nicole Patterson was selected to participate in the three- year ABA Section of Labor and Employment Law Development Fund Fellowship Program in August of 2013. Nicole is a labor and employee relations specialist at the Health Resources and Services Administration (HRSA), an agency in the U.S. Department of Health and Human Services, in Rockville, Md.

Richard Webb will present at the Fall Seminar CLE for Judicial District 22A on the topics of Termination of Parental Rights and Name Changes. Richard is an associate attorney at Jones, Childers, McLurkin & Donaldson, PLLC in Mooresville, N.C.

Samantha Gilman ‘08 is a research consultant for The Lewin Group in Washington, D.C.

Jeremy Leonard joined the law firm of Hairston Lane Brannon, P.A. in Raleigh, N.C., as an associate attorney in September of 2011, concentrating in employment and labor law and municipal litigation. Jeremy has served as lead attorney on several appellate cases before he North Carolina Court of Appeals and federal courts in North Carolina. Additionally, Jeremy was hired as an adjunct professor for mock trial and trial advocacy courses at North Carolina State University in the summer of 2013, where he also coaches the undergraduate mock trial team.

Collin Cooper was named Associate Editor of The Young Lawyer, a publication of the Young Lawyers Division (YLD) of the American Bar Association (ABA) in July 2013. In addition, he was selected as an ABA YLD Scholar for 2013–14, an honor bestowed on approximately 16 young attorneys annually.

Heather Dolan is an associate attorney at Sullivan & Snow, PLLC in Jacksonville, N.C.

Jim Grant accepted a position as an Assistant Appellate Defender with the North Carolina Office of the Appellate Defender in September of 2013 after previously clerking for Judge Robert N. Hunter on the North Carolina Court of Appeals. Jim’s duties will include representing indigent clients in criminal, juvenile delinquency and civil commitment cases in N.C. appellate courts.

Benjamin Snyder is an associate at McKinney Perry & Coalter, P.A. in Greensboro, N.C.