Russell started at the show in 2016 as an intern and has recently been promoted to a producer. 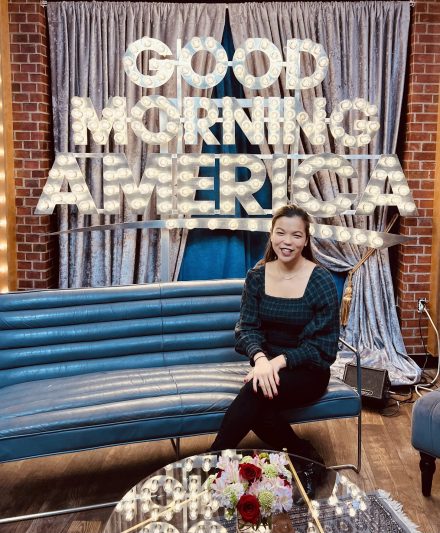 Sara Russell ‘16 has truly demonstrated how to climb the career ladder. Russell was recently promoted to producer at “Good Morning America” (GMA) after almost six years of working with the show.

Russell started at GMA in 2016 as a production associate, where she spent her time working on taped stories. These hard news segments would often air early in the morning immediately after completion. She would often work from 6 p.m. until 7 a.m. depending on the workload and devoted many of her weekends to the show. However, Russell quickly learned that she wanted to advance beyond the overnight shift and begin to produce live segments.

“After two years producing taped stories, I wanted to learn how to produce live segments, like fashion and cooking segments,” said Russell. “So I hustled and worked in both departments for a while until my bosses were able to let me switch and fully work for what we call the ‘Second Hour GMA Team.’”

Now, as a producer, Russell focuses on creating entertainment and lifestyle stories, which air later in the show after the taped hard news segments. Since she does not always have a story airing every day, she uses her extra time to prepare for future stories. 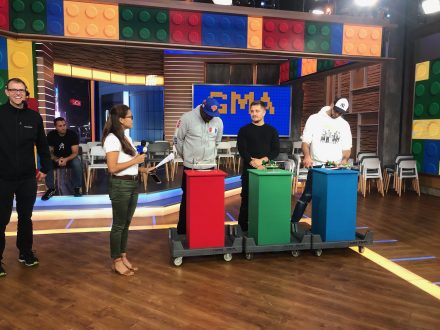 Russell is currently looking ahead to as far as May, and beginning to explore how GMA will cover Asian and American Pacific Islander (AAPI) Heritage Month, and starting to connect with celebrity partners.

“Because of my experiences at Elon, I have been able to be that above and beyond intern and from there I took that experience straight to GMA,” she said. “Being active in student media is so important, it makes you stick out as an intern applicant, and it adds to your resume.”

Since graduation, Russell has remained close with the Elon community. Along with Brian Mezerski ’15 and Ryan Green ’15, she has invited participants of the Elon in New York summer program to learn about working in New York City and at ABC News. Russell has also shared her advice and experiences in the “60 Minutes” Masterclass, which focuses on investigative and feature television pieces. 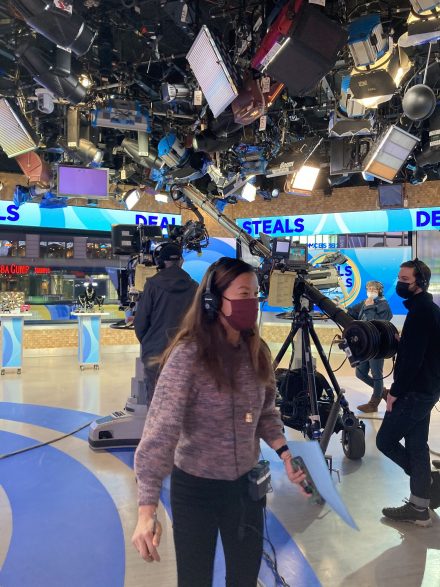 Russell advises current Elon students to be bold and take chances with their careers. While alumni connections are valuable, Russell emphasized the importance of taking initiative and reaching out to professionals in the industry.

“I wrote a blind email to a current GMA producer and she was so impressed I figured out her email,” she said. “That informational interview with her literally changed my career. The information she gave me helped me make smarter career choices and set me up for success at network-level news.”

While reflecting on her career journey, Russell shared that she did not get the GMA internship until after her third application. Instead of giving up or moving on, Russell learned that if she did her research and put in the work, everything would work out in the end.

“I’m so excited to have a role that reflects the work and responsibility that I have at the show,” she said. “It’s been a long journey, but well worth every moment.”