When Jacob Hyle ‘22 participated in the Adventure in Leadership Summer program as a first-year student at Elon University, he noticed that it was designed almost specifically for him, identifying as a straight, cisgender, white male. The program was personally impactful, so much so that he changed his major to adventure, health and physical education, but it became glaringly clear to him that outdoor experiential spaces didn’t provide the same support for marginalized groups.

Such a discovery was the basis for his Lumen Prize research, “Access is Not Enough: Supporting People of Diverse Backgrounds, Beliefs and Cultures in Outdoor Experiential Education (OEE).”

“Through my experiences there and the courses of my major, more and more, the exclusionary history of the outdoors is pretty clear,” Hyle said. “So often we see that access is equated with equity in the field and that’s not necessarily the case at all. My project focuses on how can we better support marginalized identities within the field of OEE.”

The Lumen Prize is Elon’s most prestigious award for undergraduate research and grants scholars a $20,000 scholarship to support a chosen research project, allowing them to work closely with a faculty mentor on that project for two years. Each year, 15 rising juniors are named Lumen Scholars and conduct research that often produces conference presentations and publications.

Hyle’s project is focused on interviewing outdoor experiential education leaders from college, for-profit and nonprofit programs to get information on what kind of social justice initiatives and training they have in place.

The Association for Experiential Education outlines six values guiding the field of experiential education and one of those is social justice. However, most outdoor learning programs lacked a detailed and dedicated plan to achieve that goal.

Hyle, along with his mentor, Associate Professor of Education Scott Morrison, interviewed 22 leaders in OEE to gauge how they felt about their organization’s mission toward social justice and whether they feel they support people from marginalized identities within their programming.

A majority of those interviewed felt that their organizations were working toward meeting those goals, but closer inspection showed that there are more gaps that need to be addressed.

“We saw there was a little more complex of a picture,” Hyle said. “A lot of the talk in the field was so focused on access. As a result, the conclusion and implications of my research talk more about why support and moving toward empowerment for marginalized identities in the field is important and hopefully identifies some steps and ways to move forward.”

OEE tends to limit who gets access based on several factors, but race, class and gender are the primary reasons. “It’s male-dominated, it’s white-dominated and it’s middle- and upper-class-dominated. If you’re from a group that’s not part of those dominant areas, then you don’t get to go,” Morrison said.

But granting access to these spaces is only part of the equation.

“Getting people to have an experience outside is one thing,” Morrison added. “But once they’re there, how do you know you’re effective at bringing people in who don’t normally have those experiences?”

The way to achieve this is through creating in-depth training for those in leadership positions to ensure they are creating as open and welcoming of an environment as possible. But more than that, there has to be due diligence in assessing and evaluating the performance of the training afterward.

“Most people don’t know what to do past that point, besides these ideas of doing these trainings. But the trainings that are happening, they’re not being evaluated,” Hyle said. “Making sure that we implement forms of assessment or evaluation to reflect on these trainings and build upon them is important.”

Hyle and Morrison are both white men, and 19 of the 22 people they interviewed were white. They are aware that many people within OEE are reluctant to get into such uncomfortable topics. The pair began their Lumen research in the middle of not just the COVID-19 pandemic, but the wake of social injustices in the United States such as the killings of George Floyd, Ahmaud Arbery and Breonna Taylor.

During that time, most of the organizations they spoke with were also caught up in that moment.

“The deeper we dug, we realized that it was probably more superficial than a culture around justice in the organization,” Morrison said.  “I don’t want to frame that too negatively, but that’s one of the themes. We saw evidence of allyship … people that we talked to agreed to participate, so it’s a convenience sample, no doubt. But we didn’t hear a lot of examples of sustained training.”

Hyle said that “whiteness permeates OEE” which makes it difficult to integrate training in some ways. With the field uniquely situated to accommodate engaging and safe spaces, expanding is the way to fully integrate these practices. 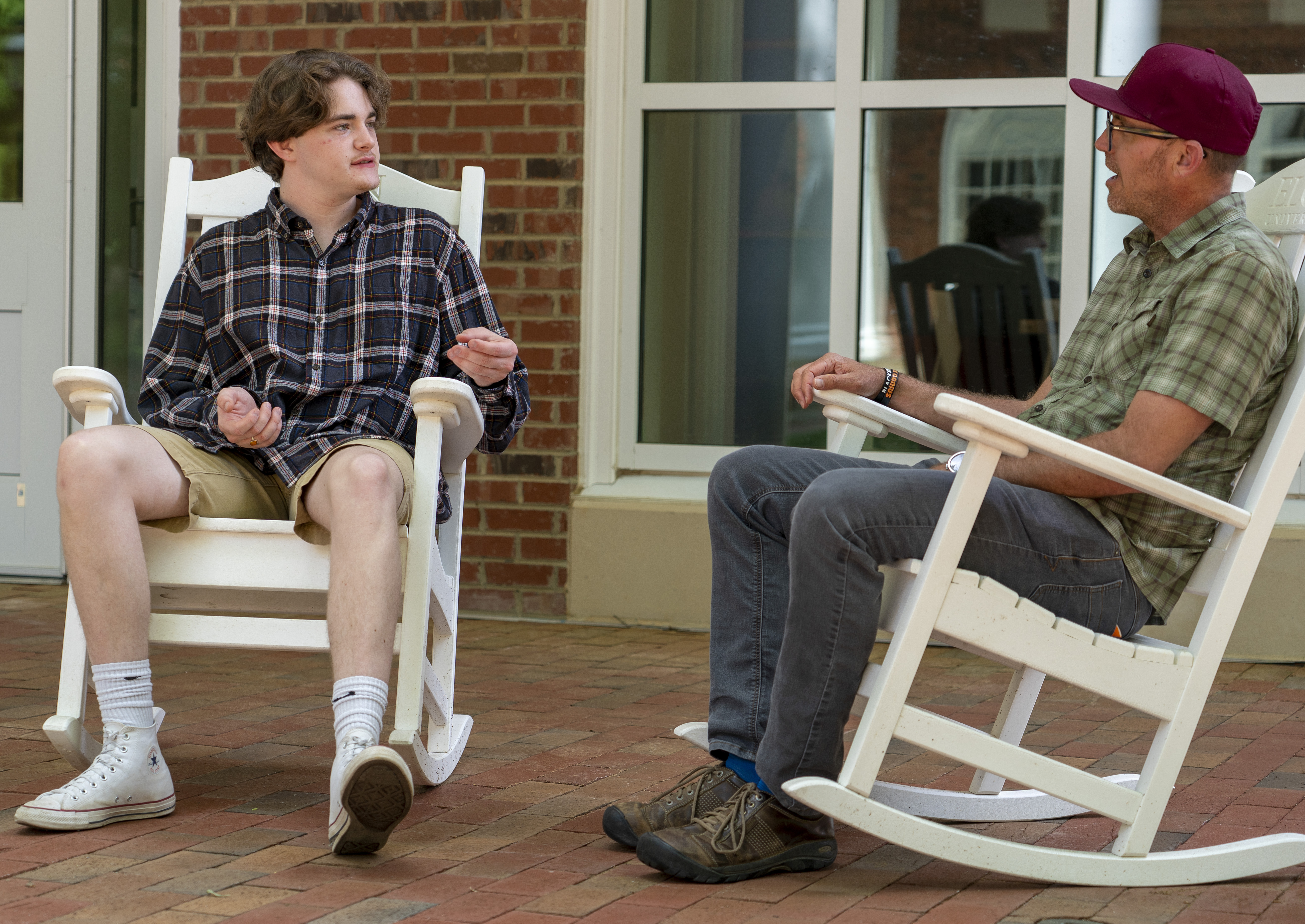 In the time spent on this research, Morrison has seen the many ways Hyle has grown – not just as a researcher, but as a person.

“I think it’s helped his racial identity development, I think that he grew a lot as an interviewer and he’s been a very organized and thorough researcher,” Morrison said. “I’m hoping that he’ll bring some of what he learned as a researcher into practice.”

Eventually, Hyle hopes to acquire his master’s and doctorate degrees and continue as an educator with hopes to become a professor in experiential or outdoor education.

“I think it’s a very transformative field and I think it can be pushed to be more equitable,” Hyle said. “Doing this research project has further engrained me … in the betterment of the field. Hopefully, I can take this research and apply it from a programmatic standpoint so that way it’s impacting real change within organizations.”

Learn more about the Lumen Prize and its recipients here.

Q&A: Ashley Judd talks about addressing mental health, advocating for others ahead of Elon visit

UPDATE: Fall Convocation with Ashley Judd has been canceled due to severe weather.

The event was held for the fourth consecutive year in Moseley Center on Aug. 31.

Elon to co-sponsor ABSS Board of Education Candidate Forum on Oct. 11

The university is partnering with Impact Alamance and the Alamance County Chamber of Commerce to sponsor a forum of ABSS Board of Education candidates on Tuesday, Oct. 11.