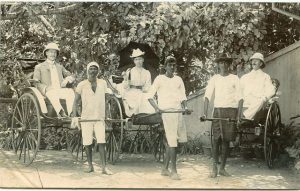 Imperialism in the Nineteenth and Twentieth Century

This seminar will introduce students to the main problems, issues, trends, etc. that historically shaped nineteenth- and twentieth-century imperialism as well as engage the major debates on the topic that have developed among scholars from different academic fields. This course examines the changing interconnection between imperialism, industrialization, and capitalism from the eighteenth- to the twenty-first century. The course stresses how imperialism began a process of rapidly changing social, cultural, economic, political, and environmental structures over time – not only in the colonial world but in the nations of the colonizers as well. In this regard, the course asks students to think about the diverse ways that colonized peoples and the colonizers influenced and shaped one another’s worlds, both in the past and today. By emphasizing how imperialism spurred a series of global processes that shape and continue to shape the world today, the course encourages students to analyze their own lives as the product of ongoing and dynamic processes of social, cultural, political, and economic change.

Nazi Germany and the Holocaust

The senior seminar is a capstone experience designed for majors. This course offers practical experience in researching, writing and presenting a senior thesis, which builds on previous work in the field (that must be approved by the professor).

This senior seminar provides history majors the opportunity to write a senior thesis on important issues and problems central to the rise of Hitler and the Nazi state and/or historical debates that continue to surround the origins, implementation, and aftermath of the Holocaust – the systematic, industrialized mass murder of an estimated six million European Jews, as well as homosexuals, communists, Roma and Sinti, handicapped, and other victims by Nazi Germany and its collaborators during WWII. Students may choose from a variety economic, political, social, cultural, diplomatic, scientific, or intellectual approaches to the study of Nazi Germany and the Holocaust in a substantial research paper that advances a significant argument and presents evidence from a variety of sources, both primary and secondary.

Prerequisite: HST 301 or permission of the instructor.

“All wars,” argues the novelist Viet Thahn Nguyen, “are fought twice, the first time on the battlefield, the second time in memory.” This is especially true of the US Civil War. Even today, the memory of the Civil War can prompt heated controversy and violent confrontation. This class will explore the various stories and memories Americans have created about the war. Students will examine many forms of memorialization, from monuments to stories to film, from the immediate post-war period up to the present. We will investigate their connections to white supremacy, social movements, and civil rights struggles to understand why Americans continue to invoke the history of the Civil War. In the process, students will write an original paper grounded in historical research to hone their research and writing skills. 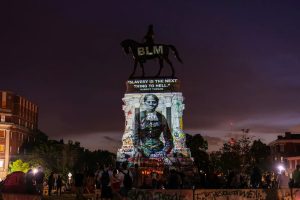