Elon Faculty with Expertise in Religion

The Elon Center for the Study of Religion, Culture, and Society seeks to foster research, teaching, and dialogue that informs community knowledge and action. The following are Elon faculty who explore the intersections of religion, culture, and society in their scholarly research and who are willing to serve as mentors to student research projects or as community educational resources through speaking engagements and special events. 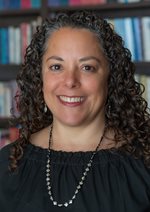 Dr. Allocco’s research focuses on contemporary Hinduism, including goddess traditions, snake worship, and healing practices, in the state of Tamil Nadu in South India, where she has been studying and conducting fieldwork for more than 20 years. She is an ethnographer who specializes in performance and ritual studies, with a particular interest in gender and religion. Dr. Avaunt’s research interests include ritual performance, critical dance theory, Asian and Asian-American dance history, and the role of culture and gender in the production of choreography. As a dance choreographer, she currently studies the lion dance within Asian diasporic communities, focusing specifically on women who perform this historically male-dominated ritual practice. 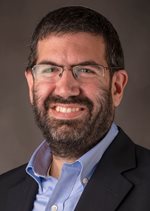 Dr. Claussen’s scholarship focuses on Jewish ethics and theology. He is particularly interested in questions of love and justice, war and violence, animal ethics, moral education, and the legacy of the 19th century Musar movement. 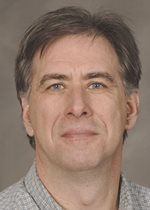 Dr. Ellis’ scholarship examines how American Indian communities maintain their cultural and ethnic indentities through a wide variety of practices, including religious and ceremonial ritual. He has published widely on the history of Christian missions on the Southern Plains, Native hymn traditions, and dance, and is currently conducting fieldwork on Native Christianity in southeast North Carolina, and on the Native American Church in southwest Oklahoma. Born in Málaga, Spain, Garcia-Soormally earned a bachelor’s degree in English philology and a doctorate in Spanish philology from the Universidad de Málaga. She holds a doctorate in Spanish language and literature and a master’s in Spanish and Latin American literature from Duke University. Mina Garcia examines what historic Spanish texts can teach us about how we define our identity. Her research interests include the role of literature in the expansion of the Spanish empire, Early Modern Spanish literature, transatlantic studies, Latin American colonial culture and literature, the relation between society and superstition in the early modern period, and the spiritual and territorial conquest of the Americas, especially colonial Mexico. Current writing projects include: 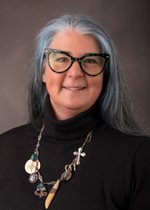 Dr. Gatti’s field of research is in the field of medieval studies.Her writing is focused on the art and culture of medieval bishops and especially the relationships between material, performance, the texts of the Mass. Gatti is often asked to talk about the art and architecture of Judaism, Christianity, and Islam and has studied and travelled extensively through central and northern Italy. 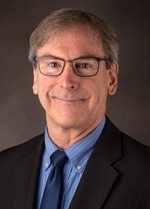 Dr. Hatcher is a former journalist who teaches a Religion and Media class (COM 333) at Elon University on an annual basis. Hatcher has written about religion news coverage for The Scoop blog at the Annenberg School for Communication and Journalism at the University of Southern California, and he is a contributor on cultural issues such as gay marriage and atheism to the op-ed pages of area newspapers. His research focuses on the intersection of religion and popular culture, as well as religion and the news media 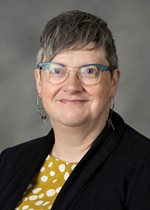 Professor Huber’s scholarship focuses upon the Book of Revelation,

including its artistic representation, and gender and sexuality in early Christianity. She is interested in how Christian texts challenge Roman valorizations of family and how these might inform contemporary perspectives on the inclusion of LGBTQ individuals in Christian contexts and society in general.

Associate Professor of Political Science, Director of the Elon Poll 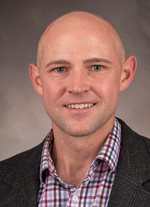 Dr. Husser studies American political behavior with an emphasis on religion’s role in political polarization. He also researches survey methodology. He completed a Ph.D. from Vanderbilt University in 2012. 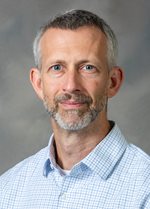 Dr. Irons reexamines in his current research the process through which black Southerners withdrew from white-controlled churches following the American Civil War and, more centrally, of the changes white southerners made to Protestant belief and ecclesiology as a result.  He is completing a book on the topic tentatively entitled, Reconstruction and the Making of White Evangelicalism. Dr. Kasim is a historian of twentieth-century Africa. He received a Ph.D. in 2019 at Washington University in St. Louis. To date, his research has been examining how Africans came to terms with colonial rule and the postcolonial evolution as well as ways in which Africans navigated the challenges and opportunities in the eras. While converting his Ph.D. dissertation into a manuscript, Dr. Kasim is exploring ways to publish his M.Phil. research on Islam and a Muslim society in West Africa. 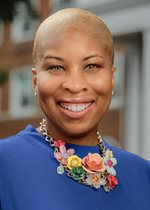 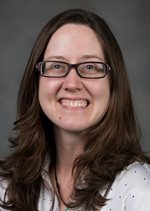 Dr. Ariela Marcus-Sells is a professor of Religious Studies at Elon University. She graduated with a PhD in Religious Studies and Islamic Studies from Stanford University in 2015. Her research focuses on Sufi intellectual history, the history of Muslim societies in West Africa, and the relationship between the categories of Religion, Magic, and Science. Dr. Marshall is a Human Geographer who specializes in the political and cultural geography of the Middle East, with particular attention to children and youth affected by conflict and forced migration. His research examines issues of trauma, memory, gender, and religion in relation to the lives, spaces, and mobility of Palestinian refugee children in the West Bank. Working in the deeply divided societies of Lebanon, Bosnia-and-Herzegovina, and Cyprus, his work has also examined the ways in which young people re-imagine belonging in the wake of ethnic and sectarian conflict. His most recent research investigates inter-generational memory of shared/contested holy sites in the West Bank. In addition to his research in the Middle East, Dr. Marshall is also involved in ongoing research projects related to Muslim migrants and refugees in the US and Muslim youth in the West more broadly.

Drawing on his research in Bosnia and Herzegovina, Dr. Marshall recently published an article entitled “Why are ‘we’ called ‘them’?: Storytelling and the contested terrain of post-conflict public formation” with coauthors Lynn A Staeheli and Vanja Čelebičić in Environment and Planning D: Society and Space. A full list of his publications is available on his Google Scholar page.

In addition to Dr. Marshall’s service to the Center for the Study of Religion, Culture, and Society at Elon, he also serves as a board member on the Geography of Religions and Belief Systems (GORABS) Specialty Group at the Association of American Geographers (AAG). 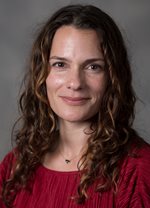 Dr. Meinking’s research focuses on the worlds of classical and late antiquity, and primarily concerns intersections between religion, politics, and intellectual culture in the third and fourth centuries CE. Her doctoral dissertation examined De ira Dei (’On the Anger of God’), a treatise by the fourth-century Christian intellectual Lactantius. She is also interested in Roman topography and Latin pedagogy. Professor Monteith specializes in American religion with a focus on secularism and various forms of social power. The courses that he teaches include: Religion and Power, Religion and War in America, Irreligious and Secular Traditions, Religion and American Popular Culture, and Christian Traditions. 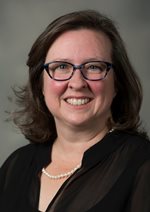 Dr. Peters is a feminist social ethicist and is particularly interested in the role that Christianity has played in shaping public conversations about contemporary social problems. Her research interests include globalization, economic, and environmental ethics; sexuality issues and reproductive justice. She is an ordained PCUSA minister and represents the PCUSA as a member of the Faith and Order Commission of the World Council of Churches.

Director of the Center for the Study of Religion, Culture and Society and Professor of Religious Studies 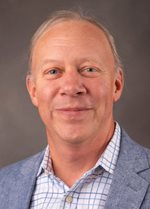 Dr. Brian K. Pennington is a scholar of modern

Hinduism. His primary research interests are in colonial-era religion in India, the history of religion in South Asia, religion and violence, and contemporary religious change in India. 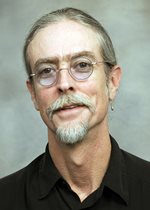 Professor Russell’s work is in the field of religion and culture. His writing explores the intersections between evangelical Christianity and NASCAR and the religious inspirations and impulses in modern music, including hip hop, the blues, and rock and roll. Dr. Singh’s research examines the influence of work and non-work (e.g., family and community) factors on employee outcomes, such as performance (in-role and extra-role), organizational attachment, well-being, and turnover intentions. In the examination of the above relationships, he uses religiosity and spirituality as important boundary conditions. Dr. Singh’s research conceptualizes religiosity and spirituality as personal resources that help to buffer individuals against work and non-work demands and mitigate their negative influence on employee attitudes and work behaviors.  Dr. Singh’s teaching interests include Organizational Behavior (OB), Human Resource Management (HRM), and Business Ethics. Dr. Singh has taught several courses to both undergraduate and graduate classes. 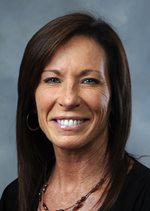 Dr. Rissa Trachman is Associate Professor of anthropology and Chair of the Sociology and Anthropology Department at Elon University, Elon, North Carolina. She specializes in Maya archaeology and has been conducting archaeology field work in Belize since 1997. She has been co-organizing field schools in Belize with the University of Texas since 2001, and began leading a field school through Elon in summer 2009. She is currently conducting field research at the site of Dos Hombres in Belize, the project in which field school students will be participating. Her research interests also include topics such as household archaeology, ancient social organization, lithic technology, gender and archaeology, ancient childhood, and ancient water management. 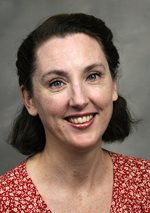 Dr. Winfield is a scholar of Buddhist studies whose research and teaching focus on the intersection of religion and visual/material culture in East Asia. Fields of interest include Japanese Buddhism, East Asian religions, Zen, Tantric Buddhism, religious experience, sacred space, religious healing, and church-state relations in Japan and China.