About Our 2022 Presenters & Panelists

Luke Bierman is a national leader in experiential legal education and most recently served as dean of Elon University School of Law where he continues as a professor of law and dean emeritus. Formerly, he was the associate dean for experiential education and distinguished professor of practice of law at Northeastern University School of Law in Boston. Professor Bierman earned his Ph.D. and M.A. in political science from the University at Albany; his J.D. from the Marshall-Wythe School of Law at the College of William and Mary in Virginia, where he was a member of Law Review; and his B.A. magna cum laude and with High Honors from Colgate University, where he was elected to Phi Beta Kappa. Professor Bierman is a frequent lecturer and commentator about corporate governance reform, fiduciary responsibility and ethics, and justice reform. He is an elected member of the American Law Institute. 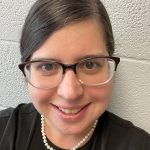 Lauren Brasil is the co-director and managing attorney of the Fair Housing Project of Legal Aid of North Carolina. Since joining the Fair Housing Project in 2013 as a staff attorney, Ms. Brasil has represented victims of housing discrimination in fair housing administrative proceedings before the U.S. Department of Housing and Urban Development and State and local administrative agencies, as well as in state and federal court. She has presented at fair housing seminars for housing consumers, advocates, attorneys, and housing providers. She is a heritage Spanish-speaker and has worked with Spanish-speaking clients and communities across North Carolina. Ms. Brasil is a member of the North Carolina State Bar. She earned her undergraduate degree at Lehigh University and her J.D. at Temple University School of Law.

Chrystal Clodomir is an assistant professor of law at Elon University School of Law where she teaches in the Legal Method & Communication Program and leads courses on education law. She is currently researching and developing scholarship on post-pandemic topics in education, such as identifying ways to strengthen the Individuals with Disabilities Education Act to prevent education disenfranchisement of students with disabilities during school shutdowns. Prior to joining Elon Law in 2021, Professor Clodomir practiced in a variety of practice areas representing at-risk parents and children and school-aged children with disabilities.  She is a graduate of Cornell Law School and is licensed to practice law in New York, Delaware, and North Carolina.

A native North Carolinian and currently the supervising attorney for Elon Law’s Emergency Legal Services Program in the Family Justice Centers of Guilford and Alamance counties, Attorney Margaret Dudley attended Howard University in Washington, D.C., for both undergraduate and law school. She has been licensed to practice law in North Carolina since 1976 and has taught at North Carolina Agricultural and Technical State University as an adjunct professor of constitutional law and business law.

Attorney Dudley has been a trial attorney and has practiced law at all levels of the North Carolina Court System. She owned her own law firm for a number of years before she began work for Elon University. Today she provides civil legal consultations in the Alamance County and Guilford County (Greensboro) Family Justice Centers. Attorney Dudley is a member of the Guilford County Association of Black Lawyers and the Greensboro Bar. She has served on numerous boards in her community, including, but not limited to the United Way, Legal Aid, Guilford County Mental Health and Substance Abuse Board, the Guilford County Board of Adjustment, YWCA, and Hayes Taylor YMCA. She is also a member of the legal committee of the Alliance for Hope International, the flagship organization for Family Justice Centers. 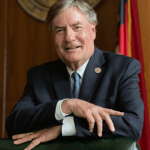 The Hon. Sam J. Ervin IV has served since 2014 as an associate justice on the Supreme Court of North Carolina. Prior to his service on the Supreme Court, he served on the Court of Appeals from 2009-2015 and the North Carolina Utilities Commission from 1999-2009. Justice Ervin previously spent 18 years in private practice in his hometown of Morganton, North Carolina, handling a wide variety of civil, criminal, and administrative matters, including numerous appeals. Since joining the Supreme Court, he has helped to decide more than 540 cases. Justice Ervin received a degree in history from Davidson College and his J.D. from Harvard University. 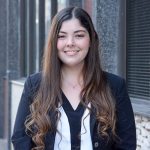 Lauren Hausman is a 2021 graduate of Elon University School of Law. Prior to law school, she obtained her Bachelor of Science in Business Administration and her Master of International Business from the University of Florida. She is currently working as an intellectual property attorney in Florida. She is admitted to the Florida Bar, the United States District Court for the Middle District of Florida, and the United States District Court for the Southern District of Florida. 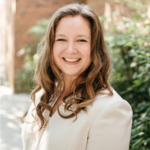 Zoe Niesel joined St. Mary’s University School of Law in May 2016 and has focused legal scholarship on civil procedure, federal court jurisdiction, and conflict of laws. In her scholarship, Professor Niesel examines difficult issues of civil and administrative procedure and how procedural concepts are challenged by advanced technology. Her work has been published in the Indiana Law Journal, Cardozo Law Review, SMU Law Review, and George Mason Law Review, among others. Professor Niesel also serves as the law school’s director of assessment and statistics. In this role, she uses data and research-based best practices to design programming and assessments for use throughout the law school curriculum and in bar preparation. Professor Niesel began her teaching career as a Visiting Assistant Professor of Law at Wake Forest University, where she taught classes in Civil Procedure, Complex Commercial Litigation and Transnational Litigation. 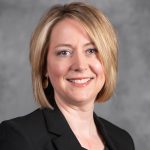 Angela Upchurch is a professor of law at Southern Illinois University School of Law where she is a recognized expert in law school pedagogy, children and family law, and procedural law. She has presented on legal pedagogy, and her innovative approaches to integrating technology into the law school classroom, at several national teaching conferences and faculty workshops at law schools across the country.  Professor Upchurch co-authored Click & Learn: Civil Procedure, an online interactive book for law students published by Carolina Academic Press, and in 2020 was awarded the Southern Illinois University-Level Tenured/Tenure-Track Teaching Excellence Award and received the permanent title of Distinguished Teacher.  She recently joined the editorial board for the Journal of Law Teaching and Learning.

An expert in children and family law, Professor Upchurch participated in the 2008 White House Compassion in Action Roundtable on “Faith and Community Solutions for Orphans and Vulnerable Children” and presented on the Hague Treaty on Intercountry Adoption before the National Conference of State Legislatures. She has taught a variety of children and family law courses and served as the academic director of the National Center for the Adoption Law and Policy at Capital University Law School from 2007 to 2010.

Professor Upchurch received her J.D. from Loyola University Chicago School of Law where she graduated first in her class and served as the editor-in-chief for the Loyola University Chicago Law Journal and as a Loyola Child Law Fellow. She later clerked for the Hon. Michael M. Murphy of the United States Court of Appeals for the Tenth Circuit and for the Hon. Avern Cohn of the United States District Court for the Eastern District of Michigan.