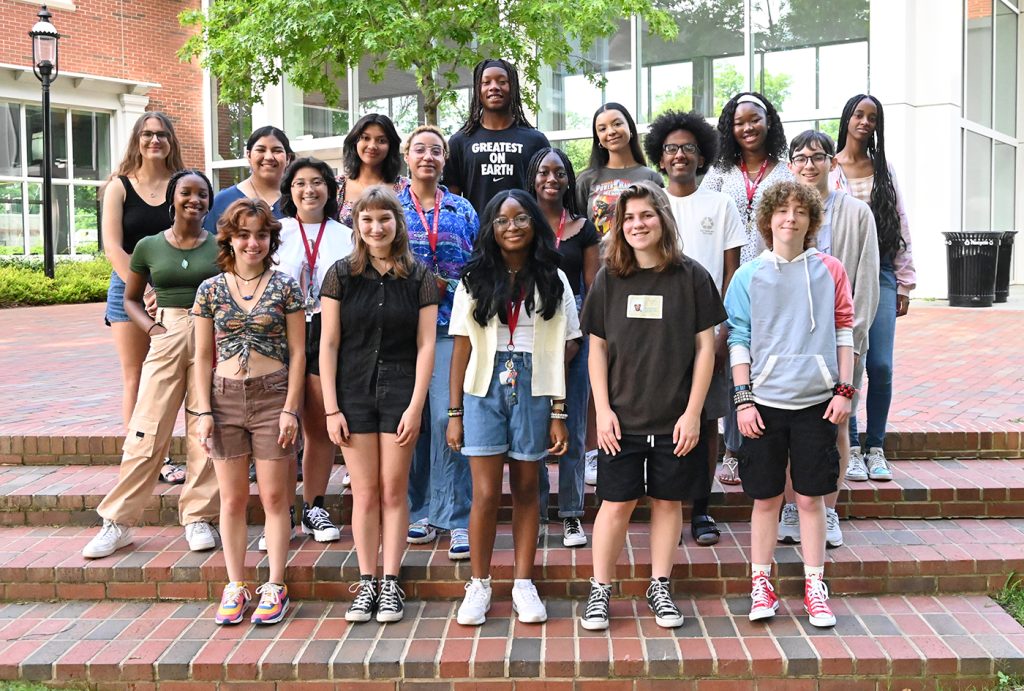 Get to know the high school participants of the Emerging Journalists Program’s inaugural Immersion experience. Hailing from across the county, the 18 student journalists will visit Elon’s campus in June to develop their reporting, writing, multimedia storytelling, leadership and media management skills. The cohort will work as part of a working newsroom, producing professional web content, and learning to track audience engagement metrics. 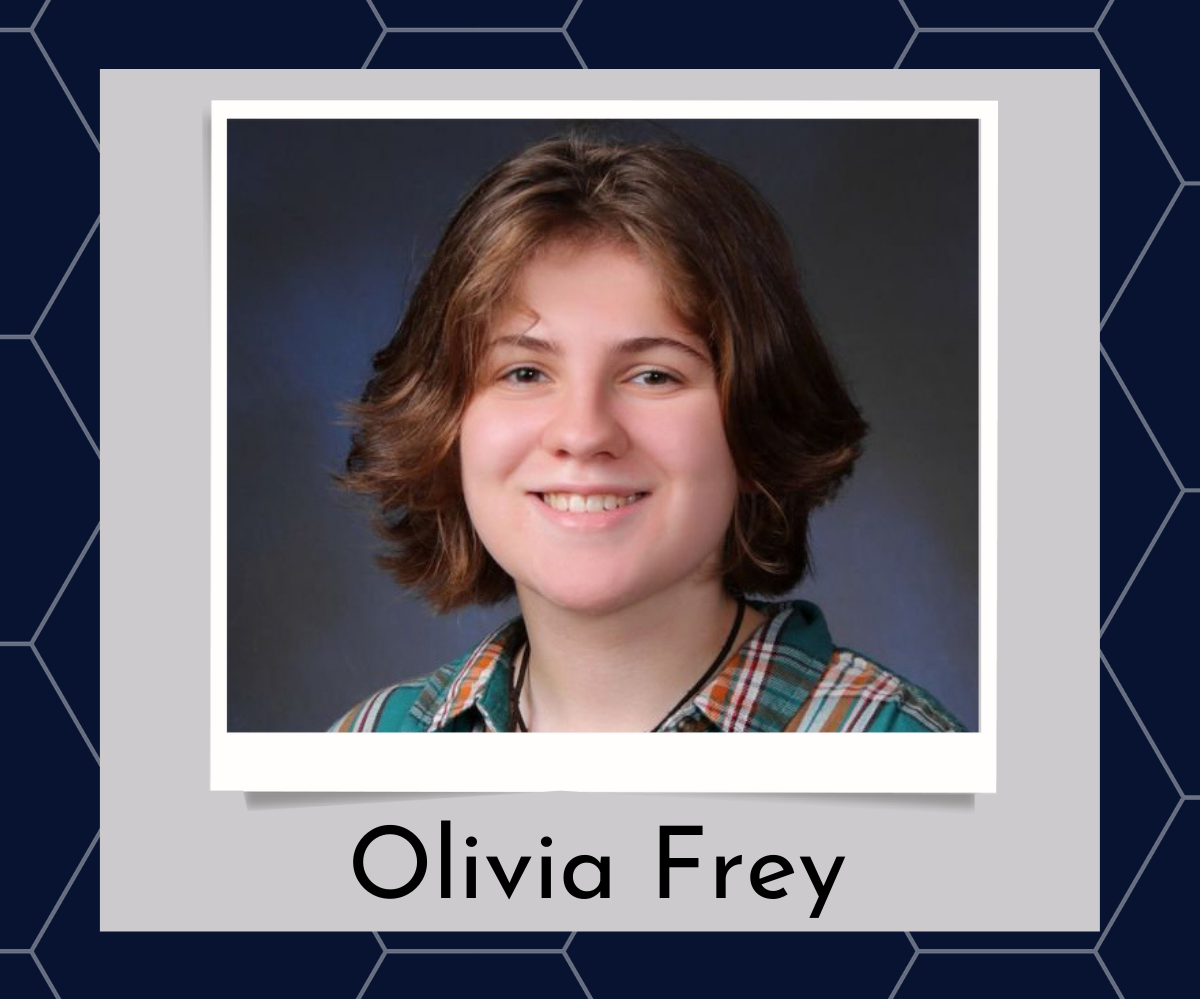 Olivia Frey was born and raised in Chicago and attends Niles North High School in Skokie, Illinois. As editor-in-chief of the school’s yearbook, she directed and organized the theme, supervised writing and production, and also supported marketing efforts. In addition, Olivia previously served as managing editor of the school’s newspaper, the North Star News, where she mentored other student writers, edited stories and managed content direction. Olivia looks forward to serving as editor-in-chief during her senior year. After high school, she plans to pursue a career related to political science and writing. 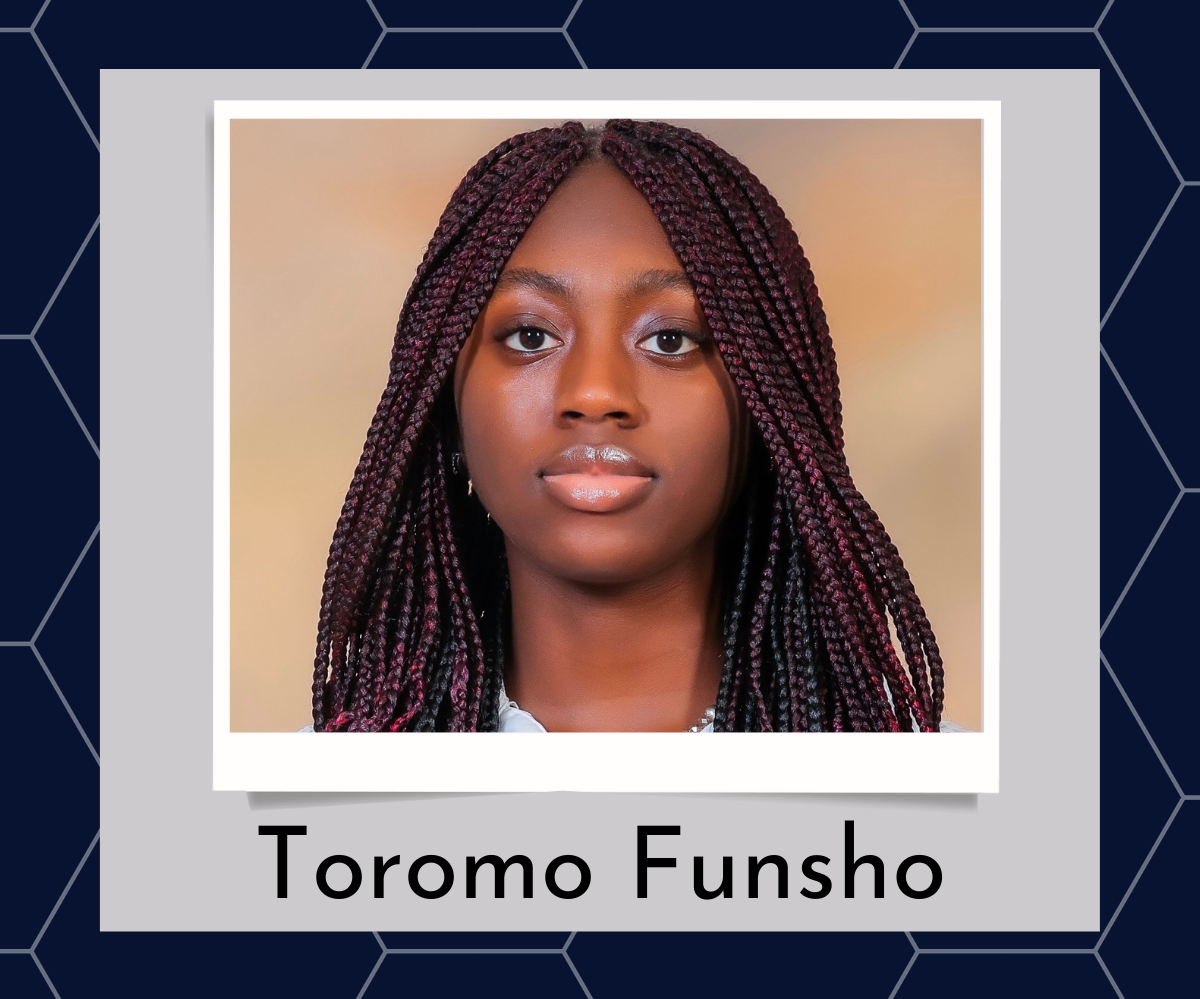 Toromo Funsho was born and raised in Lagos, Nigeria, and now lives in Arlington, Virginia. A student at Washington Liberty High School, Toromo participates in various activities, including the UNICEF club, where she serves as secretary. She enjoys broadcast journalism class, which allows her to write scripts for interviews, conduct interviews, and edit and record school announcements. She plans to continue broadcast journalism next year to grow her production experience, which aligns with her career aspirations. Toromo also has an interest in psychology. 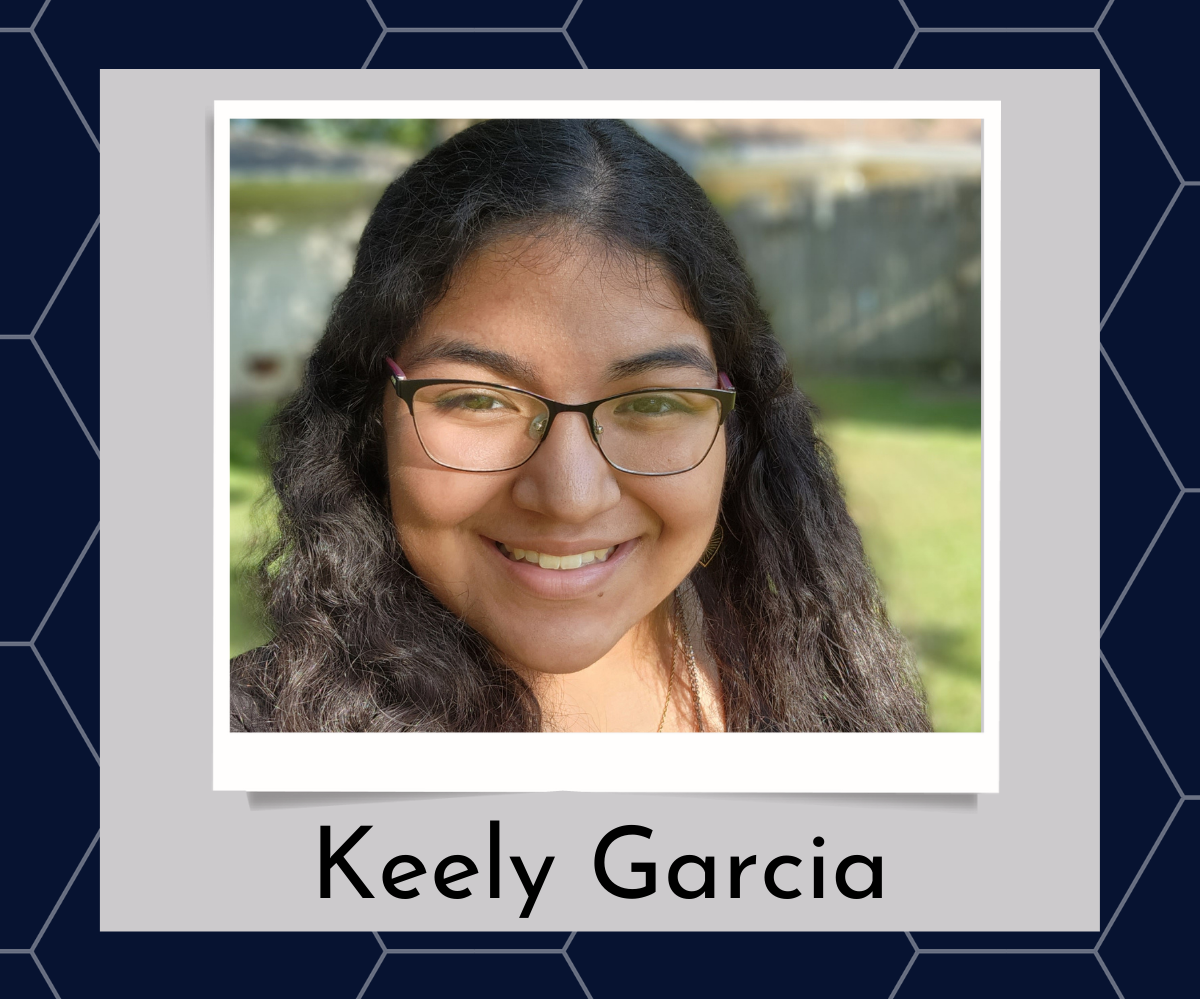 Keely Garcia was born and raised in Fort Worth, Texas, and attends R.L. Paschal High School, where she is a member of the top orchestra and a reporter for the school newspaper. In just two years as a reporter, Keely discovered her passion for writing and was recently named senior editor for the 2022-2023 academic year. Although Keely does not plan to pursue a career in the military, she enjoys volunteering with her school’s junior ROTC program and currently serves as battalion executive officer. After high school, Keely plans to pursue a degree in journalism and communications. 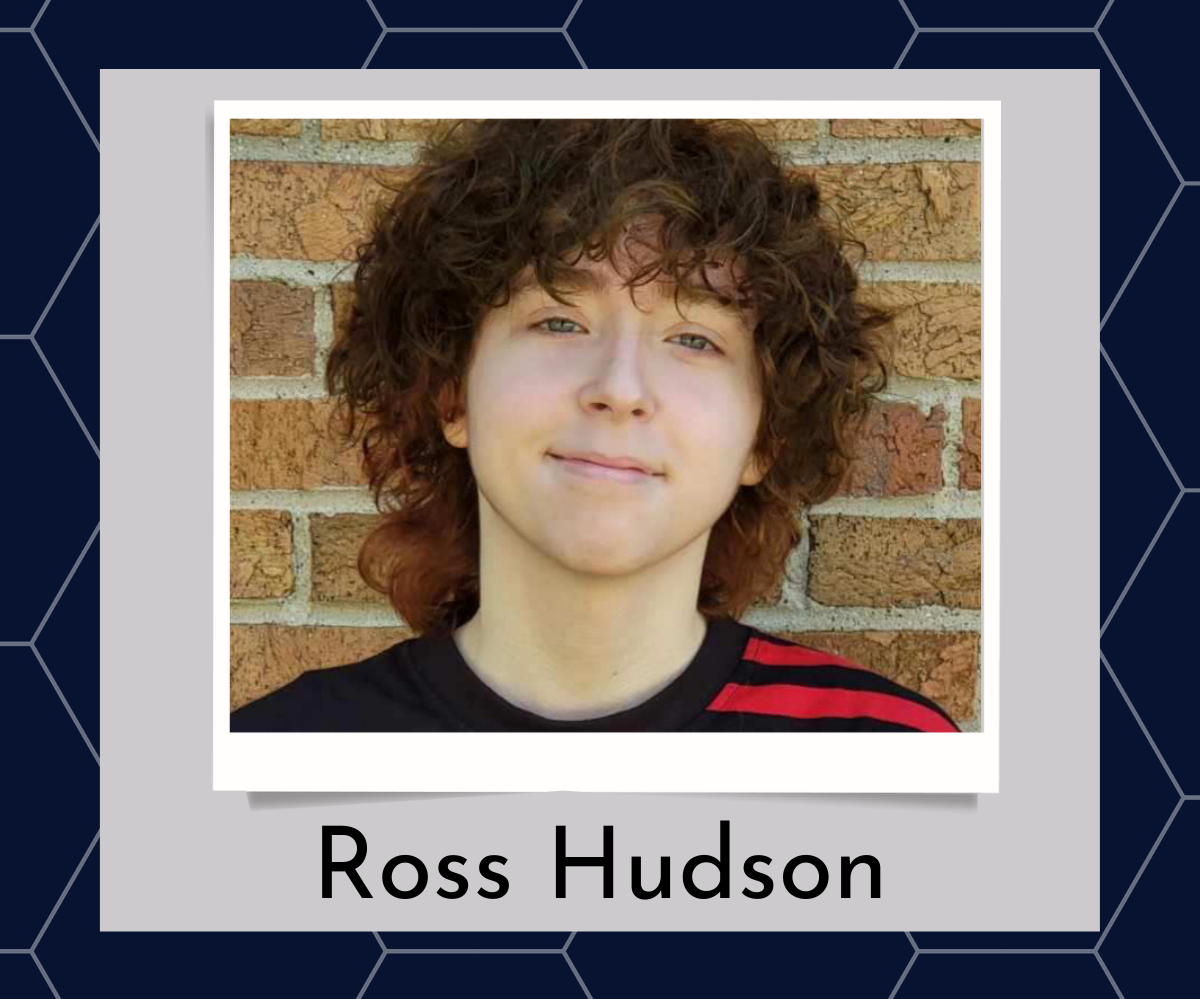 Ross Hudson was born and raised in Columbia, Missouri, and moved with his family to Madison, Wisconsin. in 2019. A junior honors student at East High School, Ross plays cello in school’s philharmonic orchestra. A passionate artist, Ross has played instruments since the third grade. His music skills extend to playing the bass guitar, acoustic guitar and French horn. He’s also learning to play piano, and in addition, enjoys drawing and creative writing. Ross plans to use film and video as a creative outlet to bring stories to life, especially those featuring people in LGTBQ+ communities. 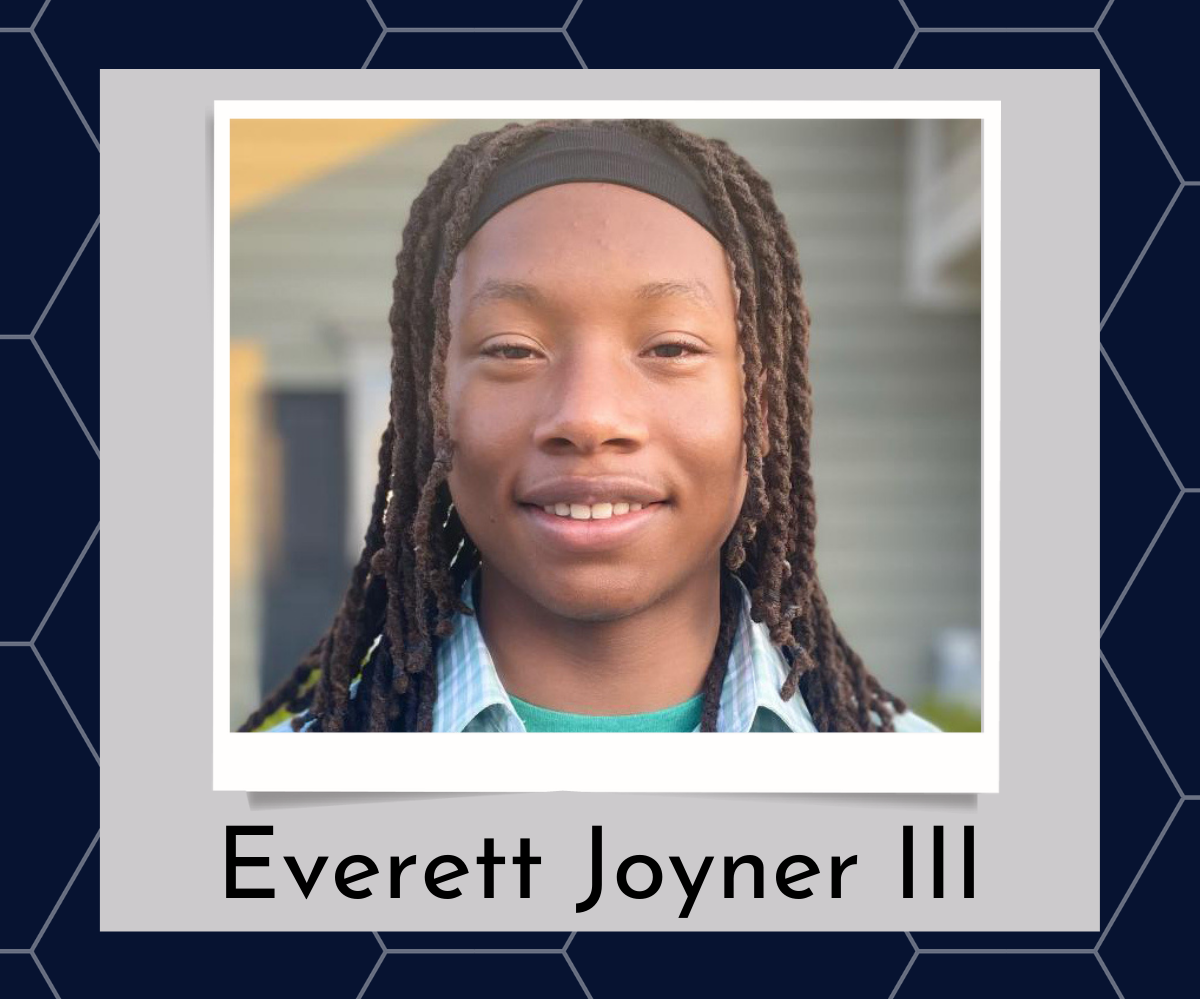 Everett Joyner III was born in Columbia, South Carolina, and was raised across America because of his parents’ military service. He developed a passion for digital media in middle school and was accepted into the Richland Northeast High School Convergence Media Program. Everett is an award-winning sports editor for RNE TV. He also earned an honorable mention in the C-SPAN 2022 StudentCam Competition, second place in the 2021 South Carolina Scholastic Press Association Sports Story competition and honorable mention in the 2021 National Scholastic Press Association Broadcast Story of the Year – Broadcast Sports Story competition. Everett was selected to serve as an RNE Teacher Cadet for the 2022-2023 academic year. After high school, he plans to pursue a Doctor of Physical Therapy. 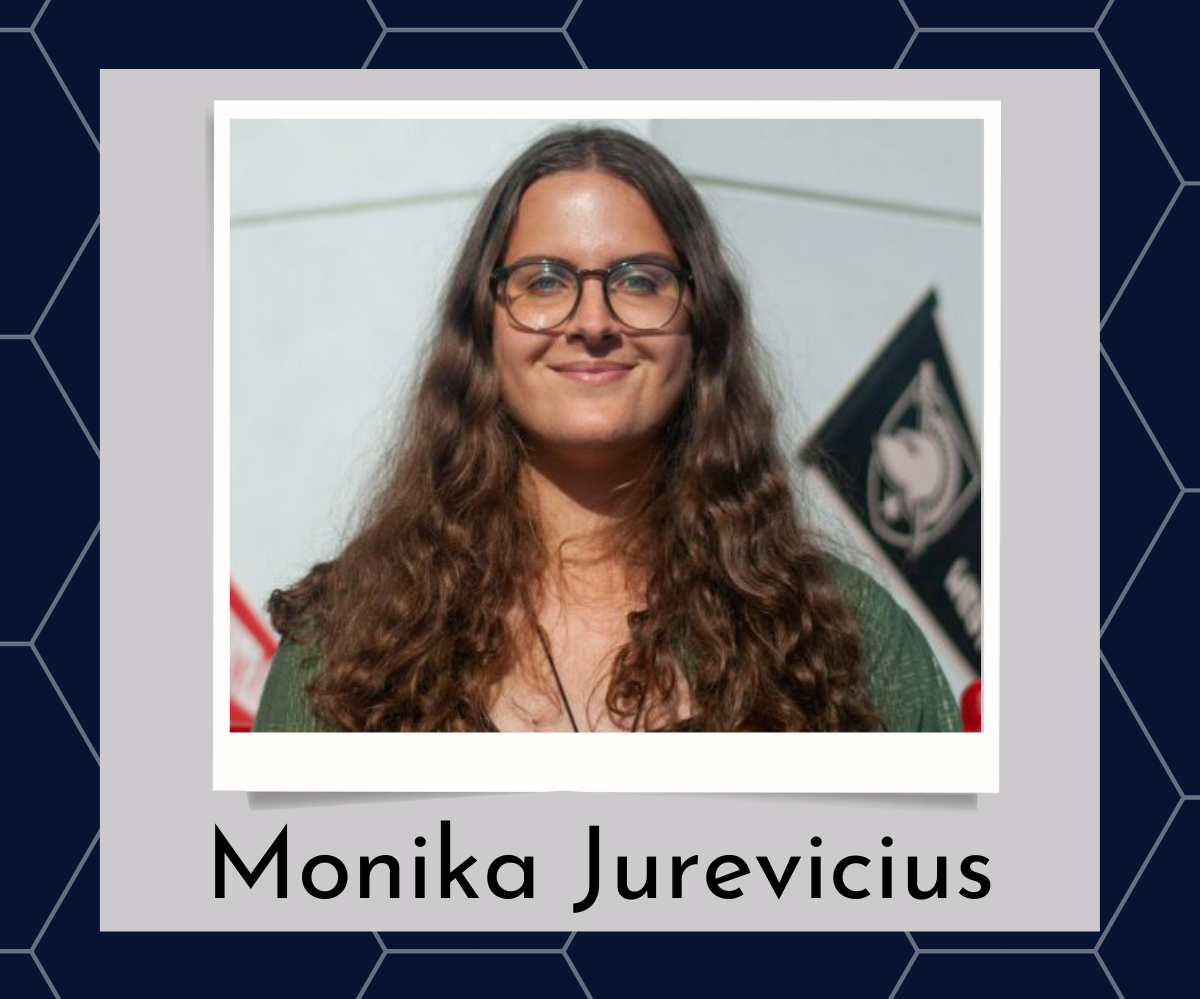 Monika Jurevicius was born and raised in Palatine, Illinois, where she is a student at Palatine High School. There, she serves as sports editor for the school newspaper. Additionally, she serves as a marketer for the school’s foreign exchange club, creating and posting social media messaging for a variety of cultural topics. Monika also serves as president of the school’s literary and art magazine, where she critiques, edits and produces work that will be released at the end of the school year. In the future, she plans to pursue a career in journalism. 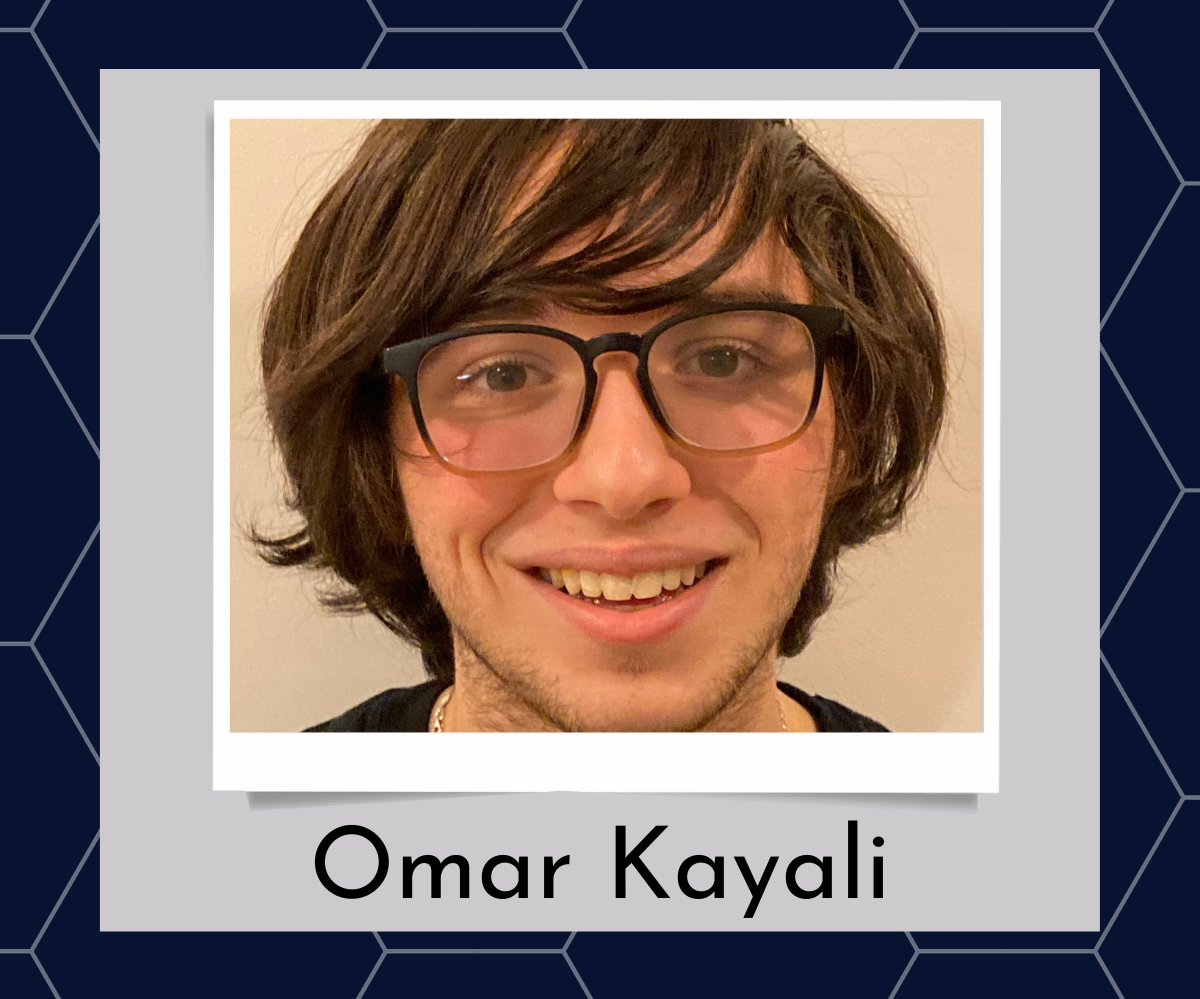 Omar Kayali was born and raised in Edmond, Oklahoma, and now lives with his family in McLean, Virginia. There, he’s a member of his high school’s newsmagazine staff. Following his stints as opinions editor and online editor for the publication, he will serve as editor-in-chief of the magazine’s website for the 2022-2023 academic year. He looks forward to sharing his passion for technology and coding, while also expanding his journalism skills. 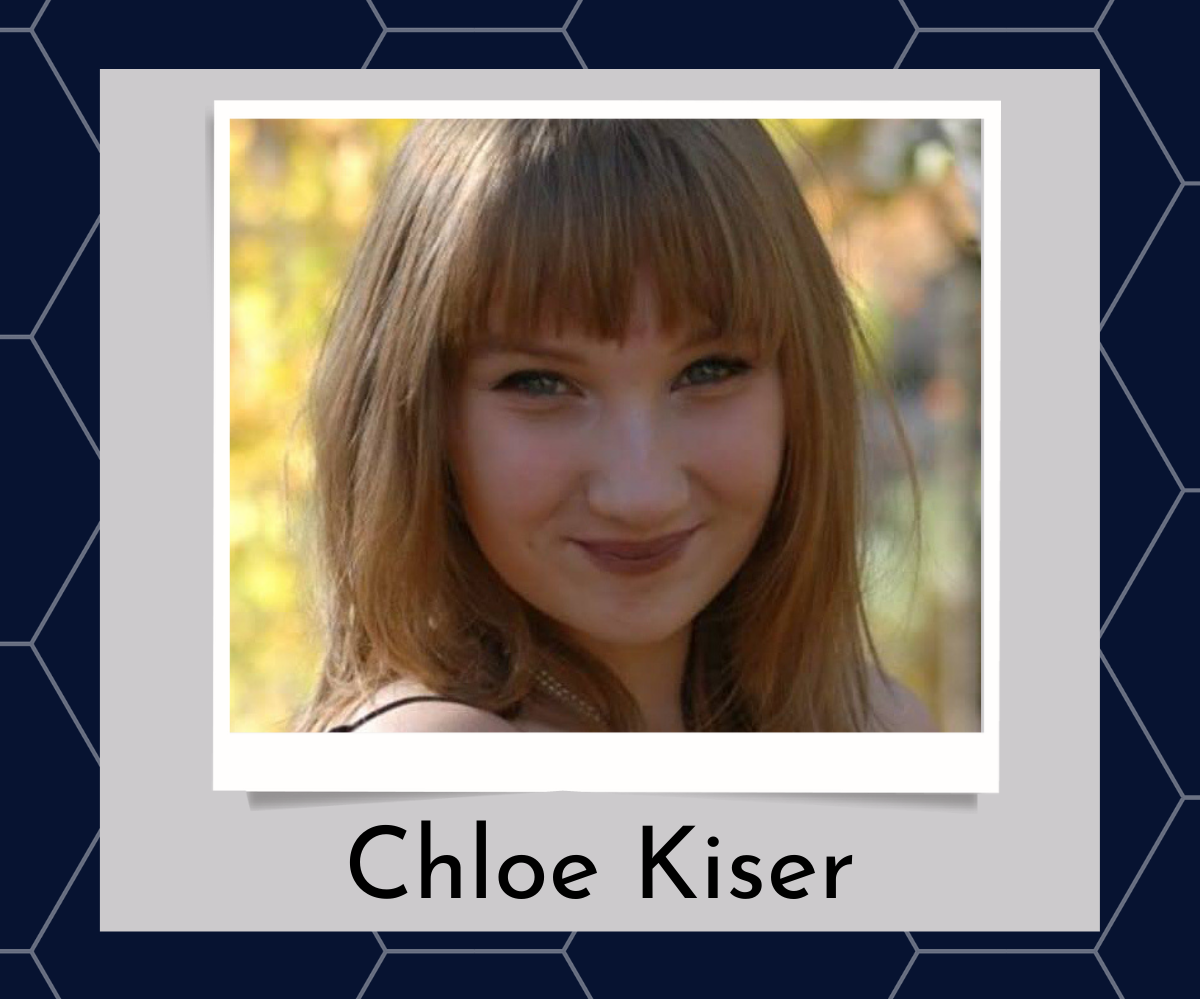 Chloe Kiser was born in Chapel Hill, North Carolina, and raised in Edinboro, Pennsylvania. A student at General McLane High School, she serves as student body president and has held leadership roles within various academic clubs, including Envirothon, Battle of the Books, Future Business Leaders of America, National Honor Society, Link Crew and Key Club. Outside of school, Chloe works at an event center and is an avid musician and singer/songwriter, performing live at local breweries, community events and music festivals. She released her first EP, “Yours Truly,” as a sophomore. In the future, Chloe hopes to combine her passions for music and writing while pursuing a career in communications and journalism. 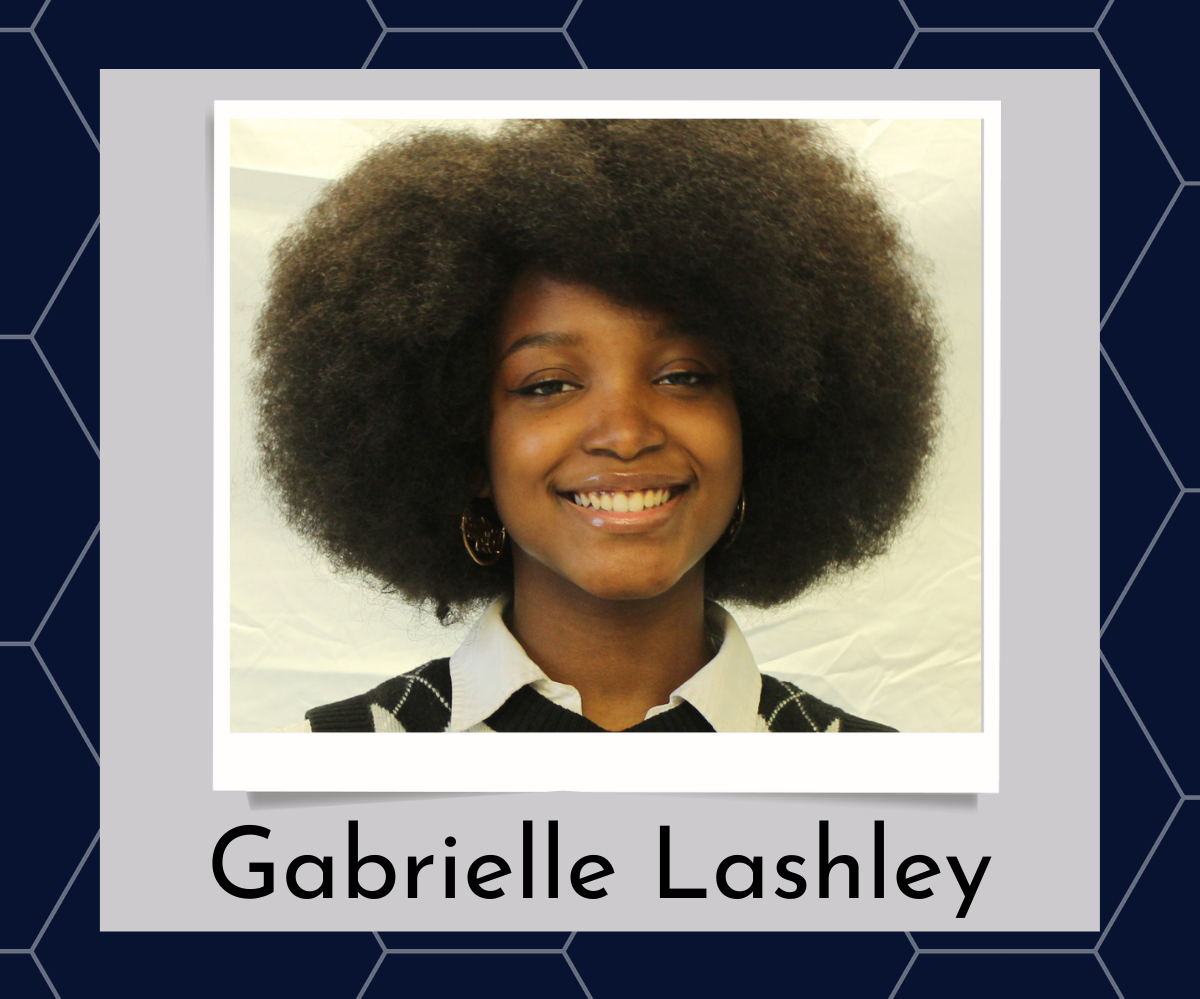 Gabrielle Lashley was born and raised in Los Angeles, where she attends Daniel Pearl Magnet High School. After creating art for most of her life, Gabrielle discovered her love of writing in her ninth-grade journalism class. She became a staff writer for her school’s publication, The Pearl Post, the following year. Currently, she serves as managing and special reports editor, where she has created political cartoons and magazine covers, and launched the first season of the publication’s podcast. Gabrielle has also participated in other extracurricular activities, such as Black Student Union and Media Club. Outside of school, she recently completed an art internship. Gabrielle looks forward to continuing her creative journey through writing and art. 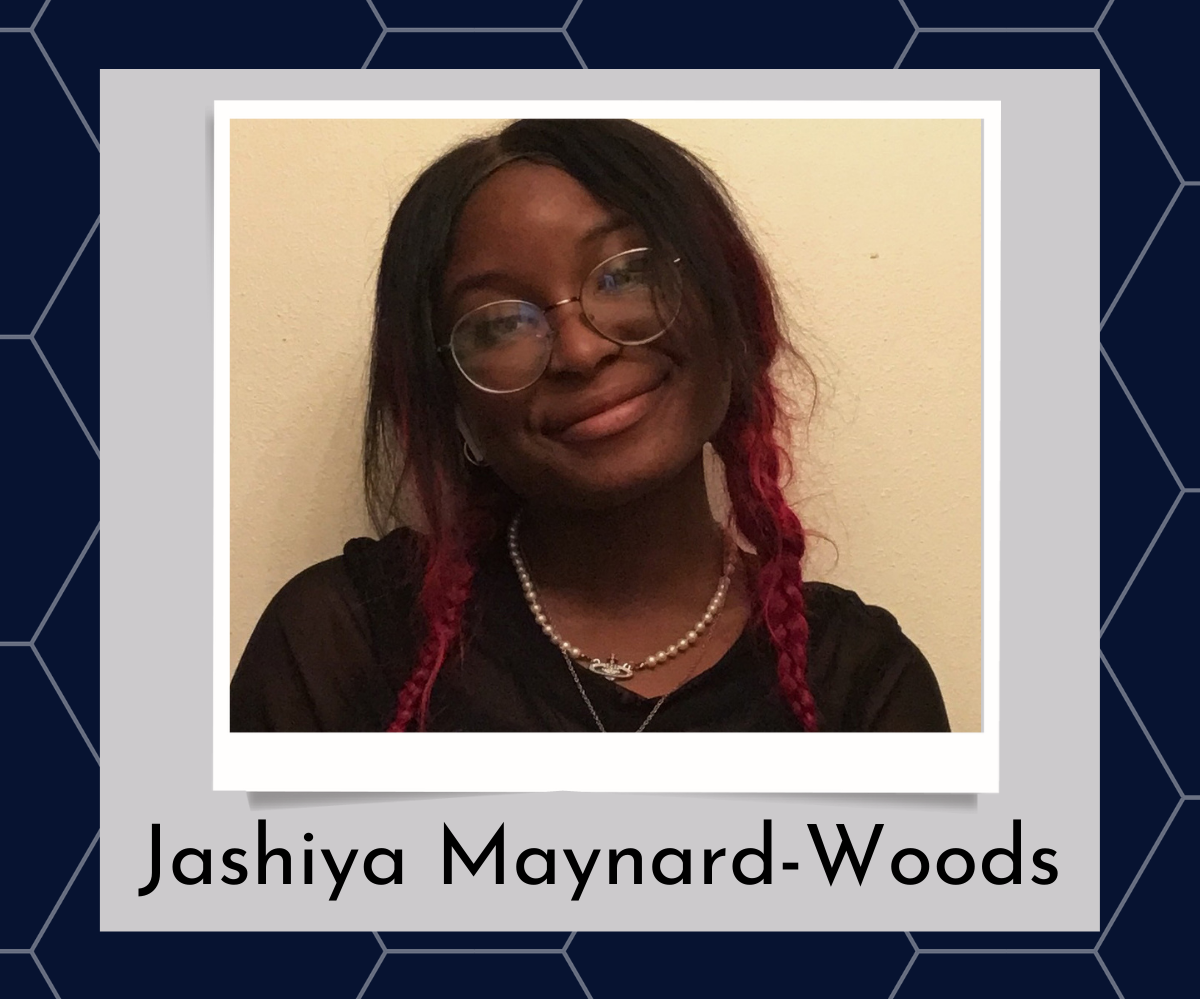 Jashiya Maynard-Woods was born in Madison, Wisconsin, moved to Atlanta at age 4, then returned to Madison last year. Since joining her high school’s yearbook staff, she’s improved her journalism and photography skills immensely. As a child, she was drawn to different forms of art, such as acting, painting and writing. She began her writing journey in middle school, composing short fictional stories. Now she writes both fiction and non-fiction stories and, in the future, hopes pursue an education in film at New York University. 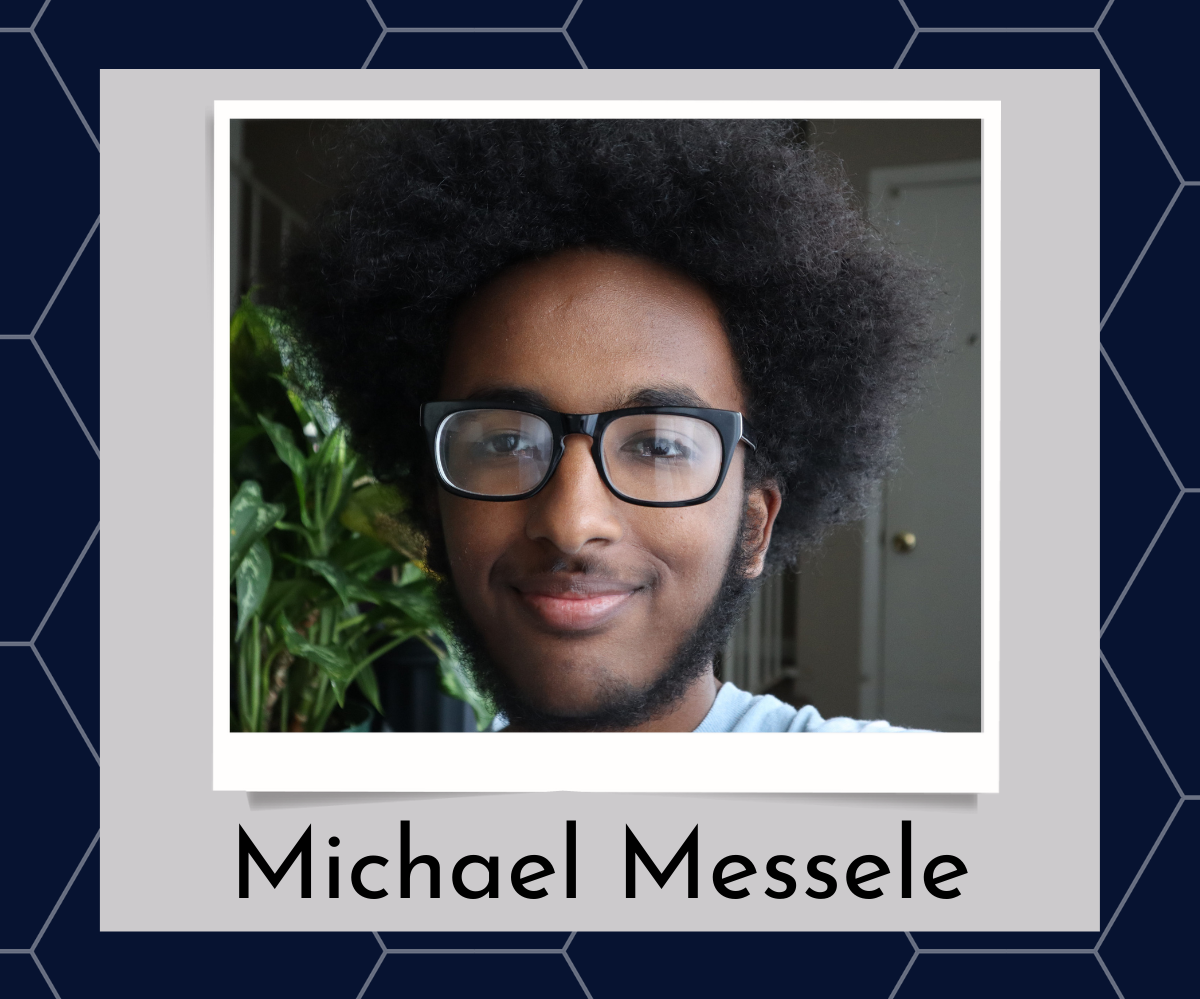 Michael Messele was born in St. Paul, Minnesota, and currently lives in Charlotte, North Carolina. A junior at East Mecklenburg High School, he’s been a staff member and editor of the school’s newspaper, The Eagle. While on staff he won awards for editorials he wrote about the insurrection on Jan. 6, 2021, and the mismanagement of assault cases in local high schools. Alongside his work at The Eagle, he takes photos for the athletic department and films short highlight reels. Outside of school, he’s working on a documentary called “Blind Eye,” which is about sexual assault cases that were mishandled by the administration at Myers Park High School. Michael looks forward to pursuing a career in journalism, so he can continue sharing important and unique stories.

Lilliana ‘Lilly’ Molina is from Tampa, Florida, where she attends Leto High School. She enjoys going to the beach and creating collage art. She’s also an active leader in her school community as the newly elected president of the National Honor Society. Lilly maintains a TikTok account where she reports the latest news in her local community to young viewers at her school. 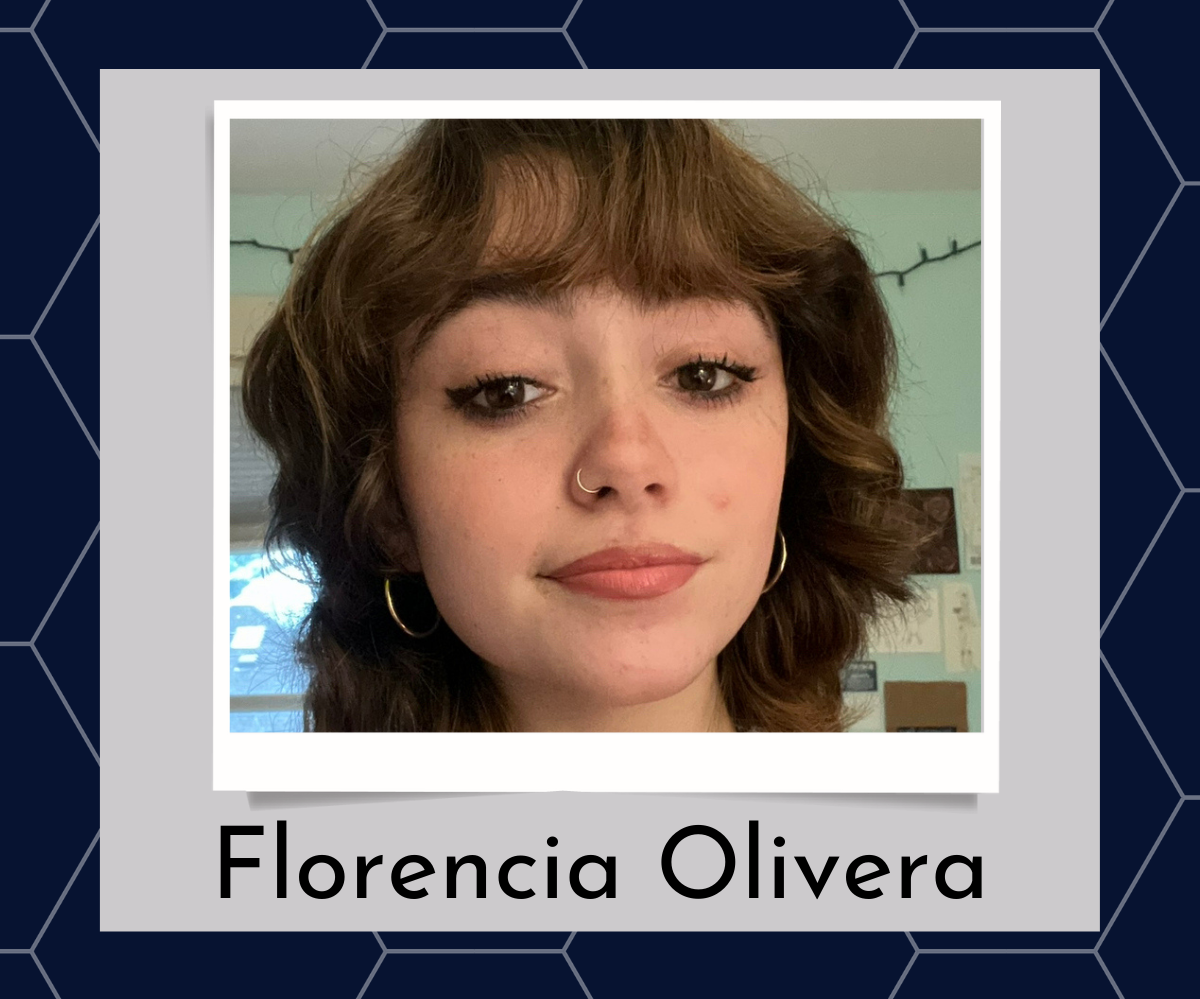 Florencia Olivera was born and raised in Wisconsin, where she attends Madison East High School. There, she’s been involved in the yearbook, dance and social justice programs. Last summer, she completed a photojournalism class at the University of Wisconsin that helped her appreciate how to transition her lifelong love of photography into a possible career by using her camera to tell a story. Florencia is drawn to telling stories of people who may otherwise not be highlighted in popular media. Florencia hopes to study photojournalism, photography and psychology in college, and later pursue a career that combines those interests. 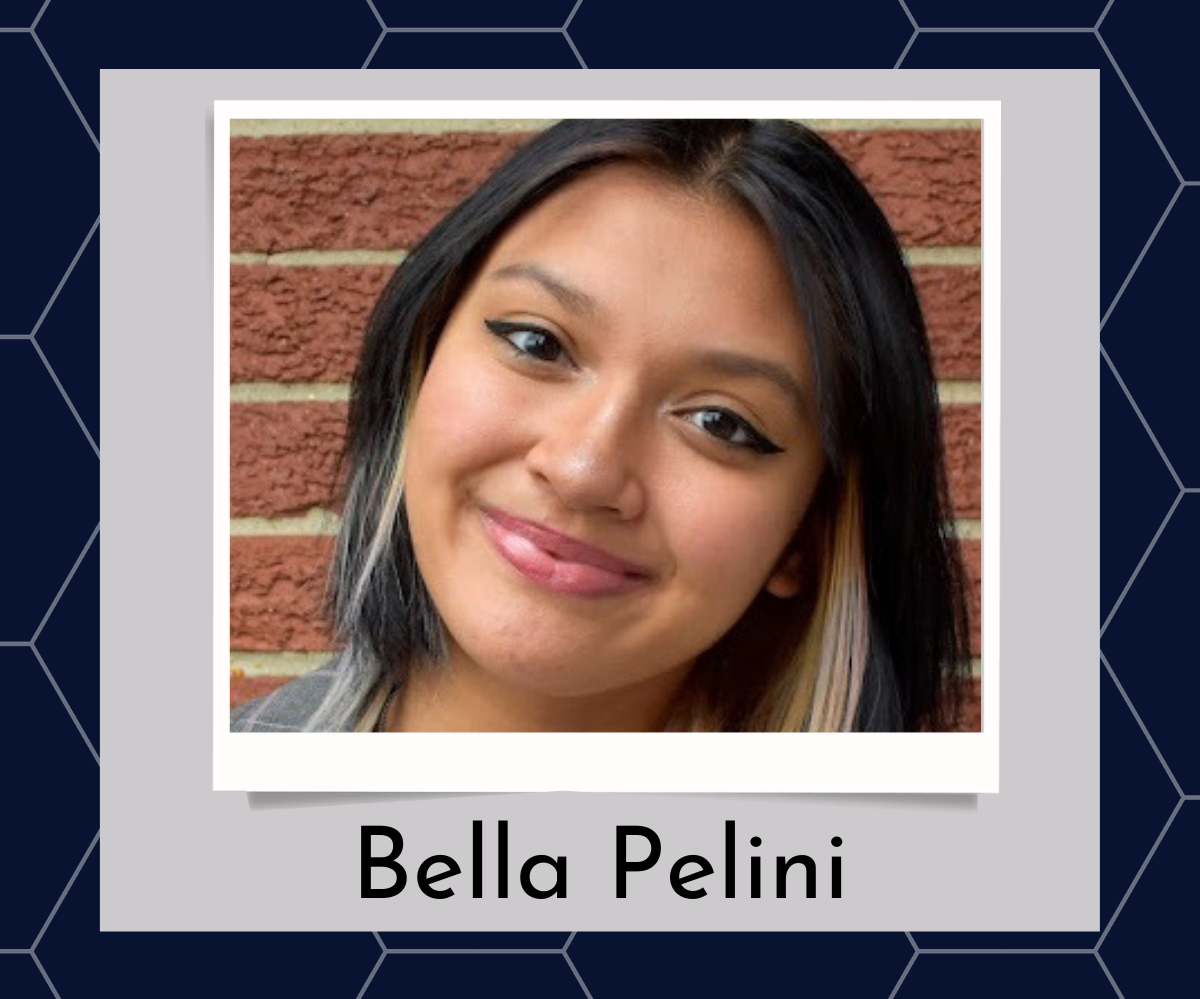 Bella Pelini was born and raised in Tinley Park, Illinois, where she attends Victor J. Andrew High School. Bella looks to follow in the footsteps of her mother, a broadcast journalist. She discovered her passion for writing while working on several productions in her school and community theater programs. Bella is a stage manager for numerous shows in her school’s theater program and also a varsity athlete leader. In addition, she’s served as a production photographer and broadcasts sports games with her school TV club. Bella hopes to pursue a degree in media production. 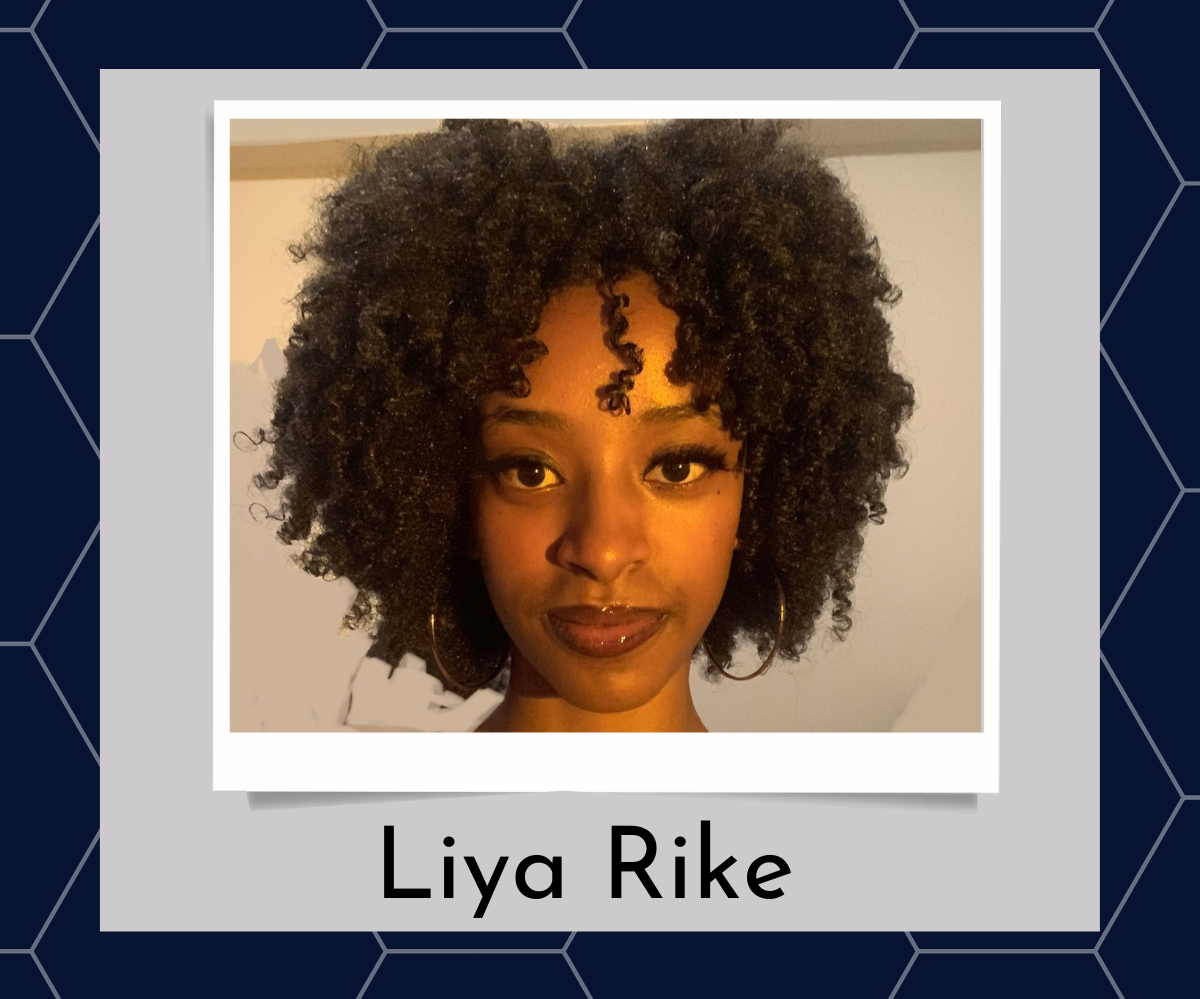 Liya Rike was born in Addis Ababa, Ethiopia, and raised in Arlington, Virginia. Liya has always enjoyed writing and would write stories whenever she could, but she never knew where to point this passion. During the pandemic, she watched a lot of news coverage of the election, COVID-19 and other world events, and realized she wanted to tell stories. Now, she takes two journalism courses to hone her skills and passion for the field. 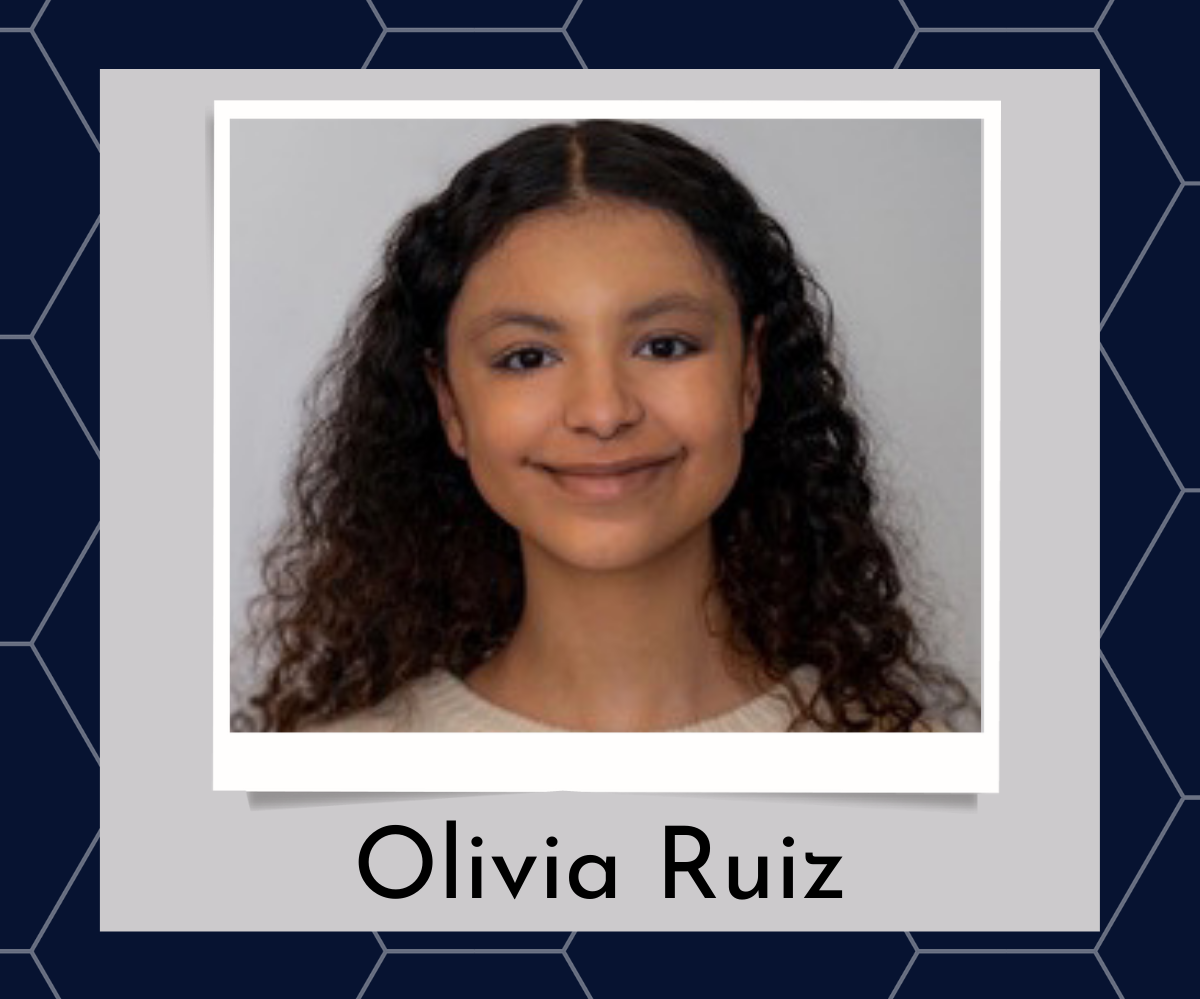 Olivia Ruiz was born and raised in New York City and is a student at The Beacon School. She has a strong passion for writing and social justice and has explored both interests throughout high school as a staff writer for her school’s newspaper and council member of the Young Women’s Advisory Council. Olivia also is a member of the Girl Scouts of Greater New York, where she conducts community outreach projects within her neighborhood. In college, Olivia plans to major in English literature or sociology. 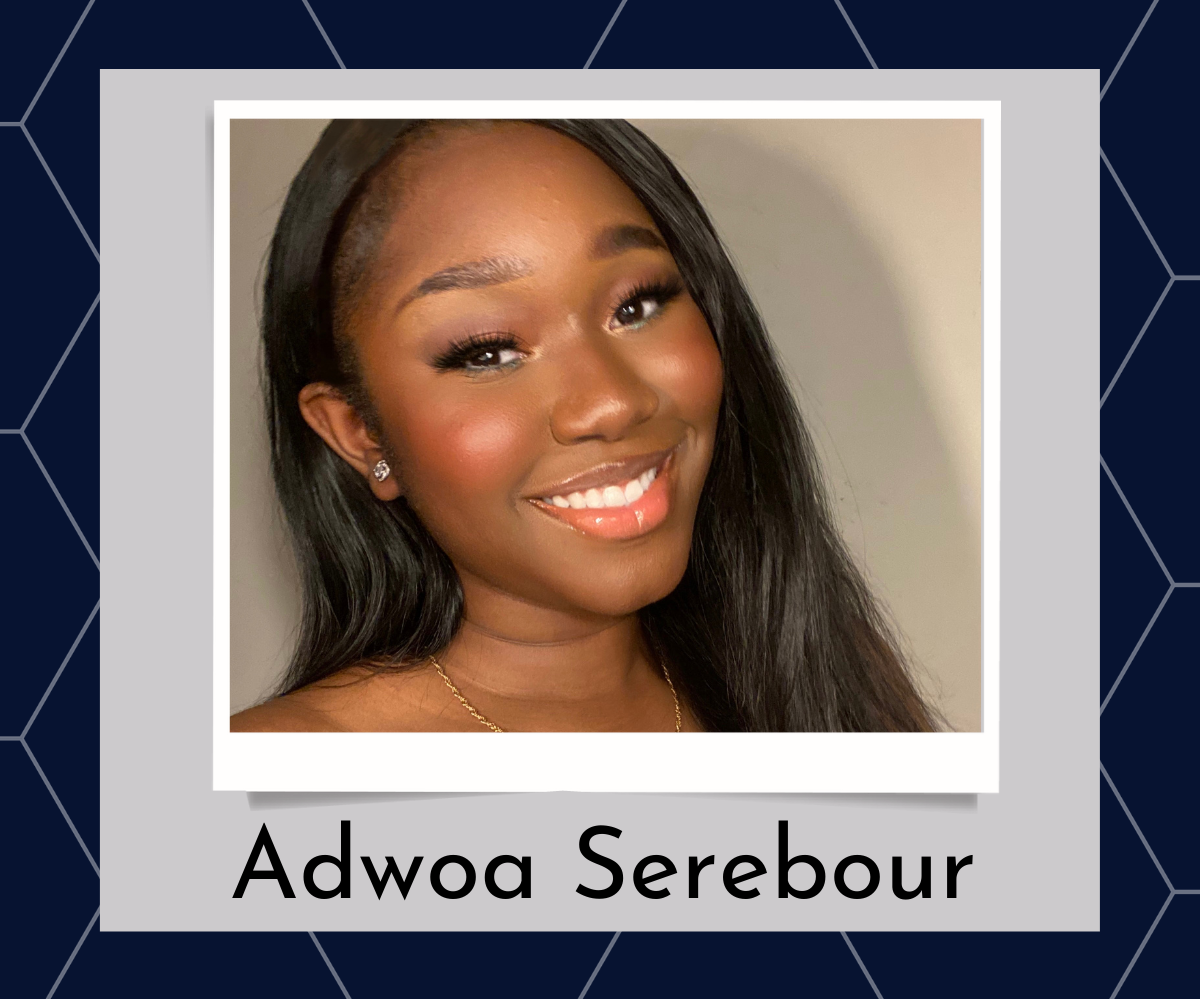 Adwoa Serebour was born and raised in Muscat, Oman, and immigrated to the United States at age 9. She has since grown to love the media and communications. She was a leader in school yearbook and journalism clubs, and also a member of school music and theater programs. She starred in the Atholton High School production of “Hairspray.” Adwoa has a love for the creative arts and media, and plans to study marketing and public relations in college. Adwoa aspires to be a creative director. 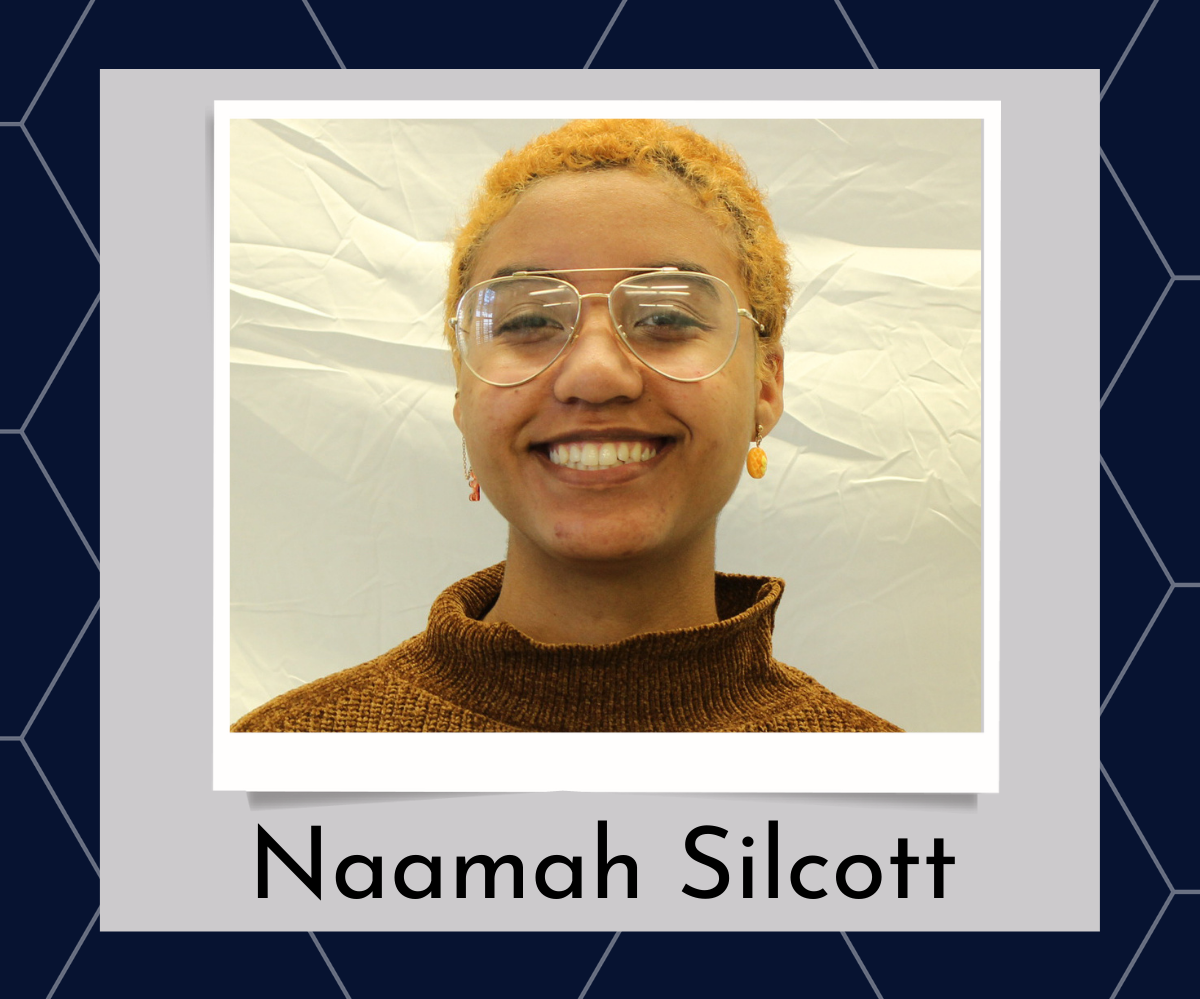 Naamah Silcott was born and raised in Los Angeles and attends Daniel Pearl Magnet High School. Naamah joined the girls’ varsity volleyball team during their first year and now, in their third year, serves as captain. Naamah also is secretary of the junior student council, president of the Pride Club, incoming president of the Black Student Union and a yearbook design editor. They also are passionate about art and neuroscience. Naamah dabbles in animation in their free time and plans to first pursue a career as a neurosurgeon, followed by a career in the animation industry.