As a nationally accredited program, the School of Communications monitors four indicators of student success: enrollment, retention, graduation and employment.

Retention refers to the number of students who return to school the following year. One method of determining retention in a major is based on the entering first-year class. Another method is based on the last declared major of all students at the university. This section provides data for both methods of calculation. The Accrediting Council on Education in Journalism and Mass Communications specifies that retention, graduation and employment data be provided for an accredited Communications program.

Retention and Growth Based on Entering First-Year Class

When students are admitted to Elon, they are free to enter the major of their choice, unlike some journalism and communications programs that have their own admission process or restrict students from declaring a major until the junior year. As a result, high school students who express an interest in Communications in their application process to Elon become the entering first-year cohort in Communications. 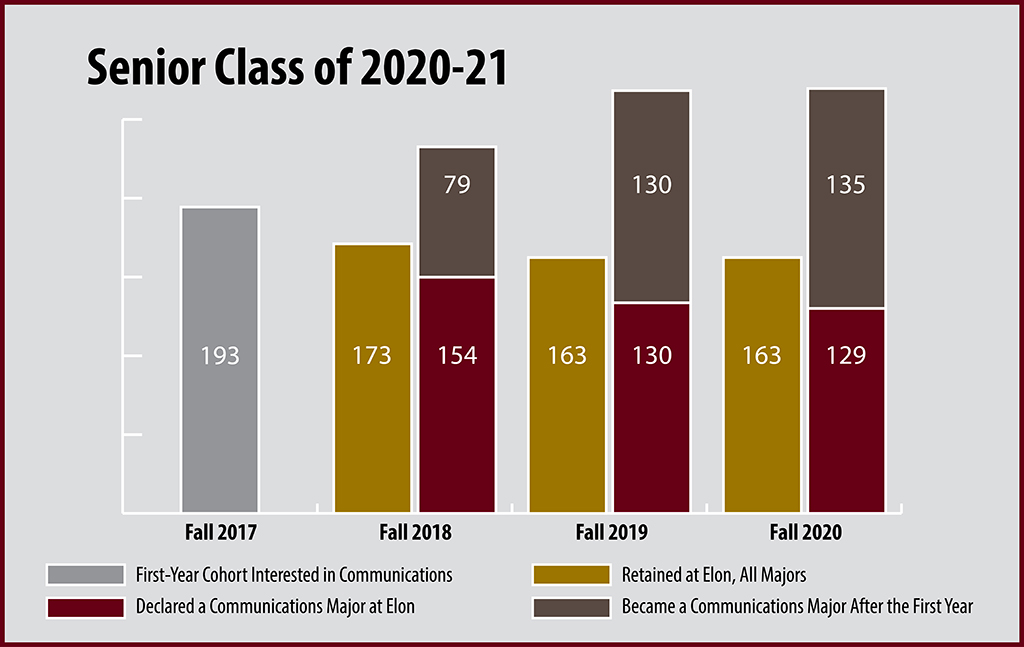 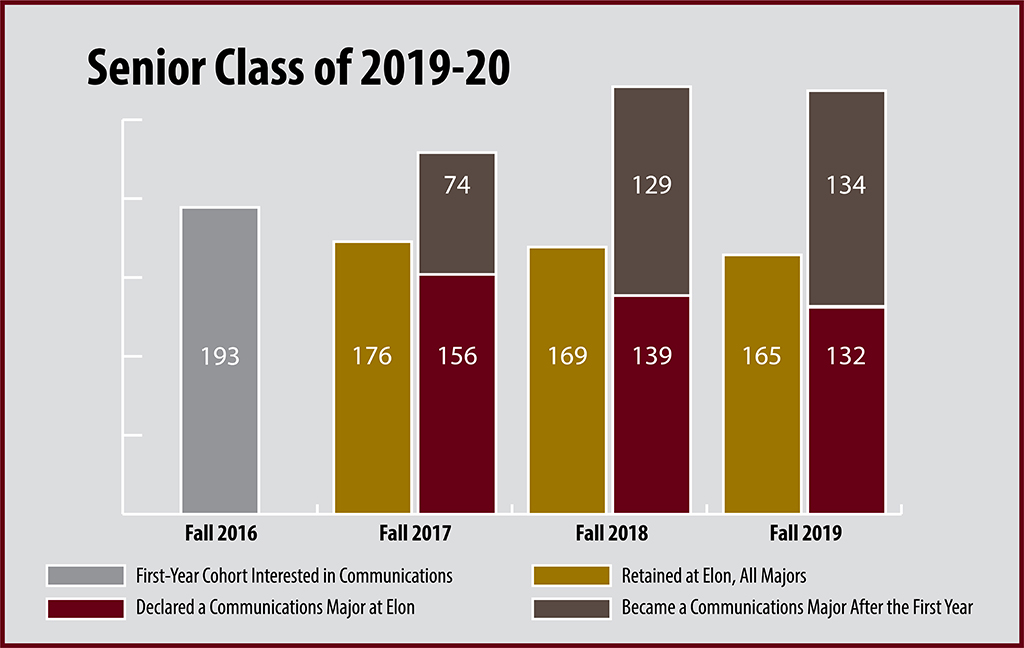 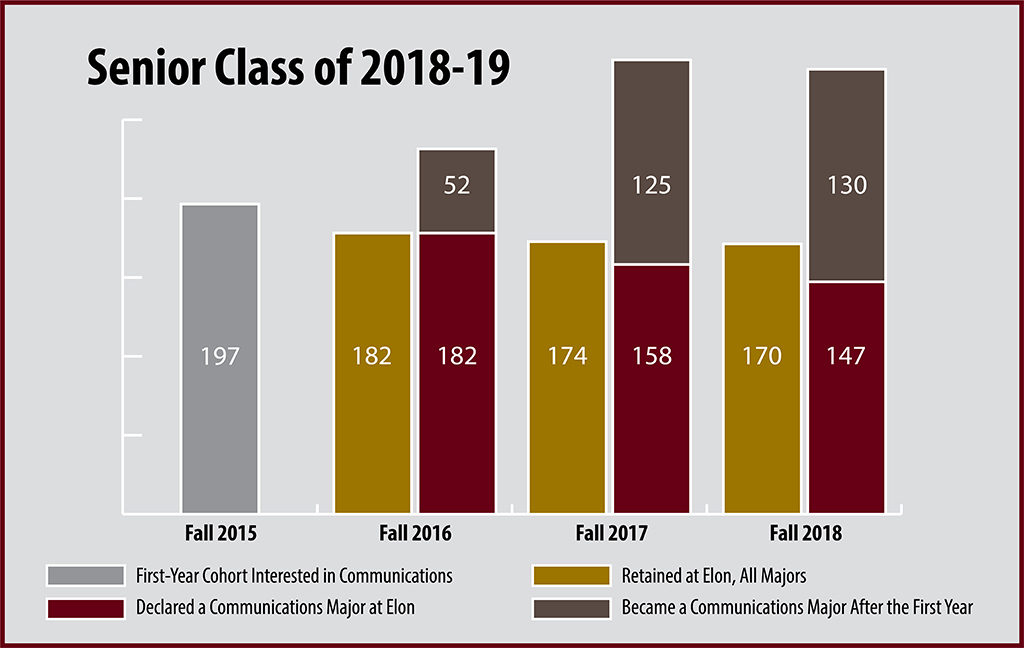 These tables reflect full-time first-year students entering Elon. They do not include transfer students and count a student (for instance, those who double major) only once. The technical description is “unduplicated, first-time, full-time and first-year students enrolling at the university.” These tables and later ones do not include Sport Management, which is a separate department in the school and not part of the accreditation process.

Retention Based on Last Declared Major

A four-year graduation is the norm for Communications students at Elon.

Each year the university conducts a survey of the most recent graduating class, nine months following graduation, to ascertain employment or graduate school status, type of employer, and salary. The report on the Class of 2021 was released by the Student Professional Development Center in spring 2022.

A few graduates each year indicate they fit in both categories.

Communications graduates who are employed are asked each year to indicate the type of organization where they work.

In 2021, 96% of the employed Communications graduates who responded to this survey said their work was related to their career goals.