Meet the 2022 Elon Sports Vision Scholars who partner with Elon Athletics to livestream sporting events at an ESPN-quality level. 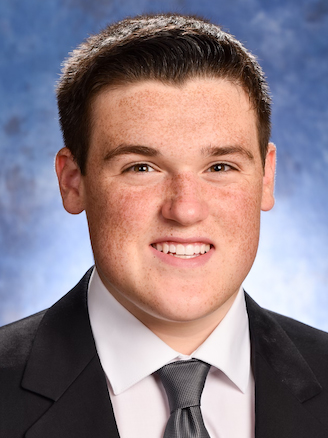 Charlotte Christian School
Charlotte, NC
A Charlotte native, Bryson Byrnes had the privilege of handling play-by-play for his high school’s live broadcasts of its varsity football and basketball games. He also did PA announcing for the junior varsity football team and the junior varsity boys basketball team. Additionally, he served as both an editor and on-air personality for his school’s bi-weekly news/skit show, “Knights Knews.” Bryson participated in a yearly bit with former NASCAR driver Michael Waltrip on pit road during the NASCAR All-Star Race Pre-Race Show that aired on FS1. Bryson plans to double major in cinema and television arts and political science. 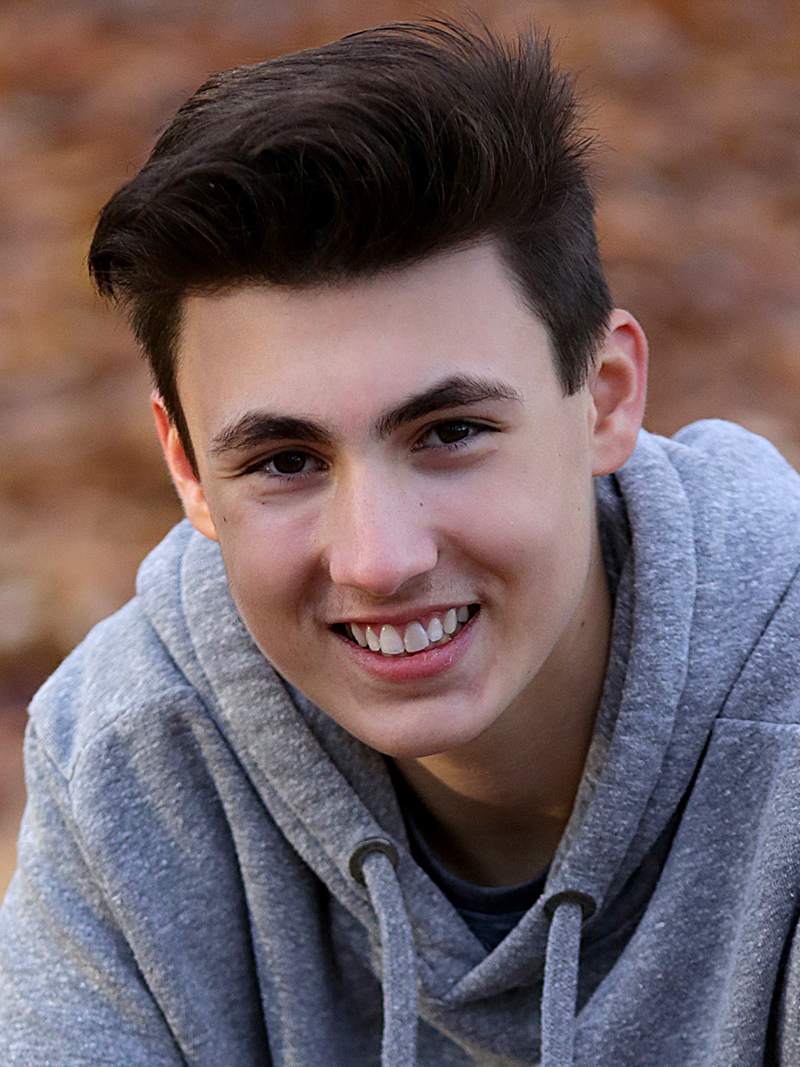 University School
Chagrin Falls, OH
Aidan Coy has played and loved sports since he was a kid. The Ohio native grew up playing almost every sport imaginable in his backyard, recreating memorable sports moments that he saw on TV, and recording himself reenacting them. In high school Aiden played soccer, lacrosse, ultimate frisbee, and pole vaulted for his school’s track team. When he wasn’t playing sports, he was making posters and advertising for his school’s homecoming, prom, and various other social events. Since he has a love for both marketing and sports, he hopes the Elon Sports Vision program can allow him to blend the two passions together and create fun, engaging media for the university’s sports programs. 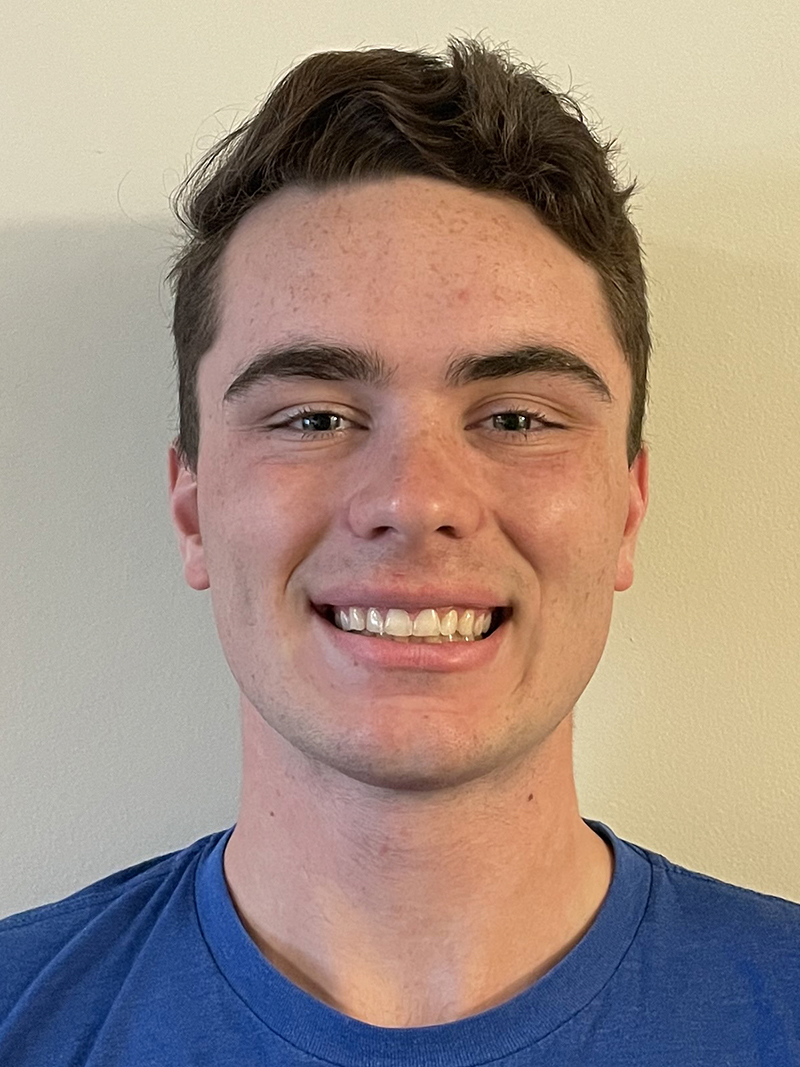 Lower Moreland High School
Philadelphia, PA
Despite not having broadcasting experience, Matt Haggerty is quite knowledgeable when it comes to athletics because he have played them all his life. Due to the COVID-19 pandemic, he was forced to create his own highlight tapes as part of his baseball recruiting process. While doing so, Matt found a particular interest in making video content and he hopes to continue developing his skills in the Elon Sports Vision program. He said he is beyond excited to get started program and cannot wait to find potential career paths in the sports industry.

Grafton High School
Yorktown, VA
Sammy Johnson always been interested in playing and watching sports since a young age. His dad has been a sports writer for the Daily Press (Newport News, Virginia) and for William & Mary for 20-plus years, so he received an early introduction to athletics. He has always had an interest in taking random sports quizzes on Sporcle, so a career in the sports industry makes sense. In the future, he’d like to serve as a scout for a professional team, identifying and developing tomorrow’s stars. 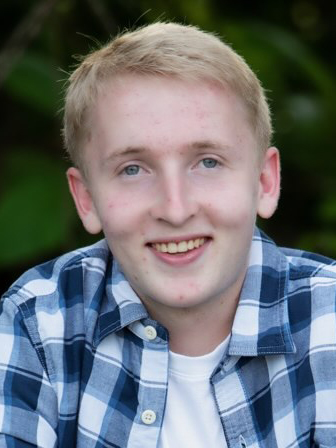 Hough High School
Charlotte, NC
Richard Kleckner is a native of Charlotte and has always been drawn to athletics. He grew up playing soccer and basketball. He plans to major in sport management and his goal is to land a position with a professional sports team. He said he is excited to study at Elon and be a part of the Elon Sports Vision program. 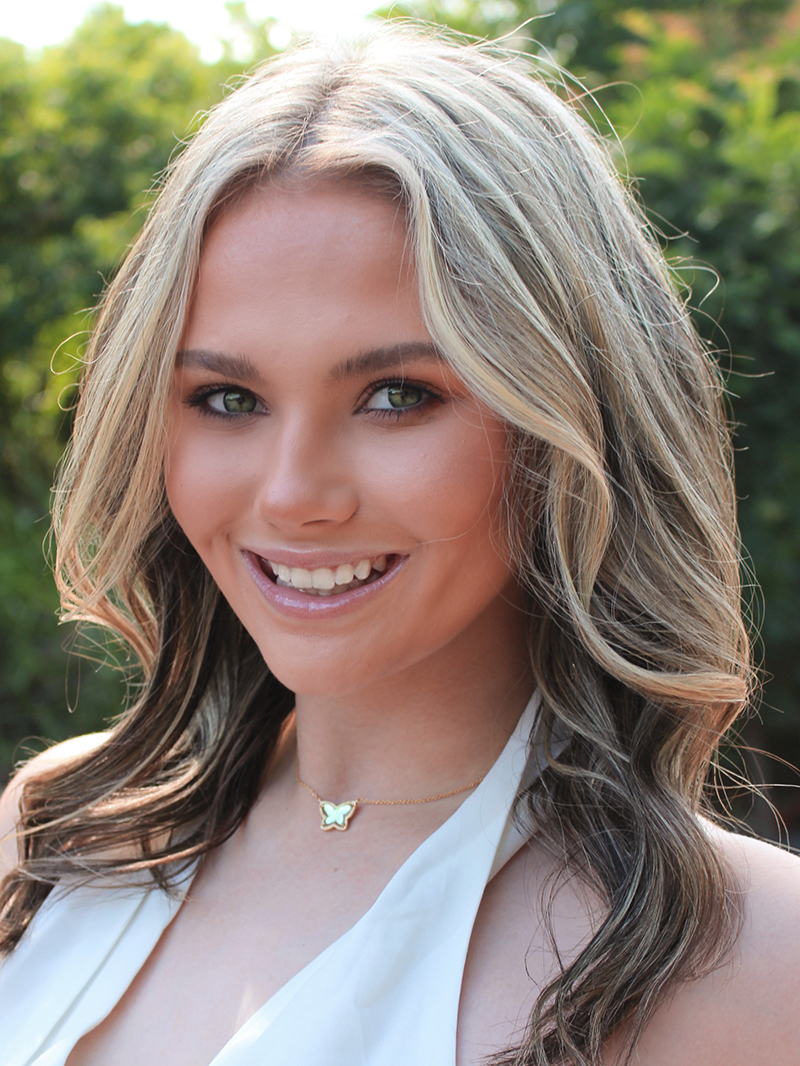 Queens Grant High School
Charlotte, NC
Throughout Lizzie Kuebler’s life sports have always played a major role. Having grown up with a dad who coached football, most of her earliest memories are on or around the field. While attending countless games and watching film with her dad, she developed an interest in becoming a sideline reporter. In high school, she played on the varsity volleyball team and was a member of the varsity cheer team. Additionally, she found time for her true passion – dance. She has been a dancer for 16 years and attended a performing arts high school as a freshman and sophomore, where she was the vice president of Dance Honors Society.

Bishop Hendricken High School
Coventry, RI
Zachary Padula has been involved and interested in sports since childhood. In high school, he got involved in his school’s sports management club, which took his interest for sports to another level. As a member of the club, he learned the intricacies of game prep and social media. These experiences showed him exciting parts of the sports industry he didn’t know existed. 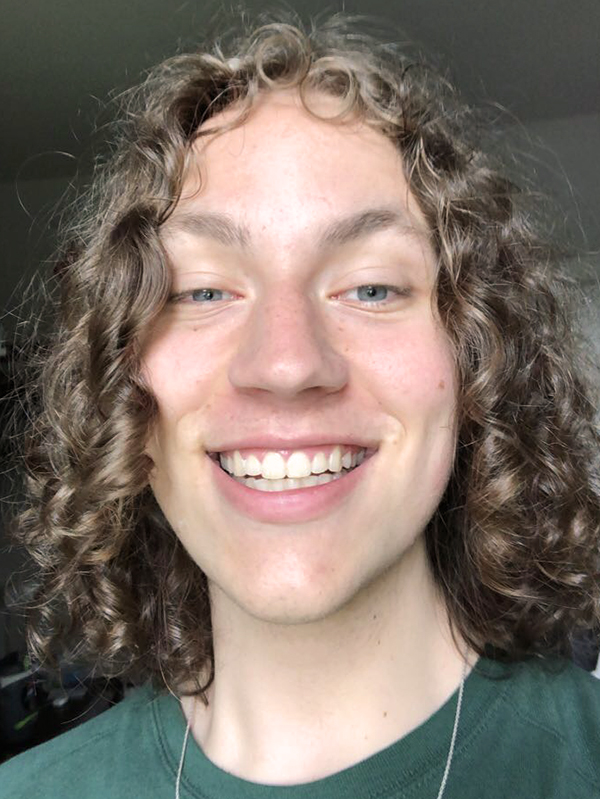 Cab Calloway School of the Arts
Wilmington, DE
Jackson Politis has always had a passion for sports, but was not the most athletic kid on the field or court. He still participated in many sports because of his love for the competition and the community he had built around athletics. While in high school he took classes where he learned how to work a camera, lighting design, and other production skills. He looks forward to using his passions and finding his place with the program.

Algonquin Regional High School
Northborough, MA
Brady Quinlan has been a die-hard Boston sports fan for as long as he can remember, and has been involved in sports his entire life. Quinlan grew up playing baseball, football, basketball, running cross country, and has been recently competing in MMA. Additionally, Quinlan has had experience coaching youth sports during his high school career. He also ran a student-produced sports show at his high school. He said he is excited to be a part of the Elon Sports Vision program and hopes to use the opportunity to find a job somewhere in the sports industry. 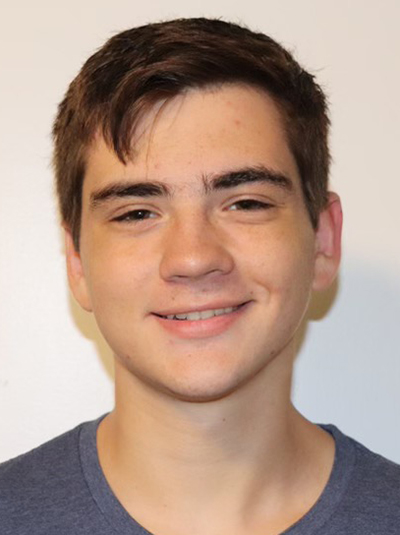 Spring Ford High School
Royersford, PA
Nathan Romano first became interested in sports with the 2013 Philadelphia Eagles, and ever since then his interest in football, basketball and baseball has only grown. An accomplished musician in high school, he participated in the drumline for his marching band and drum set for his school’s jazz band. These musical endeavors awarded Nathan unique opportunities to better understand the game of football. He has attended countless high school football games and had the chance to attend the 2019 Peach Bowl in Atlanta where Joe Burrow and the LSU tigers took on Jalen Hurts and the Oklahoma Sooners.

Needham Broughton High School
Raleigh, NC
Tory Schafer has participated in sports throughout her life, but volleyball was always her favorite. She played for her high school team as well as eight years with the Triangle Volleyball Club. Sports have played a crucial role in her life so the curiosity on how to broadcast athletic events came naturally. Tory was a part of Broughton High School’s Hospitality, Tourism and Sports Marketing Career Academy, initiating her fascination of the behind-the-scenes work in the sports industry. She said she is excited to be on the other side of sports, and she hopes to learn and grow through the Elon Sports Vision program.

South Mecklenburg High School
Charlotte, NC
A native of Charlotte, Nathan Sullivan loves to compete in cross country and track. His family has had a long affiliation with Elon University, as his grandmother taught at the institution for more than 20 years. As a result, his decision to attend Elon was an easy one. He cannot wait to expand his academic and social endeavors over the next four years at Elon. Go Phoenix! 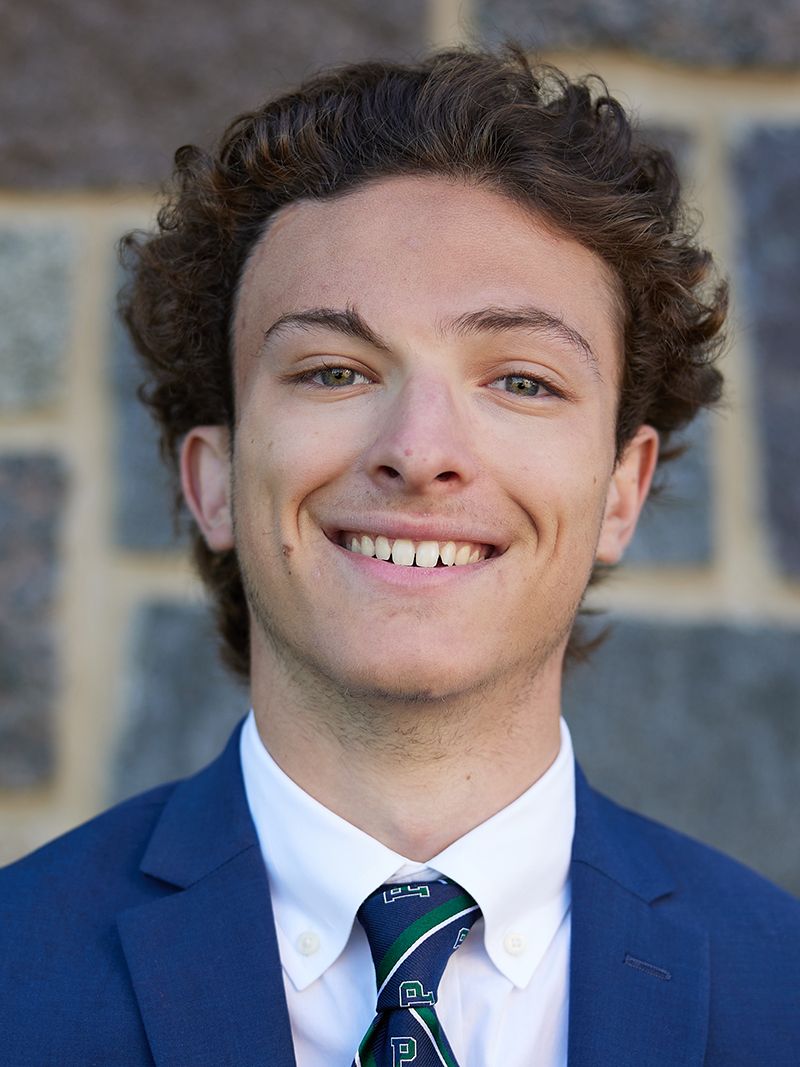 Pingree School
Marblehead, MA
Brendan Willett grew up playing and watching sports, and has always had a strong passion for the sports entertainment industry. As a sophomore in high school, he co-founded a podcast that analyzed professional and collegiate sports. As an Elon Sports Vision Scholar, he is eager to strengthen his skills in sports broadcasting and contribute to the great culture of sports fans at Elon, with the hopes of one day establishing a career in sports broadcasting. 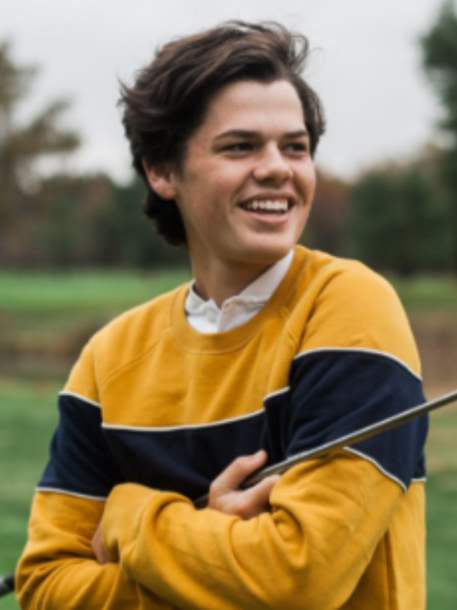 Archbishop Moeller High School
Cincinnati, OH
Sports have been in Wyatt Woodard’s life ever since he can remember. The Ohio native grew up playing most sports, but eventually switched to playing golf competitively. He played throughout high school and served as a team captain as a senior. During his last year of high school, he also served as the senior director of his school’s sports media club where he got experience as a play-by-play commentator. Sports statistics, player resumes, and team news have always intrigued Wyatt. As a youngster, he regularly woke up hours before school started to watch “SportsCenter” highlights. His dream job is conducting commentary for the NBA/PGA, or serving as a host of a sports debate show.