Meet the 2020 cohort of Elon Sports Vision, the student organization that partners with Elon Athletics to livestream sporting events at an ESPN-quality level.

Kaitlyn Andolena hails from Byram, New Jersey, and attended Lenape Valley Regional High School. In high school, she was a member of the National Honor Society, as well as a member of the French Honor Society and several community service organizations and clubs. Growing up with a football coach as a father, Kaitlyn developed a passion and love for sports at an early age. She played basketball for seven years and pursued boxing while in high school. She is majoring in journalism at Elon and hopes to work in the sports broadcasting industry. 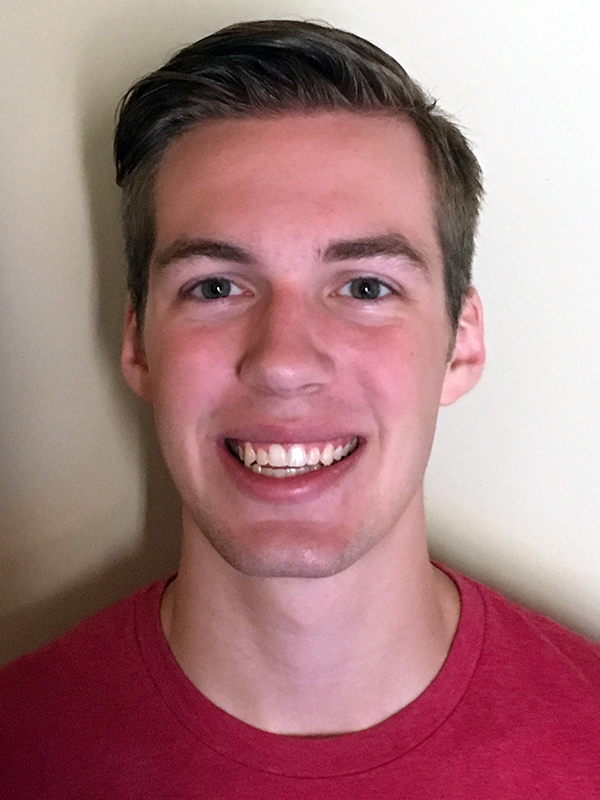 After growing up in North Carolina, Gray Aust moved to Greenville, South Carolina, and graduated from Eastside High School. Gray graduated with multiple high school accolades including membership in the National Honor Society, National English Honor Society, and International Thespian Society (Drama Honors Society). He was the captain of Eastside’s varsity basketball team and was awarded the team’s most valuable player award. After the conclusion of the season, he played the lead role in Eastside’s production of “High School Musical.” Gray’s love of sports stemmed from being surrounded by many great athletes at Wake Forest University, including current Michigan football offensive coordinator Josh Gattis and NBA All-Star Chris Paul. When the time came to look for a college to attend, Gray sought out a school with a great sports broadcasting program. He stumbled upon Elon while attending a Phoenix football game to watch his sister cheerlead for an opposing team. He immediately fell in love.

Helene Bergere was born in France and lived abroad for 12 years before relocating to Kansas City, Kansas. She graduated from Barstow High School in Kansas City, Missouri, where she was an active student-athlete. Helene played varsity tennis and soccer for four years, while also making ceramics. She also took an interest in journalism during her sophomore year and played an essential part, both on camera and off in the control room, during her school’s daily “BTVN” shows. The class taught her to master the equipment necessary to make a show and livestream the broadcast. Eventually, Helene served as livestream executive producer and especially enjoyed the director, technical director and replay positions.

A native of Miami, Florida, Arthur Falconi was a member of an award-winning journalism program, Christopher Columbus News Network (CCNN), where he earned national and state recognition. He was also CCNN’s webmaster responsible for updating its website daily and oversaw its graphics department. Arthur also produced and broadcasted his high school’s live sporting events. Additionally, he volunteered with a nonprofit organization called Shoes for Streets, collecting shoe donations for distribution to the homeless. Falconi intends to major in marketing at Elon. 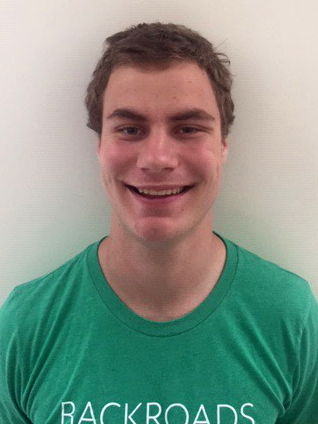 Owen Gund grew up in Weston, Massachusetts, and attended the Groton School. It has been a lifelong dream of his to work in the sports broadcasting industry. Owen’s grandfather has been blind since his early thirties and growing up Owen attended professional sporting events with the elder Gund, providing him play-by-play of the action. This is where his love for sports broadcasting developed. Gund pursued his passion for broadcasting in high school, where he livestreamed his school’s varsity hockey games live on YouTube, providing play-by-play coverage, of course. He also interviewed his school’s student-athletes and shared the conversations on the YouTube channel. Since childhood, Gund has played hockey and tennis and started running cross country in high school. He captained the varsity cross country team and was a member of the tennis team that advanced to the New England finals two years in a row. He plans to participate in club tennis at Elon. 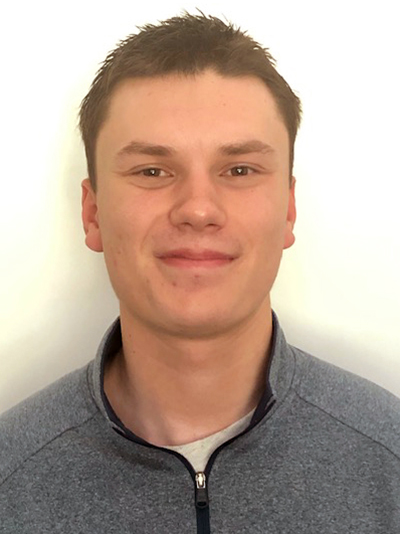 Ryan Justice graduated from North Raleigh Christian Academy in Raleigh. In high school, he was a member of the National Honor Society and the Fellowship of Christian Athletes. In addition to excelling academically, Ryan has always been an avid sports fan. He played seven years of competitive basketball for both school and AAU travel teams. Ryan was named team captain four times, received the program’s Offensive Player of the Year award twice, and was awarded the NRCA basketball award during his senior year. Through these athletic experiences, he developed leadership skills, a teamwork-oriented attitude, and a driven work ethic. Ryan has not declared a major at this time, but he is excited for the opportunity to be in the Elon Sports Vision program and to pursue his interest in sports broadcasting. 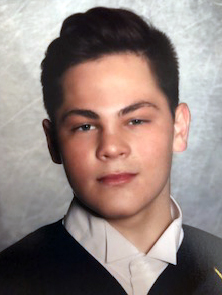 Noah Levine is from Little Neck, New York, and graduated from World Journalism Preparatory School in Flushing, New York, where he received awards for outstanding achievement in broadcast journalism and financial literacy. At his small public high school with a journalism focus, Noah was fortunate to discover his love of working behind and in front of the camera. As an anchor and producer of his school’s news show, “The Highlight,” Noah learned how to shoot and edit videos, create news packages, and refine his on-camera presence. This experience inspired him to pursue communications at Elon, where he is looking forward to getting involved in student media organizations. Currently, Noah plans on majoring in cinema and television arts with a possible minor in business. Noah is also passionate about boating, sailing and water skiing.

Olivia Nevin is from Virginia Beach, Virginia, and attended nearby Greensboro Day School. During her high school career, she was a member of the National Honor Society and played volleyball for three years and soccer for one season. She has always been interested in the entertainment industry, specifically music, but when she was given the opportunity to join the Elon Sports Vision cohort, she jumped at it. In addition to her sports interest, she looks forward to learning more about directing and cinematic arts while at Elon. 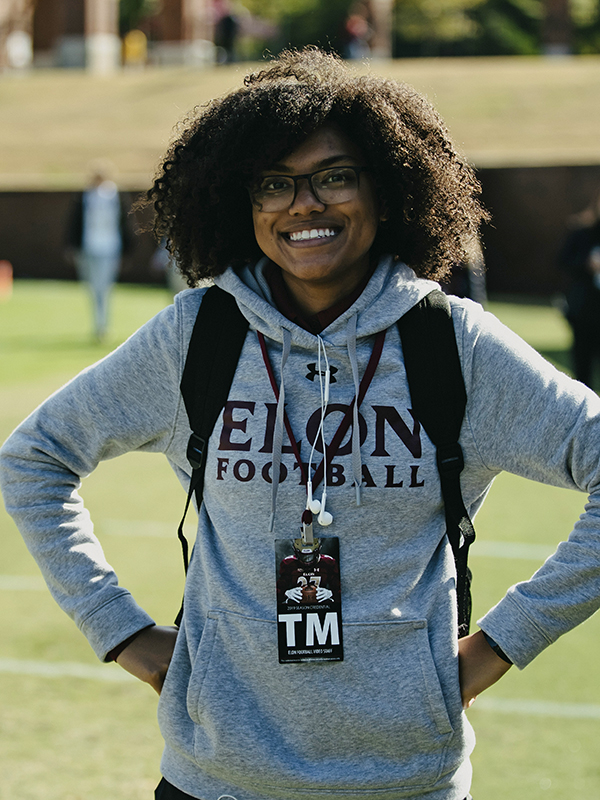 Kendall Saulsby is from Charlotte and attended Charlotte Catholic High School. She was a student ambassador, executive student body president, and a junior varsity basketball team manager. Kendall played basketball and softball for eight years. During high school, she was on the varsity softball team and a travel team. She also played junior varsity, AAU and CYO basketball. Kendall is a in cinema and television arts major, who loves watching films.

Miracle Smythe hails from Reynoldsburg, a small town in Ohio, where she was an active student and community member. At Reynoldsburg High School, she was a member of the superintendent’s Student Advisory Council, Reynoldsburg Youth and Human Trafficking Coalition and the National Honor Society. Additionally, she played tennis and participated in plays and musicals. Smythe was also a member of her high school’s student council, serving as director of marketing, where she learned the importance of networking and teamwork. She plans to double major in cinema and television arts and journalism.

Connor Thomas is cinema and televisions arts major from Charlotte who attended Providence Day School. He has always been interested in creating films and the inner-workings of a live broadcast. During Connor’s sophomore year he helped create the Providence Day Sports Network (PDSN), the school’s main broadcasting club and network. He produced the school’s live broadcasts while also creating creative content. Connor later become a technical director and producer for live broadcasts at Elevation Church. There he learned how to lead a production team in a professional broadcast setting, and use industry-standard equipment such as Ross Acuity, Varicam, Snell Kahuna, DigiCo mixers, and much more. During his junior year, he created Thomas Film Productions, a film production company that produces commercial and documentary films. Thomas has filmed the NASCAR Coca Cola 600, commercials for Cross Country Adjusting, documentaries, and a film for B.R.A.K.E.S. Driving School. Through all of this, Connor has worked on various productions, from full commercials with Arri Alexas to technical directing an eight-camera live broadcast.

Carrie Underwood is from Davidson, North Carolina, and attended the Cannon School. In high school, she was a part of the National English Honor Society as well as Rho Kappa Social Studies Honor Society. During her freshman year, Carrie participated in varsity track and cheerleading. She spent most of her time on stage with her theater company participating in more than 10 productions during her high school career. After rehearsal, Carrie regularly attended sporting events around campus. Whether she was cheering on her best friend during a tennis match, or chest bumping her friends when the home team scored a touchdown, her love for sports is undeniable. She is a journalism major and her dream is work for a magazine conducting interviews and writing articles.

From Knoxville, Tennessee, Connor Witsoe has always had a passion for playing and watching sports, especially baseball. He first got into sports when he was five years old watching the Chicago Cubs and Bears with his father. In high school, he was unable to make his school baseball team during freshman and sophomore year, but he still wanted to be a part of the team, so he decided to serve as a coach’s assistant. Finally, in his junior year he earned a spot on the junior varsity team and made the varsity squad his senior year. Along with playing baseball, he also ran cross country throughout high school. He was a broadcaster for his high school broadcasting team, primarily commentating play by play, but also did color. His hopes to become a play-by-play broadcaster, which he admits has a difficult career path. As a result, when making his college decision, he wanted to find a place that would offer him the most experience. When reading about Elon, he found the Elon Sports Vision program – the primary reason he chose to attend Elon.