Meet the 2019 cohort of Elon Sports Vision, the student organization that partners with Elon Athletics to livestream sporting events at an ESPN-quality level. 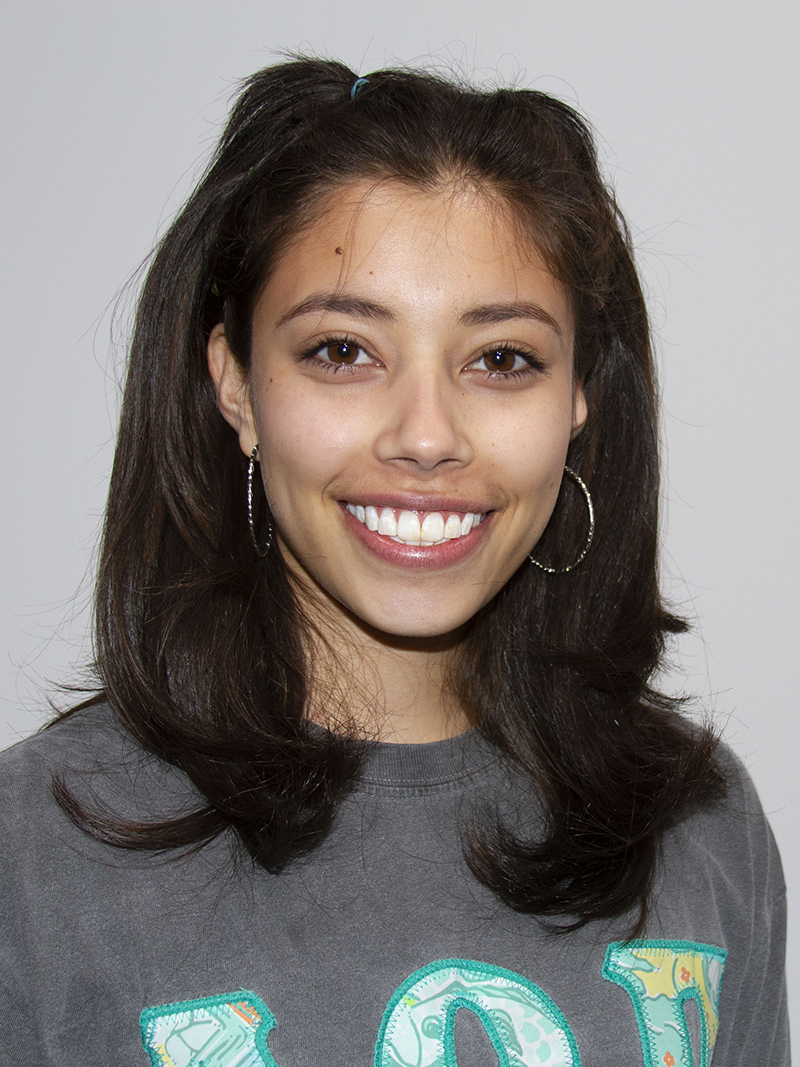 Sam Aberbach hails from Kinnelon New Jersey. In high school, she was in National Honors Society, as well as Latin Honors Society, and the Tri-M Music Honors Society. An avid sports fan, Sam played lacrosse for seven years, completed in running events and pole vault for her school’s track team, and handled statistics for the high school wrestling team. She is currently a cinema and television arts major, and has found a passion in show producing working with ESTV’s sketch comedy show “Laugh Tracks.” Her dream is to one day be a writer for “Saturday Night Live,” and possibly write and direct her own Hollywood movie. She cannot wait what opportunities Elon’s communication program will provide. 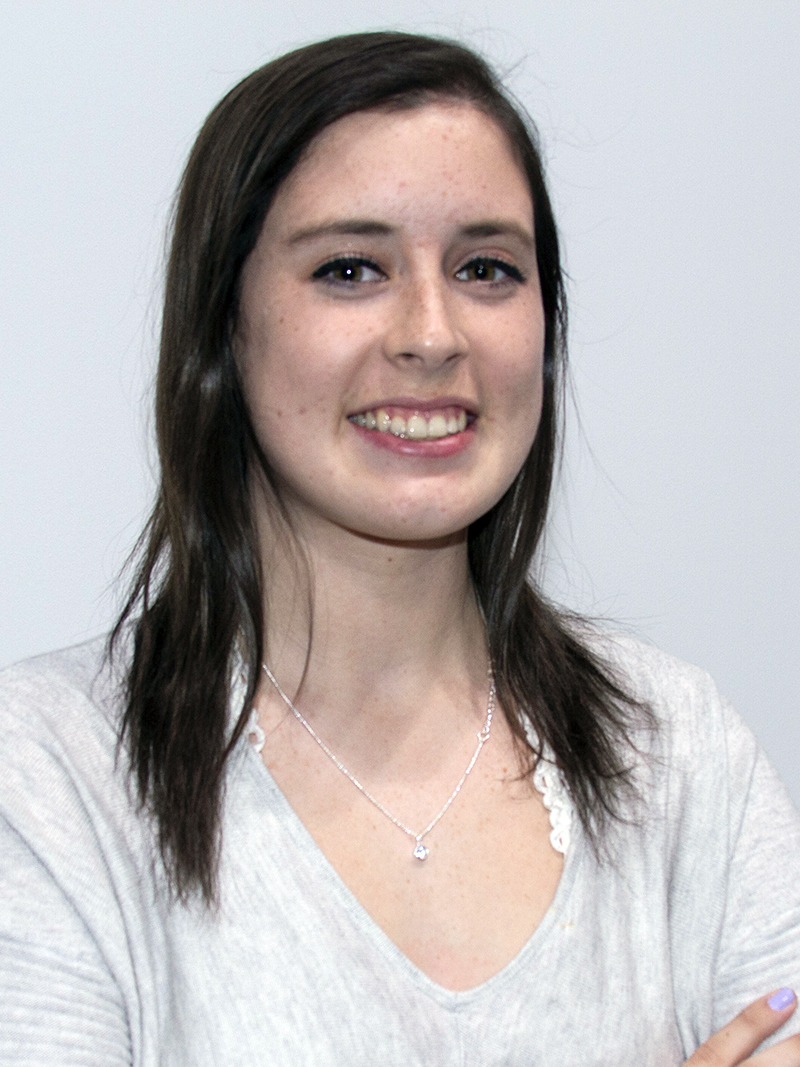 Ashlee Brackett graduated from Northern Nash High School in Rocky Mount, North Carolina. She served as vice president and social media coordinator for Fellowship of Student Athletes, was a four-year starter for both the varsity volleyball and softball team, and was sports editor for her school’s yearbook. She also participated in National Honor Society, Northern Nash Pep Club, and danced for her local studio for 15 years. At Elon, she is majoring in journalism with minors in sport management and coaching. In addition to the Elon Sports Vision cohort, she is involved in Fellowship of Christian Athletes, “Elon Phoenix Weekly” and serves as the team manager for Elon’s volleyball program. When deciding on college, Ashlee wanted to combine her love for sports and her academic interests in broadcasting, so she was really thrilled with the opportunity to be a part of a cohort. Through ESV, Ashlee learned a lot more about sports broadcasting and the different fields looking at jobs like technical directing, filming, producing, shooting and telecasting. She looks forward to putting what she learned in her future career as a sports broadcaster. 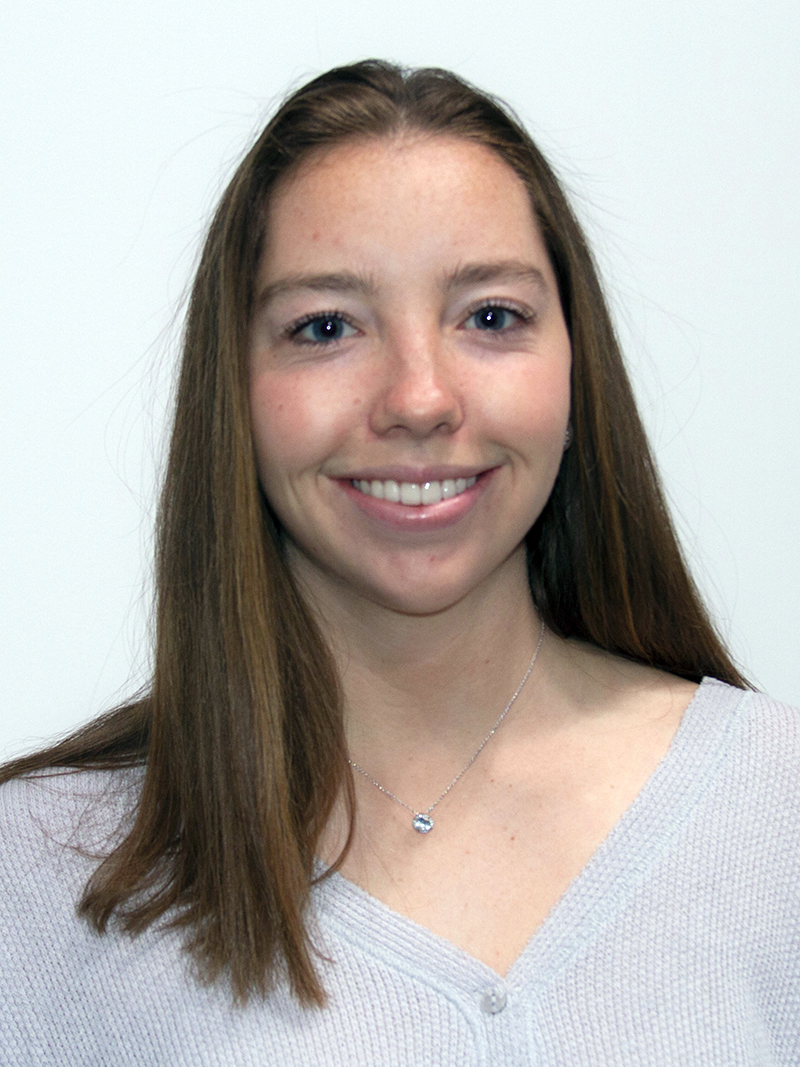 Margaret Jacobs graduated from Princeton High School in Princeton, New Jersey. In high school, she excelled in academics and was involved in several extracurricular activities. Most of her free time was spent playing varsity field hockey and lacrosse. When she was not on the field, Margaret was involved in several clubs, including Think Pink, the 101: Fund, and the Special Olympics. Additionally, she was a part of the National French Honor Society. During her sophomore year, Margaret took a media studies class, which inspired her to pursue communications. She is thrilled to be in the Elon Sports Vision cohort and has enjoyed the experiential, hands-on learning. This program has given her numerous opportunities including looking inside the ESPN production truck and talking to a producer, going to the PNC arena in Raleigh to meet a director and watch a Hurricanes game, and even shooting and producing short videos. ESV has been a great source to help Margaret get more involved and explore various aspects of broadcasting. 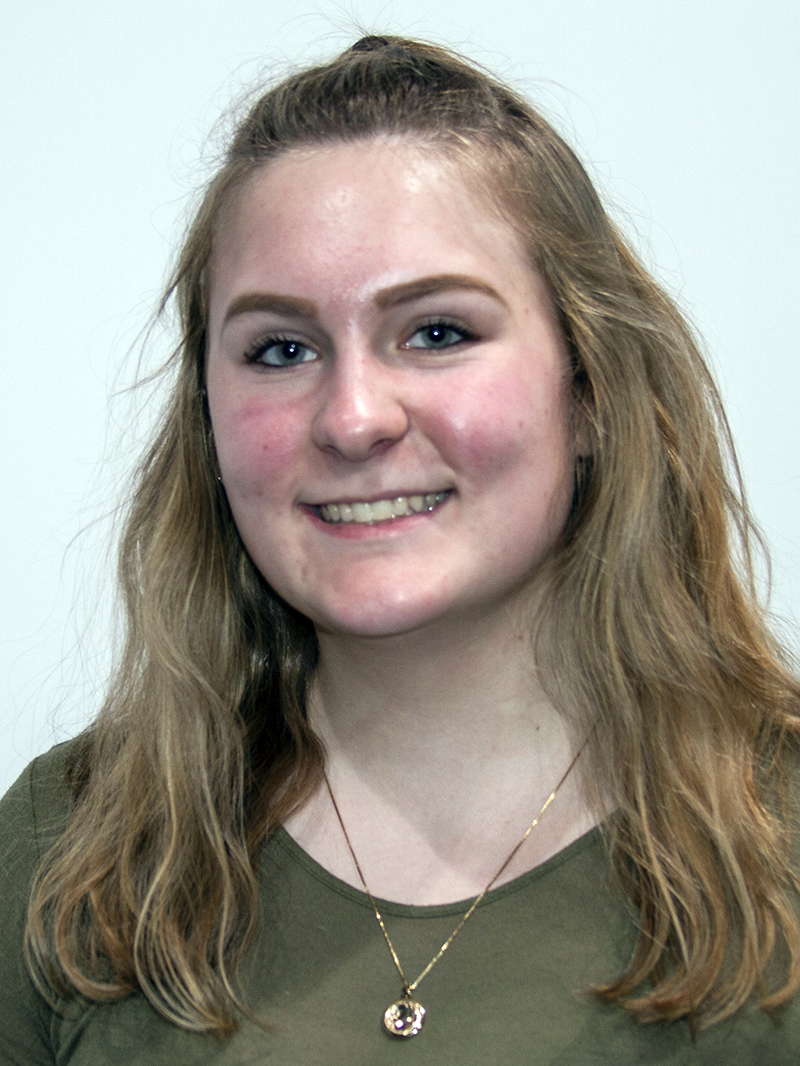 Claire Latimer graduated from Fairfax High School in Fairfax, Virginia. She served as senior class president, a representative to the superintendent’s Student Advisory Council, choir executive board, and a varsity soccer manager. She also participated in National Honors Society, Rho Kappa National Social Studies Honors Society, Tri-M Music Honors Society, and founded a student athletic council. At Elon, she is double majoring in strategic communications and sport management with a minor in Spanish. In addition to the cohort, she is involved in Sport Management Society, Public Relations Student Society of America, Women Influencers in Sport, Elon Women’s Club Basketball, Alpha Omicron Pi Fraternity Epsilon Chi Chapter, and “Elon Phoenix Weekly.” The Elon Sports Vision cohort has taught Claire a lot about sports broadcasting, from the technical aspects of working with a camera and shooting to editing the final product in Adobe Premiere. The cohort has taught her a lot about the sports industry that she wouldn’t have learned otherwise and has also enhanced what she’s learned in her sport management and communications classes by letting her see the theories and practices she learned in a real-world perspective. 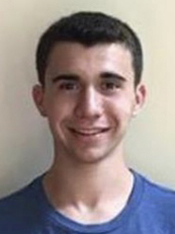 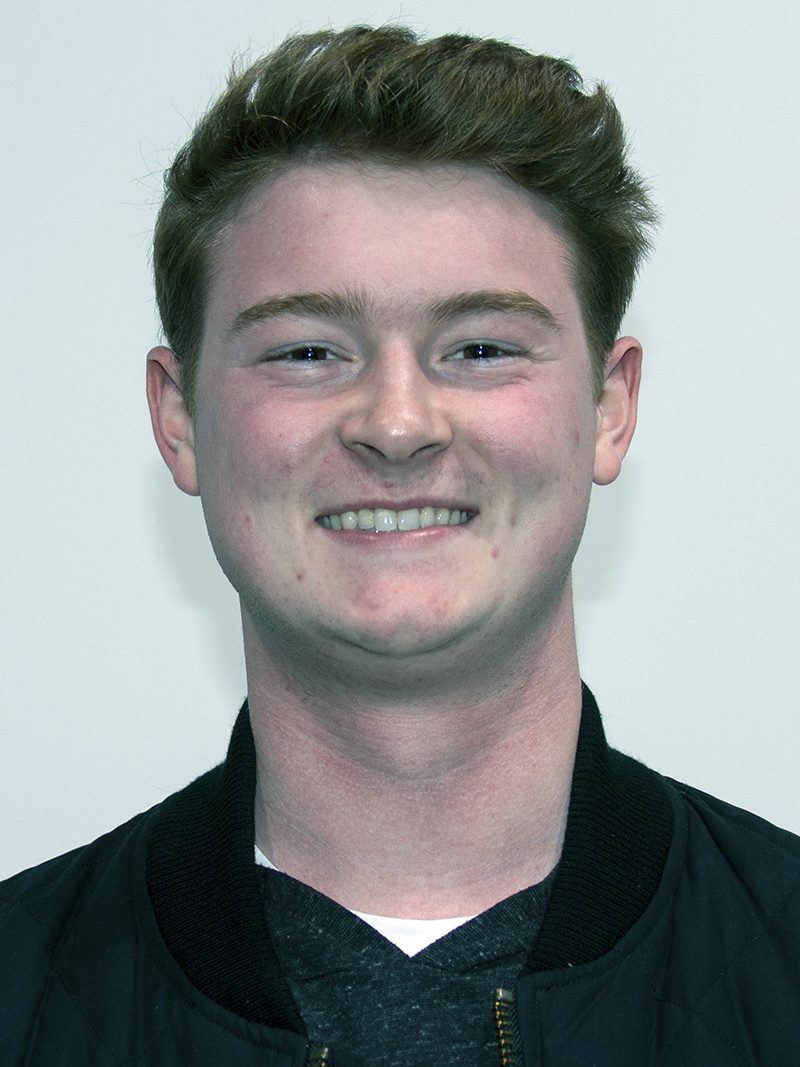 Tellier Lundquist is a journalism major and finance minor from Seattle, Washington. He has always been a sports fan and played baseball and basketball most of his life. Tellier knew that he wanted to be a part of sports broadcast for a long time, but never had the opportunity to pursue that passion until he came to Elon. Being in the Elon Sports Vision cohort gave him the opening he was looking for to get into the broadcast business. After having no experience in high school, he now has worked every position for broadcast, including camera, replay, commentating, and more. His primary focus is on commentating because he wants to be a play-by-play commentator. Not only is he a part of the broadcasts through Phoenix All-Access, he also hosts “Elon Phoenix Weekly,” a television show about Elon athletics, hosts a sports radio talk show titled “Misinterpreted,” and he play on the club baseball team. 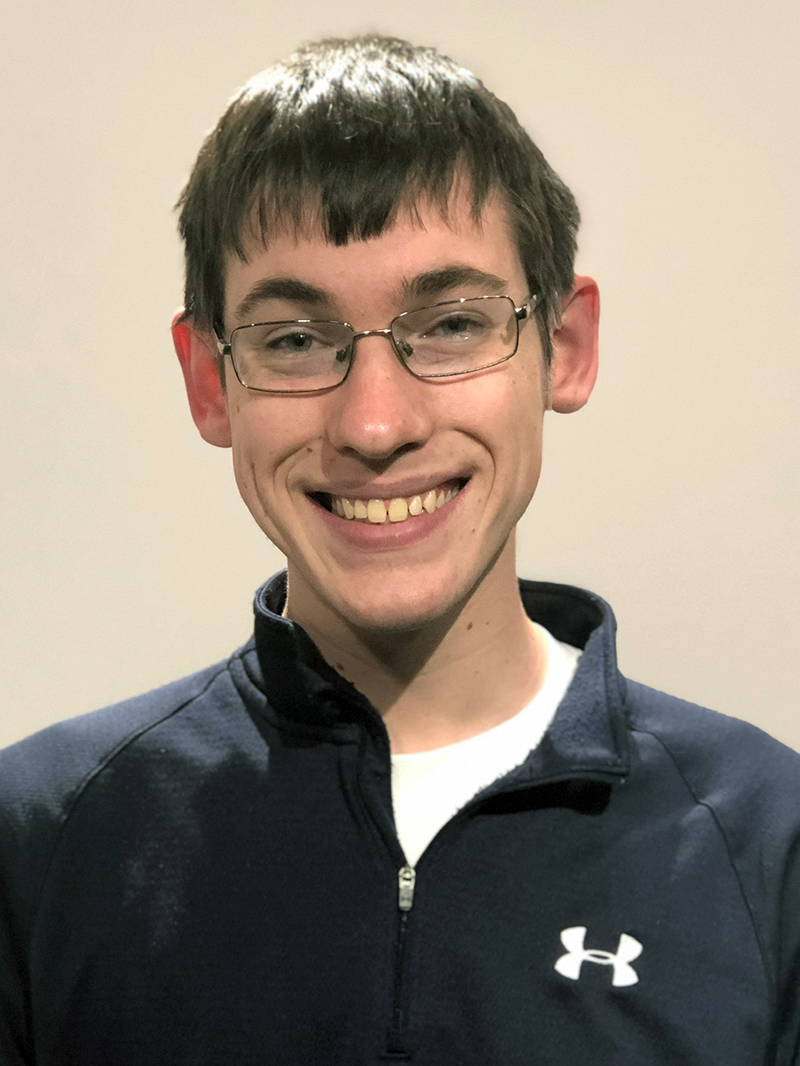 Kyle Sorensen is from Greenland, New Hampshire, and graduated from Berwick Academy in South Berwick, Maine. Sorensen played basketball for four years and played a trimester of soccer in my freshman year. Sports have been a huge part of his life, and he thought it would be a great opportunity to join the Elon Sports Vision cohort when he was offered the chance. During his time in the cohort, Sorensen has learned how sports are marketed and produced for TV, as well as the camera work and editing that happens behind the scenes. One of the coolest experiences the cohort has had this year was attending a Hurricanes game at PNC Arena. Before the game, the students met with the GM of the arena, as well as the marketing director for the Hurricanes, and the cohort received great insight into running a sports organization. ESV has been a great experience for Sorensen so far, and it has given him great understanding of the behind-the-scenes aspects of the business. 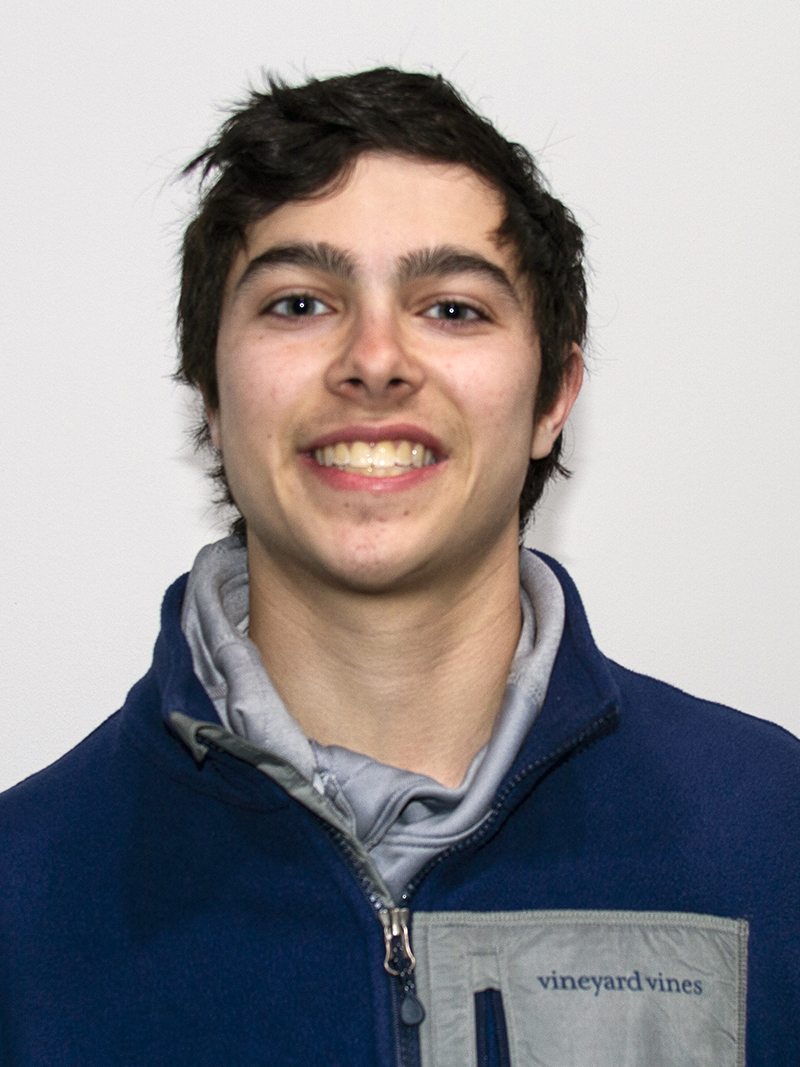 Jason Waldman is from Needham, Massachuetts, where he graduated from Beaver Country Day School. As a two-sport varsity athlete, Jason played tennis and golf as well as served as captain of the 3rds basketball team his freshman and sophomore year. In high school, Jason volunteered as an assistant basketball coach for fifth and sixth graders in his hometown. While coaching, he learned about leadership and how to mentor younger kids. Jason was the president of the Sports Debate Club at his school for two years and taught students how to organize an argument and present it to another side. Currently, Jason is planning on double majoring in strategic Communications and media analytics while minoring in sports management. At Elon, he is a part of the Sports Management Society and is a member in Club Tennis. He is looking forward to his next couple years at Elon and thrilled to be a part of the Elon Sports Vision Team.